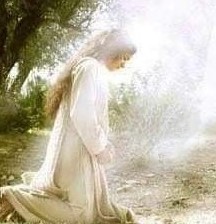 Saints, I’ve been silent for a while, but feel released to share part of what’s taken place since my last post.  God’s showing His people will soon be faced with situations and testing as never before.  This post will be a little longer than normal, but bear with me as I cover several points, which should ultimately converge.

The first part of September, the Lord had me move from the center of a large city to a remote, rural area.  Just before the move, God said, “When you leave here, shut the door and DO NOT LOOK BACK!”  I’d also been shown where He was sending me was to be a place of prayer and supplication, to speak forth the things of God.

Although thrilled to be heading out in this new direction, I was somewhat intimidated at the thought of living in such a remote place, so asked, “Lord, who will help me? Am I to be out there all alone?”  He said, “You will not be alone, I will be with you.”

The first few weeks were filled with the busyness of moving and getting set up.  I was so happy with the peace and quiet, and kept thinking, “What a place to be totally alone with God to pray!”

But as things began to settle down, this city girl was hit with the realization; for the first time in my life I was all alone, out in the middle of nowhere, surrounded by woods!  Then came the silence; a deafening silence, the likes of which I’ve not experienced.

I felt alone and cut off from everything I knew.  It became increasingly difficult to focus, to pray, or hear God!  I continued to seek Him by doing what I knew to do – the spiritual disciplines of prayer, study, and fasting; but the silence continued.

Then came the interrogation, with questions such as: “Why was I out here alone?  Had I really heard God correctly?”

On the morning of September 23, 2020, shortly after a time of prayer and study, the Holy Spirit whispered:

“All, with unveiled face, are being transformed into the same image from glory to glory.”

I was startled, because it seemed to come out of the blue, having nothing to do with what I’d been praying and studying, so I asked for further understanding about this word.

The rest of the day I researched everything in scripture about a veil, as well as its various uses.  A veil is used to hide, to disguise, or as in Ex. 26:33, to separate.

God then began to show the marked contrast between His ways and the ways of darkness.  Ezekiel 13:18-21 shows how charms and veils are used in witchcraft.  Even today, during many satanic initiation ceremonies, they stand 6 feet apart with mouths veiled to show submission to their “new master.”

But Paul said the veil is taken away in Christ; when we turn to the Lord the veil is removed (2 Cor. 3:12-18).  God requires total transparency, with nothing hidden as we come before Him.

That night my heart was heavy, as I saw a sea of people all over the world wearing masks of every shape and color.  The Lord made clear the spiritual realm was manifesting into the natural, with the “church” blending in perfectly with the masses, her face fully veiled and masked.  It was only fitting that her mouth be covered, as she had refused to speak forth the Truth of God!

At that point I asked, “Lord, what would You have me do?”   Because of the mask requirement in my area to enter a business, I’d need to change where/how I shopped, etc.  In essence – there would be consequences for not adhering to the “rules.”  I prayed fervently for more revelation and interpretation before retiring that evening.

Upon awakening the following morning, the Holy Spirit said,

Brethren, suffice it to say I began going through much agony and warfare in spirit in the weeks following that question.  Everything intensified.  It’s as if a dark cloud encircled me and I couldn’t do much more than just hold on.  I believe I had to go through, to a degree, some of what I’m being asked to share with you now.

But the Lord’s faithful, and He prepared me for this fight.   He provided everything needed beforehand.  He told me to “Go!” when it was time to leave my previous residence.  As I shared, He also told me to shut the door when I left and not look back.  He promised I would not be alone, that HE would be with me.

I was tested on every one of those points.  My physical flesh was screaming to go back to the conveniences of “Egypt” where things were easier and more convenient.  Being alone in extreme quietness – not hearing or even “feeling” the presence of God would have been unbearable IF I hadn’t previously heard His clear instructions.  So, I held on for dear life, refusing to believe what my senses were telling me.  I held onto His Word, that even if I never heard or felt Him again, it didn’t matter, because my God would never leave me nor forsake me!  He lived in me and I in Him!  I chose to believe His word at all cost.

The question, “Are you willing to suffer for Me?” kept being asked throughout all of this.  Once I was able to answer, “Yes,” the Lord moved mightily to show where the enemy was coming through.  That too was something He’d already instructed me to do upon my arrival, but I’d procrastinated. As soon as this was carried out, the dark cloud lifted – immediately!

Saints, everything is converging right now.  All the veiling and distancing the world’s witnessed was the devil’s “initiation ceremony.” It was like phase one of what’s to come.  But we are not to be ignorant of the devil’s devices.  Instead, we are to be wise as serpents and harmless as doves.  This is a very important key!  Each must be led by the Holy Spirit during this time.

We were told just over a year ago to “Veer Off! They Are Headed for Destruction!”  In that dream, the path we’re to veer onto is a tiny exit ramp, and we’ll not be able to see where it leads.  God called it “Uncharted Territory.”  It will be a total walk of faith.  I believe this is right where we are today, approaching the entrance to that ramp.  Those with ears to hear are hearing the call.  The Spirit is bearing witness – the next phase is about to begin! It’s time to earnestly take heed to what God said in April, “Gird Yourself!”

Just know, when you begin to veer off the wide path, your flesh will scream for you to go back – just as the Israelites continued looking back at how “wonderful” they had it in Egypt.  The devil will hit you with similar tactics as described herein – tailored just for you.

But God’s saying to us:

“When you leave, shut the door and DO NOT LOOK BACK!”

“You will not be alone; I will be with you.”

“All, with unveiled face, are being transformed into the same image from glory to glory.”

God’s letting us know His people, those with “unveiled” faces are to be transformed into the same image, and we know it’s the image of our risen Savior.  The unveiled ones are those who will NOT submit to the devil; they will NOT bow their knee to anyone except the true King of kings and Lord of lords; His Name is Jesus Christ!  These will be taken through a process of final cleansing and purification in order to be transformed into His very likeness.

Be encouraged, Saints!  God’s positioning each of us within the Body as it pleases Him, to become His Fullness, preparing us to be used in the coming harvest.  Abide in Him; remain covered with His armor; pick up the sword of the Spirit, which is the very Word of God!  Fear not, for God will prepare you for this fight!

Please pray for further revelation and interpretation.  I hope those going through similar situations right now will be encouraged as you focus on the promises and goodness of our God!

Prepare for the Fight!

Veer Off! They Are Heading for Destruction!

You Must Take Dominion

Come to the Garden

Exodus 26:33b, “The veil shall be a divider for you between the holy place and the Most Holy.”

Ezekiel 13:18-21, “Thus says the Lord God: “Woe to the women who sew magic charms on their sleeves and make veils for the heads of people of every height to hunt souls!  Will you hunt the souls of My people and keep yourselves alive? And will you profane Me among My people for handfuls of barley and for pieces of bread, killing people who should not die, and keeping people alive who should not live, by your lying to My people who listen to lies?” ‘Therefore, thus says the Lord God: “Behold, I am against your magic charms…I will tear them from your arms…I will also tear off your veils and deliver My people out of your hand…Then you shall know that I am the Lord.”

Isaiah 25:7, “And He shall swallow up the covering cast over all peoples, the veil that is spread over all nations.”

Acts 5:41, “So they went on their way from the presence of the Council, rejoicing that they had been considered worthy to suffer shame for His name.”

Romans 8:17, “and if children, hears also, heirs of God and joint heirs with Christ, if indeed we suffer with Him so that we may also be glorified with Him.”

Romans 8:18, “For I reckon that the sufferings of this present time are not worthy to be compared with the glory which shall be revealed in us.”