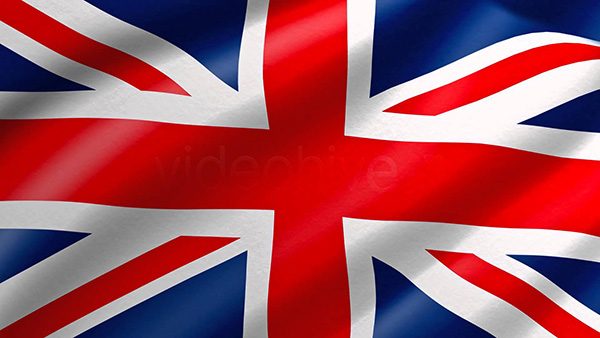 A couple of weeks ago, I was given what I call a “Daniel” type vision. I say this because most of the dreams and visions that LORD gives me are direct; without too much symbolism. But this was not the case with this one. So pray for wisdom and discernment, as I did, regarding what I’m about to share.

It was about the fourth watch, and I went into a vision. In it, I saw three buildings. All three were made exactly the same, the only difference was their height.

On the top floor of the shortest building sat Erdogan, and he was representing Turkey.

On the top floor of the middle building sat Putin, representing Russia.

The tallest building represented the United States, but there was no one seated at the top floor. There were people in the building; all US citizens, but no one was representing us.

I then heard Putin and Erdogan talking. They were angry. It was then that I realized that we (the United States) were being blamed for the explosions. However, we weren’t the cause of it.

Next, Putin formed an alliance with Erdogan, and they called to other buildings to stand with them. I wasn’t given the names of the people or countries in the other buildings. But it was only a couple more that joined in. Together, they began to make plans to bomb our building, and march in to take our people.

My vision then ended.

If you don’t already know, world war three has already begun. The media has just been covering it up with things like the Brexit, the elections, scandals, and reality TV. The fact is, Putin has recently made several threats, and then has moved on them. And in the process, he has warned the United States not to stand in his way. I also found out through research that Russia has rebuilt their alliance with Turkey after their recent failed coup.

There have been many dreams, visions, and prophetic words from people like David Wilkerson and Dumitru Duduman, who have seen Russia invade the US.

In October of last year (2015), the LORD showed me a map of Israel and Iran. He instructed me to begin to pray because Israel was going to strike Iran. He said, “War is about to begin.”

I asked the LORD, what war? And He responded with, “Gog and Magog.”

After this, I went through a period of three days of dreams where I saw war planes; bombers and fighter jets being launched in various places, including the United States. I also saw missiles being dropped on us.

I want to speak on another thing that I heard on September 5 2016. It was an odd thing to hear, yet clear as day. In the spirit I heard, “Tell the Queen that in forty days, great change is coming to the UK.”

Now I know I don’t have access to the Queen of England, but I understood that the change wasn’t for the good. There’s a great shift coming to that area, that will impact them in a major way; even their way of living.

Saints, as always
Stay Alert. Be Ready. Look Up!

I’m having trouble believing that Gogand Magog is imminent because of Rv 20:7-8 which says it’s after the 1,000 year reign and after the devil had been bound for 1,000 years then loosed again and also after the Marriage Supper of the Lamb in Rv 11:7-9. None of that has happened. It isn’t time.

Lately there was a serious bombing in Turkey and just now Russian ambassador to Turkey got severely shot….. And obama is on vacation…. Could this be what Mena saw?

Hi Chloe, i thought the exact same thing a few moments ago as i was watching the tragic news unfold. I visited Mena’s website just yesterday and went through the post, so its fresh on my heart at this time. Let’s see what unfolds next.

Given that obama has been blaming Russia for election hacking recently, it is very possible Putin might wrongly believe US did it, just like what Mena said in this prophecy ?…… Blessings to you Mikey.

Lord,you have brought us to the brink of leaving the EU which in due course and following some hardship will be an empire of evil greater than it has ever been in the past. You used England to birth the greatest and biggest empire the world has ever seen and through that empire you took the Gospel to the nations and blessed us.Now Lord we have abandoned that Gospel and accepted the false gods of that empire and the abominations of rejecting the Lord. However all is not lost Father because from that empire we have strong believers coming here from many nations, returning the faith we took to them and I ask that they be a preservative in our land and that you bing revival to our nation. Wake up the sleepers, show them what is coming and how short a time we have, wake up the sleeping Archbishop and cause him to use his platform to call the nation to repentance , fall upon the house of Windsor, Parliament, England, Scotland, Wales, Northern Ireland, Man, Guernsey, Jersey,,sark and all our territories and heal our land,rescue us Lord, be merciful in Jesus name.

Not to judge her reign, to be hasty.

“Tell the Queen that in forty days, great change is coming to the UK.”

“Forty days” represents her reign. “Tell the queen” probably spoken out to a divine agent. Her reign is a time of testing.

The implications if we get the Gog/Magog event/war are staggering. Sadhu Sundary Selvaraj was pretty clear, and was shown exactly what will happen. Israel will be invaded heavily and fall. She will be offered a land for peace agreement. The day after that agreement is signed a *very* large angel is coming down to strike America, and she will be divided along the fault line of the New Madrid, causing the Mississippi to become about 100 miles wide.

Elizabeth is queen of the United Kingdom of Great Britain and Northern Ireland and its overseas territories. There has been no queen of England since the 18th century. British prophecies are the opposite, the rise of Great Britain and the fall of the eu, which is why God got us out and also put pro Israel politicians such as Theresa May (a Christian) and Boris Johnson in Government. The anti Israel, anti Semite Labour party is falling apart.

There has been no Queen of England since the death of Elizabeth 1st in 1603, Following this the crowns of England and Scotland merged forming what we call the United Kingdom of Great Britain and Northern ireland. All monarchs since Liz 1’s death have been kings/queens of Great Britain, Give us another Elizabeth 1st today Lord, a monarch whom will fearessly defend the Gospel and our country.

Several months ago I was given an image while in prayer of Big Ben getting hit with a tornado. Wiped it out! I didn’t think much of it at that time. I only shared it with a few people. I just thought it was strange and I must admit, kinda cool. But now….? Could be something. I don’t know. Also the movie, “London Has Fallen” and the fact they put up the “arch of triumph” in Trafalgar Square is significant.

Thanks for sharing this James, and to all who pray for us here.

We prayed for you all in our early morning meeting today, Friday, and continue to. I’m more likely to because of Z3 but it wasn’t me today – the Holy Spirit has you in his crosshairs with others too. And on Sunday just gone in church.

I know he likes to hear our prayers for each other!

On August 7th, upon waking I had a closed vision:

I saw a bulletin board and a newspaper front page hanging on it that said in bold letters at the top:

I had an understanding that Erdogan, of Turkey, was speaking of Israel. I believe Turkey will be involved in a peace treaty with Israel, yet the truth will be that Turkey has every intention, along with Iran to conquer Israel.

Rachel, that’s VERY interesting because there must be a peace treaty between Israel and her neighbors as the tribulation begins, Dan.9:27. Did you hear on Trunews tonight that Putin is overseeing peace negotiations between Israel and the Palestinians? Big changes are happening in the ME and Israel, Russia and Turkey are now the main players. (Only Americans don’t know it’s over for America) Many believe Erdogan is the King of the North. If a peace treaty is signed in the ME it’s time to pull out your map of the Ozarks. I think Iran will be neutralized by Israel; and Turkey, after it absorbs Syria, will have a short war with Egypt for control of the Caliphate (King of the North vs. King of the South, Dan 11:40). Russia, Turkey and Israel will divide Syria. Then Erdogan can become the Assyrian, the A/C; Israel can keep the Golan Heights and Russia could get a nice military base on the Black Sea. This meshes perfectly with Bible prophesy.

Shalom Bob,
Something that I find very concerning about Mena’s prophecy is that I have friends who are very gifted in the prophetic and they have had very similar dreams. The two of nations that Mena saw in her dream [Russia and Turkey] are major players in the war of Gog and Magog spoken of in the book of Ezekiel 38 & 39. All the signs are pointing towards the closeness of this attack but America has to be taken out and marginalized.

Ezekiel 38: 1 The word of the LORD came to me: 2 “Son of man, set your face against Gog, of the land of Magog, the chief prince of Meshek and Tubal; prophesy against him 3 and say: ‘This is what the Sovereign LORD says: I am against you, Gog, chief prince of Meshek and Tubal. 4 I will turn you around, put hooks in your jaws and bring you out with your whole army—your horses, your horsemen fully armed, and a great horde with large and small shields, all of them brandishing their swords. 5 Persia, Cush[c] and Put will be with them, all with shields and helmets, 6 also Gomer with all its troops, and Beth Togarmah from the far north with all its troops—the many nations with you.

An “evil thoughts” that will come into their minds and they will plan to invade Israel.

Ezekiel 38: 10 “‘This is what the Sovereign LORD says: On that day thoughts will come into your mind and you will devise an evil scheme. 11 You will say, “I will invade a land of unwalled villages; I will attack a peaceful and unsuspecting people—all of them living without walls and without gates and bars. 12 I will plunder and loot and turn my hand against the resettled ruins and the people gathered from the nations, rich in livestock and goods, living at the center of the land

But we know how this is going to turn out.

Ezekiel 38
18 This is what will happen in that day: When Gog attacks the land of Israel, my hot anger will be aroused, declares the Sovereign LORD.

Thanks Rachel. I saved this word for future reference.