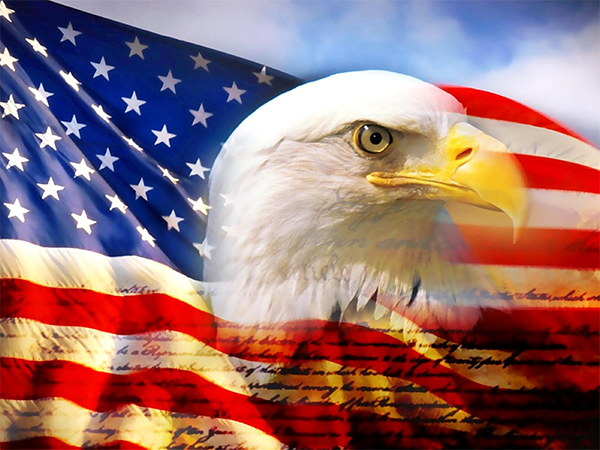 Last night the Holy Spirit came over me so strongly and so fast, it was like a whirlwind. He showed me coming world events and it was not far off in the distant future.

I was transported by the Spirit into a foreign land, where the battles had already begun. Then I heard the Battle Hymn of the Republic, but as I listened it became very foreign to me.

Then I saw explosive shots, foreign lands and seas all passed before my eyes in a blur of activity.

Then I saw President Obama and Russian President Vladimir Putin together in a house that appeared to be in a foreign land. They shook hands, but then it looked like President Obama collapsed, but I was not sure because just as I thought he fell I was back in the United States.

Then I heard clink, clink. It sounded like money. Chaos was everywhere. Our nation was a battle ground of blood, sweat, and tears.

First let me say, I am always thankful when we are warned of things to come. It is not always what we would wish to be given, but nevertheless, I have warned, so all that read this can take it to the Holy Spirit for confirmation and their blood will not be on my hands when it is time to stand before Almighty God.

When I saw this foreign land, I was not shown specifically where I was, but I know I saw foreign troops fighting in a war with explosions on land and sea.

The Battle Hymn of the Republic started sounding foreign to me because our nation was no longer a republic, but only a shadow of what we once were. Instead of seeing a republic, I saw “Danger: Foreign Troops” as if our republic was occupied by foreign troops. Then I saw the word “Magistrate” as if our system of government was replaced by a single person.

Then I saw Obama and Putin together, which tells me they are not in opposition to each other as they are portrayed to be, but are planning secret things together. It appeared they were finishing up some type of business.

When I saw President Obama starting to collapse, I did not see him fall all the way down because I was instantly back in the United States.

The clinking sound that I heard sounded exactly like change or money. What came into my spirit was, because we have frivoulously thrown our money around we will soon see our money having no value. We should be storing up our treasures in heaven and not so concerned about storing up treasures here on earth.

I saw chaos everywhere in our nation. All at the same time we were having problems caused by our open borders, we were being drawn into war, we were suffering great losses in our finances, and we were witnessing the shedding of innocent blood in our land. These things all came one right after another with no relief. They continued to escalate until they went full blown.

When I saw our nation was a battle ground of blood, sweat, and tears, I saw everything we had worked hard for was blown away in one instant.

Finally, I heard The King is Coming! I believe the events I saw in this vision are ushering us into the time when the Lord will return for His people!

If anyone has any other thoughts, please feel free to share. As always, prepare and keep short accounts with God as it is not God’s desire for anyone to perish, nor to be asleep in this hour. It is always God’s intention to bring souls into the Kingdom. That is the desire of His heart. However it is a choice. Think very hard on this because as I came away from this, I knew that time is very very short.

Keep hearing the same thing in visions, the U.S. top people are colluding with the Russian to bring the U.S. down. Some one had a vision of the statue of liberty in bed with the Russian leader and because that person who had the vision found out, they became angry at him/her?

When I read that the Battle hymn of the Rupublic song was in your dream, I felt I should tell you that I woke up a couple weeks ago with the words “first to fight for rights and freedom, and to keep our honor clean”. I knew it was a song I hadn’t heard since my childhood and was from the “Halls of Montezuma” song. Since I am Canadian, it is not a song I ever hear that it would have influenced my thinking. A battle song of the US Marines saying we will have to fight for rights and freedom and from land and shore and sea.

The lord told me to watch Obama closer to 2016.. His true colors will start showing. Also, we will have evil men attack us in some way. They will be an evil ruthlessness America hasn’t known. We all need to pray like never before.. Tough times are ahead. Only those who take shelter under the shadow of his wing will survive.

Was greatly blessed by this post and all the comments, insights…. Our God has everything in His control. We have been warned and now as France has erupted in chaos, we are to rejoice in our God ‘ love for His children. WW3 will be raging by the spring, EMP attacks, islamic uprisings, earthquakes….. Give hope to the hopeless through a smile, a word, a prayer. God is in control, we have everything (of importance) to gain and nothing (of importance) to loose. LORD BLESS.!!.

Rebecca ,amen…….no matter how it looks ,God has the last word

Ali,yes so true,,,,,,,I had been sayings for months ,back in the begining of this year that something big was going to take place and now it has…………..Pray like never before

Thanks, Bette. I’ll claim that as one of the “someone’s who need to hear this today”! Romans 8:38-39 are my favorite verses in the entire Word of God and I was brought to tears when I read them again in your post. I needed to be reminded that I am His and nothing will separate us. Nothing.

We are too determine in our minds and hearts that we will serve the Lord your God with everything we have………and I leave you with this ,Romans 8:31 What shall we then say to these things?If God be for us ,who can be against us? verse 8:37 Nay,in all these things we are more than conquerors through him that loved us.overse 8:38 For I am persuaded that neither death.nor life,nor angels,nor principalities,nor powers,nor things present,nor things to come,verse 8:39 Nor height,nor depth,nor any other creature,shall be able to separate us from the love of God,which is in Christ Jesus…
Someone needs to hear this today………..
Even with all the things we hear going on,these Scriptures can give you a boost…..

Thank you much for sharing. That touches my heart! Yes, it does Help. It’s a little late in the season for butterflies and one fluttered by and danced around for awhile. I then was in a store with hundreds of white butterflies suspended from the ceiling as you go up the escalator. I wonder if the Holy Spirit is saying don’t worry you will be transformed in an instant and so will many others.
Thank you sister!

Sarah, I completely understand. I believe we all have bouts of dread and mourning over what’s coming. A few weeks ago, during my early morning time with the Lord, my eyes fixed upon an awesome photo of God’s creation across from my desk. A beautiful lighthouse with ocean waves gently rolling onto the shore, complete with a house and mountains in the background. As I was giving thanks for His glorious creation, I realized that soon, everything was going to change. I began to sob as what I know is coming hit me. Instead of beauty, we will soon see death and destruction everywhere. As my heart was breaking for this world, with tears streaming down my face, the Lord said, “Let go of this earth, and cleave unto Me.” Sarah, I hope that helps you as it did me. It’s time for us to turn our faces completely towards God, and don’t look to the right hand or to the left. God bless!

I notice that my spirit seems almost weak with a sense of dread. I move through my day, doing all the things I must do, but if I could, I feel like curling up in the fetal position and praying. It must be dread. Then I have moments when it looks like hope. All will be well. I don’t feel that this morning.