You are here: Home » Church » Persecution » “In the spirit she knew that they were watching us.”
Share this post: 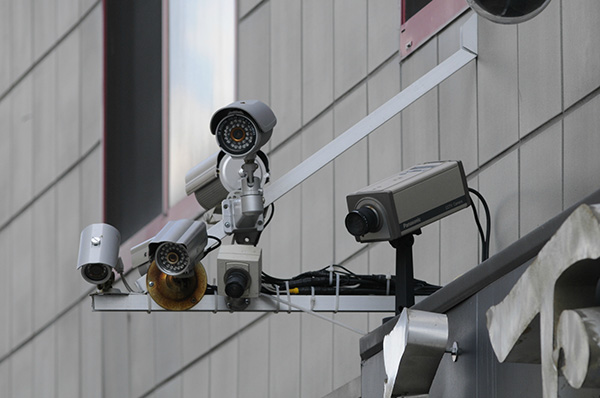 “I wanted to share these two dreams my daughter had. She is 11. I believe they are a warning to the church. She couldn’t have come up with these on her own. Especially in such detail.

In the first dream she was in our home. She was sitting in the living room when she looked up and saw a camera watching her. In the spirit she knew that they were watching us because we are Christians. When she woke up she told me that God told her she didn’t need to be afraid and that he will be with us. A year later she saw a facial recognition camera in an article written about Chinese Christians during Covid-19. She told me that it was camera from her dream.

In the second dream she saw a young girl worshipping with her family. Suddenly men came to the door and took the child. They took her to a camp with other children. She described the camp as a transition place. Then she saw a train that came to take them to a jail. She saw the girl in a cell. The girl pulled a tiny bible out and began to read it. She was clinging to her faith.

My daughter is 11 and knows these dreams are from God. After both dreams she knew what was being shown was scary but she was not afraid. God didn’t let her feel fear.”

When I heard that, I understood who it was referring to because it’s the same people who have set up intelligence networks all over the world with surveillance cameras, drones and satellites watching our every move. Insider whistleblowers like Edward Snowden and others have exposed how these agencies have written computer algorithms to sift through enormous amounts of data capturing all of our phone calls, text messages, email messages and social media posts, enabling them to hone in on the specific people who have made it to the top of their watch lists.

And who are they watching? Ultimately, anyone who is not aligned with their globalist agenda to enslave the world under the dominion of the Jesuit controlled Vatican. By definition, that makes all Christians and Jews primary targets.

Skeptics seek to discredit these claims by calling them conspiracy theories, but the historical facts prove Rome has been pursuing this same agenda for over 2,000 years. However, recent advances in technology have empowered them to move closer to achieving their goal by tracking us far beyond what was possible in any previous generation.

And the Bible confirms these are not just wild theories, but evidence that we’re getting closer to the return of the Lord because it warns of the rise of a global government, global financial system and a global religion just prior to His return. (Daniel 7-8, Revelation 6, 13) And God is confirming these warnings to His people through prophetic dreams like those shared here.

Yet, despite all these things, God’s people can rejoice because the One who is with us is far greater than the one coming against us. These momentary light afflictions will soon pass away. With each passing day we’re moving another step closer to our eternal rewards that far exceed anything we can imagine. And in the meantime, He has given us the great honor of being part of His end time army, bringing in the greatest harvest of all time. Glory to God!

I literally have been seeing white suvs/trucks parked across the golf course from my apt and have even had them parked directly facing us head on…across the field. please keep my family and especally my children in your prayers

Put it in a cast-iron pot with a lid. Mine is enamel coated. Dial yourself just to be certain that no signal is getting in. To create a protective Faraday cage, line your metal container (that has a tight-fitting metal lid) with something insulative like cardboard or styrofoam. This will prevent an overcharge signal from attacking the wiring in emp event.

I also have had similar dreams in the last 5 years. How do I share them? I am a mother of 3 young children, and these stories truly hurt my heart deeply.. but I soon feel peace.

This same message has been “downloaded” in my Spirit recently as well. We put every device in our microwave when we want to talk freely. ??. Sadly there are listening devices in many appliances as well. ??

To further confirm these multiple confirmations, I read this article yesterday (“WOW: Josh Hawley exposes Facebook’s Centra tool used to track ALL users’ online activities even when they’re not on the platform”).

Be alert & vigilant protecting your privacy whenever you can.

Wow so interesting. First off, James… the detail coming from your daughter is incredible and tells us Christians will be watched. We are forced out of our churches and now there are threats on Thanksgiving and will be on Christmas. A coincidental uptick in covid right around the holidays makes for less church, less extended family time, etc. Lean together.

Expat gal… Darn straight these phones listen. I once was visiting with friends in a kitchen. I put my phone in the center of the table and didn’t pick it up for the hour plus we were sitting there. We were discussing dementia and Alzheimer’s. My father had passed 2 years prior and he did have dementia and Parkinson’s. So I hadn’t been doing any research on my phone in years… I hadn’t had any discussions about the elderly prior to this.

The next time I used my phone there were loads of ads…. all regarding Alzheimer’s and elderly dementia. . These phones do listen to what you say.

To clarify, it was Jessica’s daughter who received the dream.

But call a phone in the microwave and it rings. That does not block complete. It makes more sense to put a device in noise adsorbing material to block the usage of microphone. That should also be very limited in range.

We used to put our fones in the microwave also, until we discovered that it still rang and received txts in it. Therefore our microwave wasn’t a ‘faraday’ cage and wasn’t blocking anything.
What we found works is tinfoil. The phone couldn’t receive calls or txts when wrapped inside. Maybe your microwave is more faraday friendly than ours!
Appreciate all your hard work on this site. God bless you!

Hi Damaris – Thank you for commenting. Yes I have heard about the tinfoil. That is another great option. There are microphones in our cars as well with the Bluetooth. It really is crazy how hard we have to work to not be listened to. I am going to try to call a device that I put in my microwave to see if mine is stopping the signal. The reason I use my microwave is that it is metal inside, not plastic, so I believe it works like a faraday Cage.

You are very welcome. ? Thank you for taking the time to read my posts.

God bless you as well!

I got a cheap one off a local site but also ordered and use the INFOWARS one. The 2nd seems to work better, block more.

For my phone I bought a cheap foil like pouch on EBay . Works well
Phil

Funny you say that Deborah. I was thinking how often their camera lens is directed towards Z3 posts and discussions….and any human behind the camera is not exempt from being reeled in by that Great Fisher Of Men.

I say we give them a “camera full”, enough to leave them scratching their heads wondering what makes a believer walk in calm and peaceful trust of their Savior!

Who is with me in this?!

Bro. James your post reminded me of this: https://z3news.com/w/ken-peters-tribulation/

Yes, it’s amazing how Ken Peters saw these things way back then.