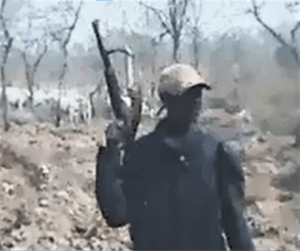 Muslim Fulanis killed 70 Christians, displaced 30,000 others and burned 500 homes in attacks on villages in Miango District, Bassa County the first three weeks of August, according to Davidson Malison, spokesman for the predominantly Christian Irigwe ethnic group.

The Rev. Ronku Aka, another leader of the Irigwe community, said the attacks took place in spite of the presence of forces deployed to the area to protect residents.

“While the Fulani herdsmen were attacking my communities, the soldiers and other security agents were around,” Pastor Aka said in a message to Morning Star News. “As the Fulani invaders were carrying out the attacks, we expected them to confront the invaders and stop the destruction going on, but that did not happen.”

When Pastor Aka questioned the soldiers, they told him that they had not received orders to repel the attackers, he said.

“If the security agents were deployed and allowed to do their job, maybe the Fulani attackers would not have succeeded with their evil plans, and my people would not be suffering what they are experiencing at the moment,” he said.

“Unceasing tears have continued to roll in our eyes as a nation and people even as this note is penned down,” Malison said. “The terror being unleashed by Fulani herdsmen on Irigwe Christians has continued unabated and without any sign of remorse or regret.”

It is estimated that attacks in the past month have also destroyed 1,000 farms.

The Rev. Dachollom Datiri, president of the Church of Christ in Nigeria (COCIN), appealed to state and federal governments to provide aid for 30,000 people displaced from 39 Irigwe Christian communities in Bassa County who are now in camps for Internally Displaced Persons in Miango and Kwall.

Among the predominantly Christian Berom people in Plateau state’s Barkin Ladi, Jos South and Riyom counties, among others, more than 50 Christians have been killed this year, including women and children, and 26 others wounded, according to area leader Elisha Datiri.

The herdsmen have destroyed at least 30 hectares of farmlands in the attacks, sometimes with help from the Nigerian army, Datiri said in a statement to Morning Star News.

“Sadly, this carnage, genocide and wanton destruction of properties are being carried out in the very eyes of the security personnel whom the government spends billions of taxpayers’ money on in their operation to protect lives and properties of all Nigerians,” Datiri said. “In many instances, the military collaborates with the Fulanis to carry out these dastardly acts. The military’s direct participation in the destruction of Christians’ farmlands and properties has at many times generated many petitions, press conferences/releases and in some instances physical demonstrations by the Christian communities demanding the removal of the military.”

The killings and destruction have taken place without any compensation by government at any level, he said.

“There are more than 55 hamlets and villages in Christian communities especially, in Barkin Ladi and Riyom LGAs [Local Government Areas], that are currently under the forceful occupation of the Fulani and in some instances have already been renamed as proof of an unprecedented wave of land grabs,” Datiri said. “There’s a continued onslaught on Christians which is being championed by the Fulanis and aided by the security agencies saddled with the responsibility to protect lives and property.”

Noting that the Fulani herdsmen ranked as the fourth deadliest terrorist group in the world on the 2018 Global Terrorism Index, Datiri said their attacks are taking place on a near daily basis.

“We wish to note with deep concern the unacceptable plundering of our land under the direct watch of constituted authorities charged with the responsibility of upholding all people’s rights as entrenched in the Nigerian Constitution,” he said.

“The two Christian victims, Sunday Dogo and Joshu Usman, were returning from Ganawuri market, and unknown to them the attackers who were armed Fulani herdsman ambushed them,” Giwa told Morning Star News. “Both of them died after being shot. A third victim, Danlami Musa, was with bullet wounds.”

“Bitrus Manzere was hacked death by Fulani herdsmen,” Mwantiri said. “Manzere, 63, was returning home at about 9 p.m. He’s survived by his wife and eight children.”