You are here: Home » Trading » Silver » Silver pattern back in play, for now 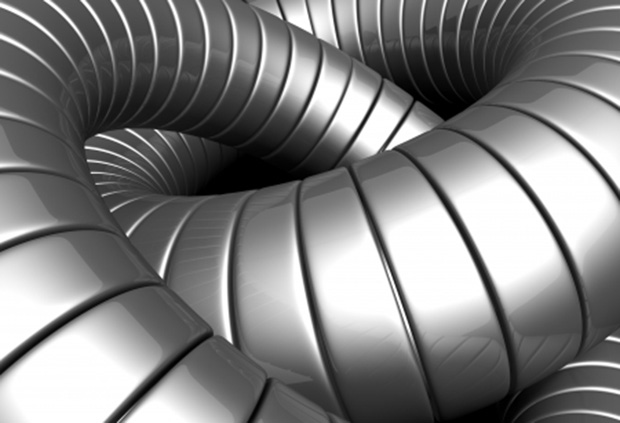 On Friday, I shared several new insights showing silver prices moving higher. Today, I received another one, a short vision of a black and white police car facing to my left. My view was focused on the back seat, which was light grey color. I interpreted it to mean oil and silver prices (black and white) will soon move up because the car was facing left. The light grey color of the inside of the car was another reference to silver.

On August 5, I saw another bearish indicator, a chart showing a line moving up steep, crossing above a horizontal line, then moving down steep. That pattern appears to be happening now with $17.00 as the horizontal bar, which might or might not be what I saw on March 15, a rounded top forming at $17.10 followed by two legs down to $14.45. That pattern appeared to be forming early on Friday morning, but I gave up on it after the price moved up to $17.25. However, shortly afterwards, it dropped to $16.93, then spent the rest of the day moving back up slowly, closing the day at $17.12. So far tonight (Sunday night), the $17.12 top has held as prices have moved down a little, currently at $17.09, so it appears the pattern is back in play. If it holds up, silver would first drop steeply to $16.16 before bouncing a little. Then it would drop steeply to $14.45. A steep drop stopping anywhere other than $16.16 would indicate it is not the start of two legs down, but might still be big enough to call a pit.

If the pattern holds up and the price stays below $17.12, I will likely open a short position, buying shares of DSLV.

My assumptions and interpretations about these insights might be wrong. This information is provided only as a starting point for prayerful consideration and is not a recommendation for investing.

Today I received what I believe was a confirming dream to open a short position on silver. I purchased shares of DSLV for the ride down. I am not expecting a big drop here, but maybe something like 50 cents or so. Trusting God to show me more about that.

James,
I am in DSLV. If you receive more insight , please let us know.

JeffW shared a dream he received this past weekend showing silver going down steep then leveling off. So that gives us a pattern to watch for.

James,
Thank for pointing out. I am not good at reading the dream at this stage. I am very amazed that you can read your dreams so well.

James,
If you see 4h silver chart, the dome should be the thing we are looking for , for the two legs down. What do you think?

Thank you James. the coming one to two weeks should be the time for this two legs down for the silver, because it matches the prophetic word ” head fake ” Phanuel received. Phanuel implies that the equity market should move higher after last week’s drop. Please tell us when get in DSLV. I am going to get in.

James, your attention is at the right (bearish) of the picture, and police cars are boundary enforcement. 2 most recent support barriers are 16.25 and 15.50, additional ones going further back.

Thanks for sharing those insights SNS. I had not thought about it from that perspective but it is interesting because I think that might be where the market is moving next, back down to test the first support level at $16.25. Not only was my attention focused on the right side of the cab, but it was also the back side, as in moving back to test a previous boundary.

James, I’m not sure if this will help confirm your silver thoughts or confuse them. Early Sunday morning, 8/13/2017, I dreamed I had on a pair of white–almost pearl–colored cowboy boots. I thought they were odd but very cool! The dream continued wherein my wife and I were in a large building with many people, like a shopping mall, and we realized our white cockapoo dog had been left outside and was certainly lost. Suddenly someone walked up to us carrying our dog and we were overjoyed it had been found; then I was in the bed of a white pickup truck going along a dirt road and it suddenly went down a small embankment roughly 10 or 12 feet and very steep, so steep I was sort of amazed I did not fall over the top of the cab. Then the truck proceeded along on either a level area or up a slight incline. The dream ended after only maybe 20 feet of continuing along after the embankment.

Thanks for sharing that Jeff. Timing is always a challenge, but it sounds like it confirms what I’m expecting with a steep drop coming next. Dogs are bearish, so after recovering your dog, the pickup truck went down steep. The level area at the bottom is helpful to know because it will be easy to see so we know when to close our short positions and switch sides for the move back up.