You are here: Home » Church » Judgment » A Shaking is Coming Very Soon, Beginning with the Leaders 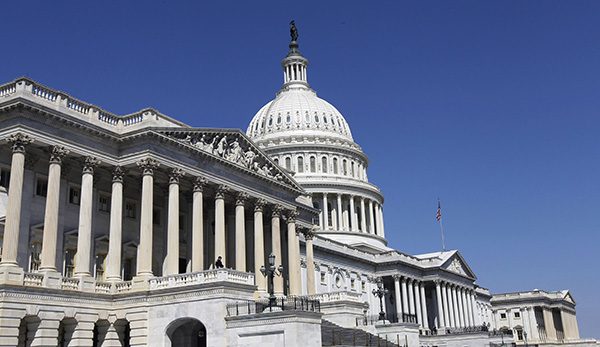 On January 26, as I stepped down on the worship floor, I surprised myself by saying, “Yes Lord, I want it!”

I had been praying and meditating all morning about drawing close to the Lord and Him drawing close to us. Suddenly, the Presence of the Lord fell on me with so much power and weight (“kavod”) that I almost fell down. I just paused for a moment and luxuriated in His presence.

Suddenly, I began to shake. It began with my head and after a while it moved down into my body. I understood from the Holy Spirit that a shaking is coming very soon. It will begin with leaders (the head) and move into the general population. The Lord is about to shake some things and people out of their entrenched positions. Others are going to be shaken out of the stupor which has fallen on so many people.

“At that time his voice shook the earth, but now he has promised, “Once more I will shake not only the earth but also the heavens.” The words “once more” indicate the removing of what can be shaken—that is, created things—so that what cannot be shaken may remain.”

Suddenly, the Lord gave me a vision of a flower sprouting forth from the ground. It was then I realized the shaking is coming this spring. The plant grew quickly on a long twisted stem with very few leaves. At the top of the plant there was one blossom which had not yet opened. Suddenly, it opened and fire blasted forth from it. The fire was white hot at first and then changed to a bright amber glow. The Holy Spirit let me know two things are coming as fire. First, is a fire of judgment, which will consume many people who need to be taken out of the way for a new move of the Lord.

“So the fire of the Lord burned among them, and consumed some in the outskirts of the camp.  Then the people cried out to Moses, and when Moses prayed to the Lord, the fire was quenched.” (Numbers 11:1b-2)

This is another call for the intercessors to pray diligently for those in disobedience.

The second fire was a fire of revival, which the Lord wants to break forth as early as this spring.

“Then the fire of the Lord fell and consumed the burnt sacrifice, and the wood and the stones and the dust, and it licked up the water that was in the trench. Now when all the people saw it, they fell on their faces; and they said, “The Lord, He is God! The Lord, He is God!” (1 Kings 18:38-39)

I am praying for the fire of the Lord to fall afresh on us and set our hearts and souls on fire for Him and for the Gospel of the Kingdom. I want everyone to be on fire for Jesus in this season. May the spirit of stupor be removed so that the Spirit of truth may breakthrough for all the people! I pray in the mighty name of Yeshua ha Messiach! Amen and Amen!

Pray for revival to come to Bonneville, KY. The Appalachians need revival. There is s man there right now currently working on it.

Amen-Amen Pastor Durham,
I receive your prayer and pray I will be opened to the fire that Holy Spirit
brings in the filling and shaking !

Since God is about to do a new thing in the next few years, I totally agree that He has to move some people out of the way in order to let this new thing grow. It’s not just a new move He’s bringing, it’s a new thing, and just like the Pharisees in Jesus’ time, didn’t see or understand how God could have given them the Law by His own hand, and then send something so totally different as Jesus’ way was, so many will not see or believe that God would send what He is sending in this day. I totally see this. I also appreciate how the flower seemed small – almost as if it would have trouble surviving, and yet had such power to it. Gideon’s band were few, but very powerful because God’s glory was with them. I know what begins this spring will lead into the new thing God is doing, so I am expecting some very different things in this move. Thank you for sharing.

The vision and revelation of judgement coming this spring could be a confirmation of Nathan Leal’s dream of a major crash coming after President Trump’s first 100 days in office:

“The vehicle was traveling 100 mph, so I wonder if this may translate to the first 100 days of his presidency”

Nathan has dreams and one of them is the dollar crashed. He is never trumper
And he wrote a lot of hit pieces on Trump.

Yes and I encourage you and everyone to read why Nathan is a never trumper.

They will post articles from CNN, fake news and Erick ericksson from
Red state to prove their point! Never Trumpers.

On the other hand, 100 mph might have nothing to do with 100 days since it is just one possible interpretation and was not directly revealed. Also, in the dream it was a car crashing, so even that part is subject to interpretation.

Yesterday, I listened to a Trump interview by CBN. Several times he mentioned how powerful his new position is, very similar to what Nathan saw in his dream.

Totally. Yes, that seems to fit.

Good sermon by PASTOR CHARLES LAWSON on Sunday, 1/29/2017 titled
“The Parade.” He speaks about the “women’s march,” non-approving.
He also speaks of the Pro-Life movement, approving.

Thank you for putting this here! That was a powerful sermon!

You’re welcome, Sherry. He has many great and anointed sermons. Among them, a number on the topic of “hell.” You can search and find these on the site.

PASTOR CHARLES LAWSON has about 6 o 7 EXCELLENT sermons on the topic of “Hell.” Too many of us in this luke-warm Laodicean Age have not been taught that it is a real place. It’s better to find out now, than after our last breath when it will be too late to change course.
Here’s the link where they are included.

Here are some good teachings on “The Gifts of the Spirit” in case anyone’s interested.

Will Trump close down the Federal Reserve and jail George Soros?
http://www.whatdoesitmean.com/index2222.htm

Hi Bob
as i shared before …Trump’s mission also include taking down the federal reserve and bringing back the gold standard. The gold standard will be implemented.

Phanuel, I now believe God has given us a short reprieve because the TRUE church has been praying for Trump and the country and there is no limit to what Trump is going to do with God on his side. Billy Brim was on today’s Bakker Show and said Paula White led Donald Trump to the Lord about 15 years ago and has been ministering to him ever since!!

I agree about the reprieve. Very short. I love ❤️ Billy Brim; such a woman of prayer.

Phanuel
Federal Reserve you are fired.

Hi Joe
This is what I heard in regards to the federal reserve.

12/20/16
“The Federal reserve..How much have they stolen from my people? How much corruption? Their days are numbered and almost over. ”

12/20/16
“The federal reserve will be severely judged. They won’t escape My judgement ”

US’ biggest financial nightmare was/will be created by the federal reserve owned by US private banks. How can it happened like this ( owned by private bank) at the beginning ?

Brother it is a very long story that goes back many generations. These people were in business before the United States even existed. They don’t just control the US Fed Reserve…they control central banks the world over. It is a very deep rabbit hole Start here.

Remember that none of it is out of God’s control.

May it be so brother. Redeeming the global banking system would literally change the world.

Amen. May God cleanse us with His Holy fire.

From DAVE HODGES (The Common Sense Show) “Putin Building Red Dawn Force in Latin America As You Read These Words” (1/29/2017).