You are here: Home » Prophecies » “The Seasons are Changing and the New Age Begins”
Share this post: 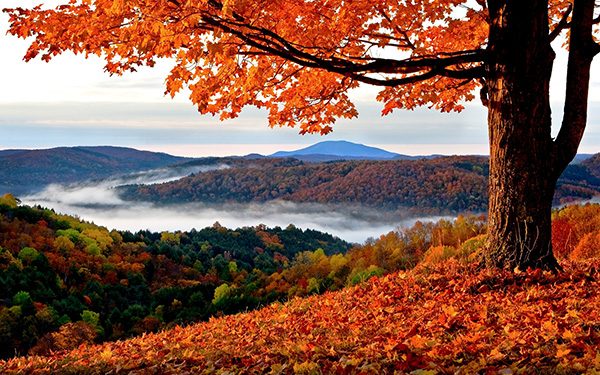 The seasons are changing, and the new age begins. My children, much chaos is coming into your world as you know. Things will become more difficult for many of My people. You must learn to hide yourself in the secret place of protection in Me to survive all you see long term.

What is important to Me now is how you spend your time, what is in your heart. Do you have a heart for My Kingdom, or is your heart to build your own upon the earth? Do not lay up treasures there for yourselves, My children, for all you see will pass away, even before your very eyes in the times to come.

Today many souls will leave the earth and go into eternity without Me. I desire My children would pray and lift these souls up to Me that I may save them before it is too late.

1 I exhort therefore, that, first of all, supplications, prayers, intercessions, and giving of thanks, be made for all men;
2 For kings, and for all that are in authority; that we may lead a quiet and peaceable life in all godliness and honesty.
3 For this is good and acceptable in the sight of God our Savior;
4 Who will have all men to be saved, and to come unto the knowledge of the truth. (1 Timothy 2:1-4)

This may a duplicate post. Pastor from Griffin VS.
http://wmvv.com/ondemand/index.php/fresh-touch-with-pastor-randy-valimont/

The Dawn is Breaking

When the clouds of life surround you,
And you don’t know what to do.
There is a Beacon waiting, waiting just for you.

When your trials hang around,
Cast your soul upon the Lord,
The Silver Lining is bright, waiting just for you

When your feet are tired and weary.
And have traveled a very long way,
There is a Beacon waiting, waiting just for you

The Lord has remembered you,
You are on His mind.
So don’t be faint of heart,
And think it’s always going to rain.

Look to the eastern sky!
The Dawn is breaking Now!
The eastern sky holds your Promise,
The One Who is coming is True.

Yes, here comes the Dawn,
THERE HE IS!
Jesus is coming, He is coming just for you.

14 yet his food is turned in his stomach;
it is the venom of cobras within him.
15 He swallows down riches and vomits them up again;
God casts them out of his belly.
16 He will suck the poison of cobras;
the tongue of a viper will kill him.

Here’s a dream given to “sharing the gifts”. This dream represents the power given to the anti-Christ. The verses above were the dream in vivid detail.
Alarming Vision Of Satan And The Antichrist!
https://www.youtube.com/watch?v=8g66gJLcSMU

I have been following z3 for about five months now. Many words posted over that time period ring true with me, yet I have noticed few exhortations (either in the words themselves or the comments section) to overcome fear, get out there, share the gospel and make as many disciples as we possibly can. This word from Glynda and the comments associated bring great joy to the Father’s heart because His heart beats for ALL who are far from him.

Last month I sold off nearly everything I owned, rented out my house and returned to SE Asia to share the gospel with a Buddhist population segment that numbers 25 million. It was the hardest thing I’ve ever done, and I am no longer young. However I am motivated because time is short and God is worth any sacrifice on my part.

Here’s what we and many others who are making disciples do. We write out a name list: friends, family, neighbors, colleagues, and others in our life (the check out lady, the parking attendant at work, etc) who are far from God. Divide the list up and pray for everyone on the list at least once a week. As you pray, ask God for the right time to share your testimony with each one and ask if they want to know more about Jesus. God wants these people to know Him; He WILL draw some of them to himself in answer to your consistent prayers and witness.

Saeng, bless you! Thank you for sharing how the Lord is using you. This s truly awesome, and takes great courage.

and sometimes the Holy Spirit just sends you somewhere and there will be that person He wants you to speak to. That has happened to me. And there were also other times when I walked into a place and knew the kindred spirit and that this particular person was walking with Yah. That is always really nice because there is unity with them right away the way Father wants it to be. 🙂

My precious child, at times you have allowed the enemy to sow seeds (weeds) of pain and lies in your garden. Because of the lies, you have built fences around these weeds as if they were cherished. This should not be so! Clinging to weeds brings death! If you let Me, I will pull down those fences and pull up all the weeds based on lies, deceptions, hurt and wrong mindsets. After all, I am the Master Gardner and am well able to pull up the weeds root and all, leaving nothing to spring up again.

SOOO profound!!! Great prayer for all we are interceding for…Blessings

And also to share this. God Bless!
2 Thessalonians 3:1-5
Finally, brethren, pray for us, that the word of the Lord may run swiftly and be glorified, just as it is with you, 2 and that we may be delivered from unreasonable and wicked men; for not all have faith. 3 But the Lord is faithful, who will establish you and guard you from the evil one. 4 And we have confidence in the Lord concerning you, both that you do and will do the things we command you. 5 Now may the Lord direct your hearts into the love of God and into the patience of Christ.

I keep hearing the following from the Lord as well: pray and praise, focus on Me (Jesus)! Do not lose heart, do not give up, fight until the very end! Fight for every soul to be saved!
God bless! And He also just gave me this scripture.
2 Thessalonians 1:3-5
3 We are bound to thank God always for you, brethren, as it is fitting, because your faith grows exceedingly, and the love of every one of you all abounds toward each other, 4 so that we ourselves boast of you among the churches of God for your patience and faith in all your persecutions and tribulations that you endure, 5 which is manifest evidence of the righteous judgment of God, that you may be counted worthy of the kingdom of God, for which you also suffer;

For the past month I’ve been led to pray for all who are in the path of the upcoming judgement. Saved and un-saved. Praying for supernatural protection and warning for the children of God and for the persuasion of the Holy Spirit for those that are lost. Amen.

Prepare for change by praying and growing closer with Jesus daily. Die to self so the image he created us to be will shine forth!