You are here: Home » Church » Mighty Ones » “This is the season in which I am raising up the nameless, faceless generation to do great exploits.”
Share this post: 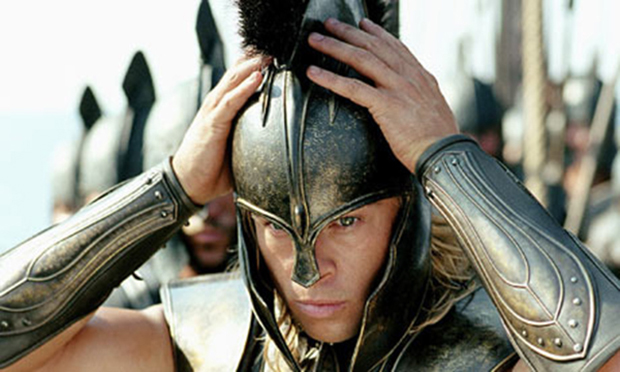 The Holy Spirit showed me a massive stadium filled with people. When the speaker came out, the crowd rose to their feet with a thunderous applause. I could not see who the speaker was, neither could I see what gender they were, but then I heard them announce, “Please take your seat”. I then recognized that this was Jesus Himself making an announcement to the body of Christ.

I have prepared you and taught you spiritual realities. I have equipped you and empowered you for this season. Now is the time to take back what the enemy has stolen and possess the land. Don’t cower back in fear. I have called My people to take dominion over the earth. I have called you to take authority over this land and not fall prey to the enemies strategies. This is My kingdom, this is My destiny for you, and this is your rightful place as a believer. Do not think that you need a podium, a pulpit or a platform to reach the multitudes. You will become My voice, not by might, not by power and not in your own strength. As you wait on Me in the secret place, I will seat you in your rightful place.

I am releasing the gift of ‘discerning of spirits’. You will perceive that which is spiritual from that which is carnal. You will learn to sense the spiritual climate around you. You will discern the hearts of others and recognize godly as well as impure intentions.

You will have authority in the place that I have assigned you to because you have my mark of approval. Demons tremble at the sound of the voice of those whose walk is blameless and know their authority. Step up into this seat which I have entrusted to you. Then you will begin to speak not just with persuasive words of human wisdom, but in demonstration of the Spirit and of power says the Lord.”

1 Corinthians 4:20
For the kingdom of God is not in word but in power.

1 Thessalonians 1:5
For our gospel did not come to you in word only, but also in power, and in the Holy Spirit and in much assurance, as you know what kind of men we were among you for your sake.

I pray for Godly wisdom and discernment for all true believers.
Here is a Gift of Encouragement – be blessed. http://learntoprepare.com/2017/10/a-gift-of-encouragement-2533/

I receive this word..thank you for sharing

Praise be unto the Father and his glorious son, the Lord Jesus Christ!! This is spot on in regard to where the Father has had me and what the Holy Spirit has been revealing to me. First we must absolutely cease from striving and enter into the rest of Christ. Our existence is totally about connection with the Father. When Jesus was baptized the Father spoke from heaven stating, this is my son in whom I am well pleased. At that point Jesus had not entered into his ministry but his existence was totally about the Father. Jesus would say, I can do nothing without the Father, I only say and do what the Father tells me. We must enter that place of rest and trust to walk in the fullness of what our Father has for us in this hour. So run to him as broken, weak and foolish as we all are for our Father loves to use such vessels for his glory. We are as close and intimate with him as we want. The infinite God says come close to me and I’m there! So run with all of your might toward him for he’s always saying come!

This is me this is me! Yes this is true..exactly what happened to me…thankyou lord for your confirmation…i wait in my place and look to you to bring me forth!

Elaine, thank you for these words of encouragement.

Thank you for sharing this mighty message from God. This message is a culmination of several dreams, visions and prophecies I have received over the past two years. I was beginning to get weary in my wait, this message was the refreshing I needed to continue.

The mountains cliffs and ridges, they’ve all been laid low
In wasteland there springs and rivers now do flow
Where once dust, only parched earth, we now find a beautiful lake
It’s no dream, these are miracles, it’s no mistake.

Myrtles, acacias, olives, cedar trees are now in the wilderness
These were planted by the Creator with so much finesse
Cypress, juniper, plane tree in the desert all to impress
So the Holy One the people won’t ever transgress.

On this special way the unclean cannot ever go
And no fierce animals are to ever venture so slow
With justice and integrity, it brings a lasting security
And sowing by the streams we see horse and ox roam free.