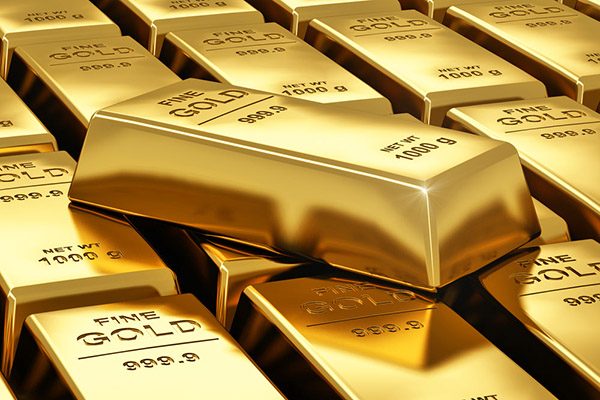 From the beginning, Satan has deceived people into believing they cannot live without money. His kingdom has been built on the lure of riches, the love of money, but the scriptures say, “The righteous man shall live by faith.” (Romans 1:17)

Every generation has faced the same choice, whether to trust in God or money. Jesus made it simple to understand when he said, “No one can serve two masters; for either he will hate the one and love the other, or he will be devoted to one and despise the other. You cannot serve God and riches” (Matthew 6:24).

It really isn’t complicated, just two choices, God or money. Many nations and empires have come and gone, but ultimately there have only ever been two choices, which are two kingdoms. Each of us must choose. The one who loves God follows Him and obeys Him while the one who loves money follows after it and obeys it. It is impossible to serve both.

Satan has played the same worn out tricks from the beginning because they are all he has. He advances his kingdom through bribery, extortion, intimidation, and blackmail, just like his thugs on earth. He even tried to bribe the Lord Jesus when he took Him to a very high mountain and showed Him all the kingdoms of the world and their glory; and he said to Him, “All these things I will give You, if You fall down and worship me.” (Matthew 4:8)

Satan has successfully controlled most of the wealth of the world by using these tactics. His followers do whatever it takes to acquire more money for themselves while preventing others from getting any. His kingdom is an organized crime operation, a worldwide mafia, with Satan acting like the godfather.

But his followers are never satisfied. King Solomon wrote, “The righteous have enough to satisfy their appetites, but the stomach of the wicked is in need.” (Proverbs 13:25) No matter how much they acquire; they always want more and Satan is the same way. He wants total control over all the wealth of the world, even enslaving every person by controlling their finances.

For a very brief time, just before the return of the Lord, God is going to allow Satan’s kingdom to reach maturity. Satan will finally have what he has always wanted, but instead of glorifying himself, he will indict himself. The stench of his crimes will be used as evidence against him, recorded in the eternal annals of history showing what happens when Satan has his way and proving God’s judgments against him are just and right. Then the Lord Jesus will destroy Satan’s kingdom when He returns to the earth. Satan will be thrown down into a lake of fire and brimstone where he will burn for all eternity. (Isaiah 14:13-15, Revelation 20:10)

The trap is now being prepared. The prophet Daniel saw an end-time kingdom arising and doing what no previous kingdom has been able to do, devouring the whole earth, trampling it down, and crushing it (Daniel 7:23). He described this kingdom as exceedingly dreadful with teeth of iron and claws of bronze (Daniel 7:19). Teeth and claws are used for cutting, devouring, and consuming, which is what this kingdom will do to anyone who stands in its’ way.

In those days, organized crime will rule the world. The wealth of the world will be corralled into the accounts of ten evil kings who will control the accounts of everyone on earth through the mandatory mark of the beast (Daniel 7:24). It will be the biggest act of extortion in history, threatening to cut off basic necessities for everyone who refuses to take the mark; just another trick play from the same old playbook.

Everyone who takes the mark will become slaves of the beast kingdom, controlled by the threat of being instantly removed from the system, unable to buy or sell. Having rejected God’s offer to live by faith, the world will be gripped with fear.

Even the antichrist will be a slave of the beast kingdom. He gets a lot of attention because he is the front man, but he is actually just a puppet on a string, doing whatever his mafia bosses tell him to do. The only reason they support him is because he is a prostitute, willing to do whatever they say, so he can have the glory of his power and position. Without their financial backing and planning, he would be nothing. He is the ultimate fraud. His only real accomplishments are not done by his own power (Daniel 8:24). The only reason he has any authority is because it is given to him by the dragon (Revelation 13:4). He will be great in his own mind, but beyond that not so much (Daniel 8:25). He sees himself as being highly exalted, even on the same level as the Most High God, but in reality he is the biggest stooge in history, used by the devil.

Many more changes are coming, setting the stage for the beast kingdom to arise, but the technology required for the mark is already here. It is later than most people realize.

Thank you, James, for sharing with us what God has shown you.. your insight comes from God and is not your own. May Jesus continue to show you what has to be shown .. for us all. God bless

Excellent post James. This is why the church must be unified and begin stocking up on non-perishable items so that when the Mark of the Beast is fully implemented none will lack or go hungry. Our basic necessities are food and water. Unfortunately, the majority of the church thinks God will whisk us away so we won’t be down here when all that is going on. Persecution is what will unify the Church of Jesus Christ.

Excellent work James! Thank you for your posts! I believe you are correct, we are later in the hour than most think.

James, do you ever sleep? 🙂 Get some rest brother, but thanks!

James any update from Murray’s daughter? We are getting close to Oct 28 and I haven’t seen Murray post in awhile and wondered if behind the scenes to you he has.

I have not had any contact with him. I don’t believe anything his daughter heard, but time will tell.

Sounds like you described the petro dollar, not able to buy /sell oil if you do not have dollars or you can not trade with the USA without petro dollars. What is on the back of the Dollar bill? Is it no the all seeing eye of Osiris = mark of the beast. What do all world banks have? US dollars. What currency dose all the world population want to have? The US dollar.
What currency dose mystery Babylon have? The USA dollar.
So the beast rides mystery Babylon that controls a currency that is the mark of the beast! Just think and pray about it!!
Think about the whore that rides the beast; could it be Clinton since this just was anoused
:YOKO ONO: “I HAD AN AFFAIR WITH HILLARY CLINTON IN THE ’70S”
https://www.youtube.com/watch?v=bwMCUxhq9u0
And Bill’s secret service said that Hillary slept with more women then Bill did.
Plus Hillary is not eligible to run since she is included with Bill as having served as president in the white house for two terms and can not serve a 3rd term in the white house as president or 1st lady again. Bill vis versa.
You also described to the “T” Obama and his legacy. Every characteristic of the anti christ Obama has or will fulfill.
It is like in Jesus day when no one realized they had the son of man, God’s own son in front of them since they expected something different. Pride blinded their eyes from the revelation of what was happening right in front of them.
The sign of Revelation 12 happens in the heavens 23rd of Sept 2017. = seal 6.
Do not be like the 5 virgins that doubted and slept as HE came to those that prepared and where waiting !!!

Dan,
The world has begun to move away from the dollar. A concerted effort to destroy the dollar and with it the US economy is underway. Many transactions have already begun to take place outside of the dollar. Plus China is now a SDR with the IMF…going to weaken the dollar even quicker. Satan cannot control the world economy when major economies still have influence…Europe’s banks are about to fail…which will pull the US down…so prepare for worldwide depression…far worse than the Great Depression. Plus chip implantation is on the rise…under the guise of electronic health records. Peace Brother!

Wow James ! So much insight ! And you are so gifted in putting all the pieces of the puzzle together ! Bless you !

Peggy A.
Reply to  Sonia

Sonia,
Agreed!! A great warning post, and tremendous work to get SIX posts out so quickly. Great work, James!

Wow! When do you get up, James? I’m 12 hours ahead of EST, so I’m definitely awake. Thank you for what you do and for these posts! Blessings.