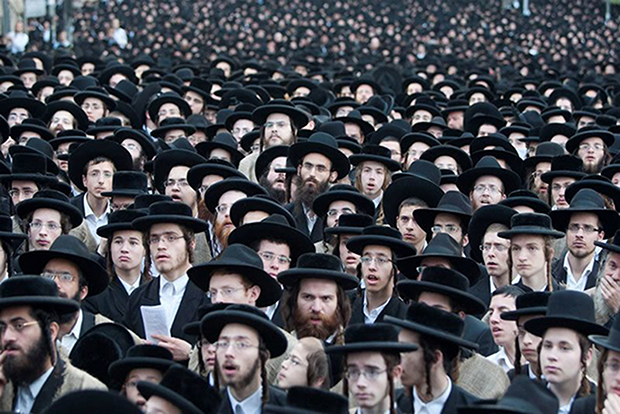 This 68-minute message reveals what I believe are Satan’s five favorite lies regarding the Jewish people. Many people today are being misled about one of the most important parts of God’s end time plans, Israel. False teachers are flooding the airways with lies, claiming the Jewish people are no longer part of His plans and deceiving many into aligning themselves with Satan.

Click any of these links to listen to this message:

© 2018 – 2020, Z3 News. The first 200 words of Z3 News articles may be shared online in exchange for a clickable link to our site. Please include the author name and do not make any changes to text or titles. No image files from our site may be shared because we don’t own them. For permission to use our content in other formats, please contact us.

In his book The Harvest, Rick Joyner says: There will be a time of increase controversy in the church about the place of Israel and the Jews in the plan of God…..Satan is not targeting this just because it is convenient but because the church’s proper understanding of this issue will be crucial if she is to fully accomplish her end time mandate…. page 173-174

Thanks for sharing that confirmation Francine T.

I agree we need to pray for the nation of Israel to be opened to Jesus Christ and stay strong in the coming days of tribulation. May theirs eyes be opened to the finished work of salvation and reject the deception of the wicked one in Jesus name , amen.

thank you James for this post. I fully agree with what you shared. it is in line with what God has shown to me. Could you give us the verse that specifies that the anti Christ comes from the tribe of Dan? Thanks

Yes, I will do a podcast on that topic. It is a lot and requires explanations.

dr.Patricia green writes about this in chp.3 of her book I am the God that reveals

Wonderful video, James. Anti-semitism is rising around the world, even amongst Christians, which is tragic. We should love the Jewish people, as God does, and pray for them also, especially for Israel.

James, I’m glad to see you made this video. The Lord has put it on my heart to write about the same topic, which has been stewing inside of me for months. I have watched a growing antisemitism in the world and among people who claim to be Christians. It’s disturbing.

According to Bible prophecy, a remnant of the house of Israel (descendants of all 12 tribes) will be re-gathered to the promised land in the end times. They will go through tribulation – even two-thirds of them will perish. But through it all, the nation of Israel will turn to the Lord their God, recognize their true Messiah Jesus and be saved as a nation.

God will do this for his glory and because of his covenant with Abraham.

This is not to say the nation of Israel is righteous today. It is not. The Israeli government is very involved with the New World Order agenda. Their treatment of Palestinians is horrendous. But none of this negates the fact that God will save them.

So it would be unwise for anyone to spew hate toward a people God intends to save, especially when we ourselves are only saved by His grace.

Thanks Michael for your excellent comment which is totally Biblical.
God Bless You.

I have been listening to Israeli News Live for a year or more. Steven, who is a Christian and Jewish explained recently how he “supports” the Jews. He says we should support the people who live in Israel, but not their corrupt Govt. He seems, like you stated in this podcast, to see how the Biblical prophecy is getting fulfilled through their wickedness, but does not think we should back their government.

In a way it somewhat compares to what I heard about WW2 and the Jews. God was using Germany to punish them b/c of their unbelief. But I would not take sides with Germany for the millions murdered.

The 2/3 of the Jews that are going to die, according to scripture, will be at the hands of evildoers. But we do not side with them either… It all seems a bit complicated. I thought I had it figured out, but maybe I do not at all.

It is a fine line to walk, Marilee.

I believe we can take a leaf out of David and Saul’s intertwined story in learning how to relate to modern-day Israel.

David not only witnessed but also acknowledged Saul’s errors and mistakes and even confronted Saul about his erroneous ways to his face. Yet David also realized that had Saul not fallen out of favor with the Lord in kingship, he would never have become king. Even though David was presented with opportunities to strike Saul down, he did not. He interceded for Saul with his men. And though he knew Saul was erring in trying to seek him out and kill him, he did not partake of Saul’s errors by returning the favor. Rather, David saw to it that Mephibosheth, a remnant of the family of Saul, ate at his table.

God calls Israel his firstborn. We witness Israel’s faults and acknowledge their errors, yet we do not partake of their evil, but we also realize that salvation has come to us because of them. And though we may be presented with opportunities to align against them, we intercede for them, which is good and right in the sight of the Lord, and do not move to strike them down, for Israel was chosen by God as His firstborn and is in existence by His divine will.

We stand with Israel, not because Israel deserves it. No, we do so because we are sons and daughters of our Father in heaven, and we choose to align with His will who called Israel His firstborn. It is for His name’s sake that we uphold Israel.

We can take this revelation to the micro level as well. Standing on Romans 8:28, No matter the situation, or the people involved, all our suffering will be turned to Kingdom gain.

Great analogy Sujit. That sums it up perfectly.

I have been listening to Steven Benun at Israeli News Live too. Great material from both current events and Bible prophecy standpoints.

Sadly, UTube censorship is preventing this word from getting out. I am sure it reveals a powerful hope and light to those, especially those who live in Israel, who sit in darkness. There are so many lies preached on UTube which are controversial that are allowed to confuse and confound. It’s one of Satan’s favorite vehicles for delivering disinformation. But when it’s a platform for revealing truth…truth is shut down. What a joke.

You should be able to click on it and proceed with watching it anyway.

Yes you can access this just click through-
Powerful truth! Light in the darkness. Our Elohim is quite capable of waking His people up. We bow before the great I AM with Thanksgiving in our hearts as Torah is alive and well. Our own family mocks us as we no longer celebrate the pagan festivals and no longer defile the eating laws and now practice Shabbat. Our children will have nothing to do with us and no longer want us involved in our 5 grandchildrens’s lives. We pray the prayer Lord contend with those that contend with us. We leave it in the Ruach’s hands. The pain at first was heart wrenching, but the truth of knowing that we must stand before Him on that day strikes fear into our hearts in a Holy way. We’ve been silently watching as the “culling of the herd has been taking place” still praying for mercy as we have been allowed to experience it. Two years ago my husband woke up at 3 am he saw 5 large books with their bindings facing him with a red ribbon tied around them. He asked the Lord please reveal the meaning of this to me….he fell back asleep and woke again this time to see that the ribbon had been “untied”. Shortly later we discovered Torah. Then significantly this past year watched as YHVH cleansed the Messianic congregation-stripping it of filth from the leadership down. Father put us in a cleft and told us to be still. For this past year we stood still and watched the salvation of God occur. The leadership split-LIGHT penetrated darkness, healing is now occurring in those wounded and mistreated and Elohim is having His way. Thank-you for your due diligence James and may He bless you and your household. Shalom-

Can’t watch on Utube. It has been disabled because of content. I could listen on sound cloud.

Just a few days ago, the top Google executive was on Capital Hill being grilled by Congress. Any thinking person knows that Google has a strong bias against Christians and conservatives. The same can be said for Facebook, Twitter and virtually all social media. The Republicans seemed to be poorly prepared. While google search engine results are a huge problem, I think YouTube is a bigger problem, yet I did not hear one mention of the incontrovertible YouTube left-wing bias. YouTube is a subsidiary of Google. They have terminated, suspended and demonetized countless Christian and Conservative accounts for so called inappropriate, offensive or hateful content. What utter nonsense!!! You can find thousands of filthy, lewd, hateful, obnoxious, and controversial YouTube videos from the far left. YouTube even promotes some of these via their “trending” and “news” categories. I will never forget when the Project Veritas videos were getting millions of hits as they exposed scandals by left-wing politicians and organizations (like Planned Parenthood), yet YouTube would not explain why they were not featured on their “trending” list.

Now we see YouTube censorship at work again. We know who is behind these organizations and we know the spirit behind them. The suppression and perversion of the truth at all costs is the objective.

I think many are retaliating against Youtube by voting down the ‘Youtube Rewind” video, which recaps the ‘supposed’ best content on YT for 2018. It’s now been voted the second most disliked video in YT’s history and will soon take the first spot.