You are here: Home » Babylon » 1st Beast » “Satan is about to mimic My perfect sacrifice.”
Share this post: 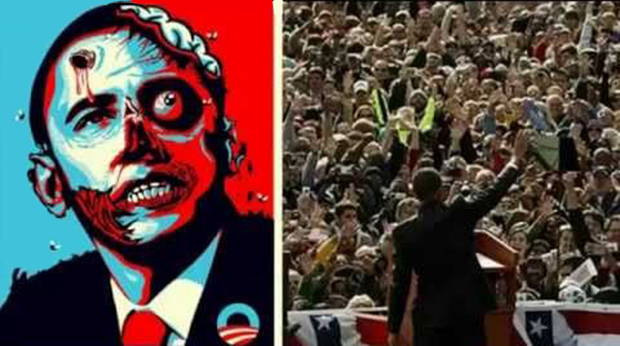 Robby Cousins shared the following testimony of a revelation God gave him. He originally posted in on his YouTube channel, but like so many other Christian YouTube channels I have subscribed to in the past, all of Robby’s videos have now been removed, which is why I always download any videos I want to keep.

As l was about to go to sleep on the night of Sunday, September 2, 2018, the Lord spoke clearly to me in the Spirit. First, I heard, “Brain damage.” Then I heard, “Head wound.”

Immediately, I picked up what the Lord was saying to me and I asked, “Does this man even know that this is being planned against him?”

The Lord responded, “If John F Kennedy had known he would be sacrificed, he wouldn’t have gone to give that speech. Satan is about to mimic MY PERFECT sacrifice which I made on the cross for mankind.”

Then I received revelation knowledge to understand that the devil is about to sacrifice his chosen son of the end times, the antichrist/beast. This man will receive a head wound similar to that of former USA president John F. Kennedy, but his wound will be healed through some form of demonic ritual which involves Artificial Intelligence. This man will not be the same person when he returns to gain power, but will be fully incarnated by satan, proclaiming to be God, and the world will marvel because of him.

Since he rebelled against God, Satan has been trying to exalt himself to be like the Most High God by repeatedly counterfeiting what God does. For example, Satan empowered the sorcerers and magicians in Pharaoh’s court to perform counterfeit miracles like those performed by Moses and Aaron. (Exodus 7:11-12) In the same way that God will place His mark upon His servants to protect them from harm, Satan intends to place his counterfeit mark upon his servants to seal their eternal doom. (Revelation 7:2, 13:16-18) In the same way that God sends His angels to deliver His messages, Satan appears to us as a counterfeit angel of light and conceals his servants as messengers of righteousness. (Matthew 24:4-5, 2 Corinthians 11:14-15) So it makes sense that Satan would also attempt to counterfeit the death and resurrection of Jesus Christ through his abominable man of sin.

12 “How you are fallen from heaven, O Lucifer, son of the morning!
How you are cut down to the ground, you who weakened the nations!
13 For you have said in your heart: ‘I will ascend into heaven, I will exalt my throne above the stars of God; I will also sit on the mount of the congregation on the farthest sides of the north;
14 I will ascend above the heights of the clouds, I will be like the Most High.’
15 Yet you shall be brought down to Sheol, to the lowest depths of the Pit. (Isaiah 14:12-15 NKJV)

And I saw one of his heads as if it had been mortally wounded, and his deadly wound was healed. And all the world marveled and followed the beast. (Revelation 13:3 NKJV)

11 Then I saw another beast coming up out of the earth, and he had two horns like a lamb and spoke like a dragon.
12 And he exercises all the authority of the first beast in his presence, and causes the earth and those who dwell in it to worship the first beast, whose deadly wound was healed.
13 He performs great signs, so that he even makes fire come down from heaven on the earth in the sight of men.
14 And he deceives those who dwell on the earth by those signs which he was granted to do in the sight of the beast, telling those who dwell on the earth to make an image to the beast who was wounded by the sword and lived. (Revelation 13:11-14 NKJV)

Thanks to Expat Gal for sharing this testimony.

Obama is meeting today with a large delegation of executives of the tech firms in Silicone Valley. This is a closed door meeting, by invitation only. The media is not allowed. The discussion will revolve around internet content and control.

I can’t remember that a past president has taken such an active role in defining internet control policies.

This was just a small back page article, but it will have a large implication.

How many of you have ever seen the movie Transcendence with Johnny Depp? Bear with me for a minute on this. We all know that ol’ goathead lucy wants to be like God. What characteristics does God possess that no other does? He is omniscient, omni-present and omnipotent. How could goathead accomplish this?

Enter the internet of things with a.i d-wave quantum super computers at the core. 5g is a stepping stone to 6g which will be a major component of this system. I have no doubt that some type of chip, which will ultimately become a tattoo, will connect people into this system. We are without question being conditioned to accept this technology. Personally, I believe this is a central part of the beast system. Whoever this anti-christ person is, he receives a mortal head wound. In the movie Transcendence, Johnny Depp’s character is killed and his consciousness is uploaded into an AI network. He is then able to do things like restore a blind man’s eyesight. In order to do so, the man had to “connect” to the system, giving Depp’s character permanent access to the man’s mind. In essence, Depp’s character gave “life” to the beast system. To a certain extent, the system made him omini-present, omniscient and omnipotent.

Our bodies are a temple. Who wants to set himself up in the temple and declare himself to be like God? Once Depp’s character was permanently connected to a person’s consciousness, he had been “set up” in their “temple”. Do you see where I am going with this? Now, I am not saying that this is prophetic or what is going to happen in regards to Revelation, just something to consider and keep in mind as these events unfold at an ever increasing rate of speed.

I just watched that again the other night and had the same thoughts about that! They probably already have the technology in place, if they can come out with a movie about it. It was very surreal.

Predictive programming as usual! This is “their” agenda- transhumanism.

Just for you : Google, Facebook, Neuralink Sued for Weaponized AI Tech Transfer, Complicity to Genocide in China and Endangering Humanity with Misuse of AI

From October 2016, right before the election in the United Stares:

“The time nears when the UN will perpetuate chaos everywhere. Their chaos will encompass the whole world.

But the chosen ones will survive and thrive in the midst of the perpetrator and traitor of the free world that led to the unfree world. Everything is going to change, but the elect of Christ will endure as they always have!

Be patient, for when these things happen, it will not be long until all that was prophesied regarding the events of Revelation 19-22 will come to fulfillment. Yeshua Hamashiach, Faithful and True, and leader of the Heavenly Armies will set us free from the bondage brought by Adam. Rejoice, for our redemption and the complete destruction of the enemy nears.”

Be warned about the violent backlash by his supporters on conservatives and Christians after this event, blaming them for his death. Could be a violent civil war.

Without a doubt! Wish I did not live in the suburbs of a large city. Mayhem and chaos…

Always thought it odd that former President Obama stayed in Washington, D. C when other Presidents retired somewhere else. Would not be surprised if Obama is involved, in some way, with the Anti-Christ System being ushered in soon. Just have a bad feeling with him, I hate to admit….

I had a vision this morning that Satan will mimic the White Throne Judgment. Our “NSA file” will be used for this. Everything you have ever said on the internet, email, text, phone calls and every site and image you looked at will be available for all to see. This is the second vision I have had about this.

Give details on this I’d like to hear about this

I didn’t get many details. It was causing alot of chaos.

Hahaha. Then, a lot of us are in “big trouble”, but I expect some of us will be confronted with a choice to take the mark/worship the beast or be tortured/killed. What we have said on the internets may be used as evidence of our unsuitability to the Satanic NWO and why some of us may be in that position.

The story of Daniel is on my tv…and Daniel is being taken away for praying to God.

I have a dear Christian friend o’seas.. we exchange emails fairly regularly in between her travels & teaching. Anyway one day back in 2013 maybe she contacted me to say she had a dream & she believed it was from The Lord..( Holy Spirit) I then saw it as a WARNING!…in the dream she said my emails were available for everyone to see. This really shocked me & I wondered Father what does this dream mean. ?

So I waited & fasted & started researching on how this could be.! I discovered a site in my country that is highly secretive: I am not going to state the name of it for safety reasons but found out there are similar sites one in particular in her country where they collect this info.. must have specialist technology.data etc.

Then there was the big story of our privacy etc.. Edward Snowden & all that.

That is an amazing revelation. I was aware of this information file for all Americans. What I also feel the Lord telling me to reveal is that it will only be used on those who do not accept the new world order, the mark, etc. and resist. Those who go over to the side of the antichrist will not be subject to this white throne judgment.

Praise God for the revelation he provides to his children. The extent to the mimicking that the enemy is going to do is horrifying, but OUR GOD is great than it all!