You are here: Home » Babylon » Mark of the Beast » Sadhu Sundar Selvaraj: Everyone Will Soon Be Assigned a Unique Unified Code 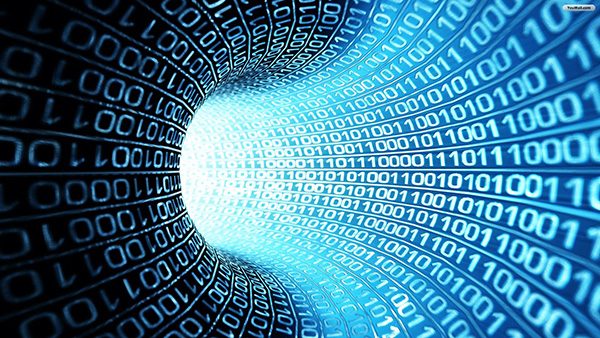 “Though there are many languages the world over, there will come a unifying code of communication that will unite the whole world as one. How is that possible? It is through telepathic communication through the microchip that will be inserted in every person (Revelation 13:16).

Likewise, when the chip is inserted inside you, all you need to do is think of a message or speak the message. Then the message will be wirelessly transmitted to the person to whom it is intended. The message will appear to the person right before their eyes as a text message or as an audio message, or they will see it in living colors as a video message. You may think right now, “Oh, this is great imagination!” It is not imagination but a reality to come.

The technology of the world is now ready for the antichrist to use. In the next two years, technology will increase rapidly that this will become a reality. People all over the world will embrace this technology as something wonderful and marvelous.

A unified code of a universal number will be assigned to everyone. It will replace your identity card, social security number, passport, driving license, phone number, debit card, credit card, ATM card and passwords. This one number that will be given to you will replace everything else. Each person will be assigned a unique code. How will this unique code be formed? Each person’s retina and fingerprints will be scanned.

Over in Israel, the Israeli government has announced that it is mandatory for all Israelis to be biometrically scanned: eyes, and fingerprints. The data will be embedded in a chip, and for now, will be implanted in their new national ID cards. A few other nations in the world already has that now. Most credit and debit cards already have a microchip embedded in them.”

It makes sense the mark of the beast would require a unique unified code for everyone on earth, which cannot be hacked because it uses their biometric data. This would be the logical first step to implementing national ID cards or mandatory chip implants.

When Sundar says communication through the chip will be telepathic, I believe he means it will be like that, but not literally telepathic, because there will be no visible devices used. Telepathic communication is what psychics use to read minds or gain other information through an unclean spirit, which acts as a medium between the spirit realm and the natural realm.

Sundar did not identify how he knows technology will increase rapidly in the next two years to make these things possible, but I don’t believe he would make a statement like that if it had not been revealed to him by God. His timing fits perfectly with the following word shared by Neville Johnson in 2014.

This prophecy sounds very similar to the dreams that Joseph interpreted for Pharaoh. In some ways, it sounds like history is repeating itself. If his timing is correct, we now have only four years to go. Technology would have to advance rapidly to meet that timeline. In any case, I believe we are much closer to the fulfillment of these prophecies than many people realize.

wow! thanks for that prayer!

I believe the technology is already here. Insiders have said that DARPA research and technology is 25 years ahead of what the public is aware of. The neurotechnology is far advanced. They teach remote viewing in the military which is telepathic. There are already chips and mind control technology that transmits sound waves to the skull and auditory cortex telepathically without headsets, earpieces, or earbuds needed that is wireless. Look at the recent shooter in Ft. Lauderdale and previous mind controlled shooters who admitted to hearing voices commanding them to do these things. The CIA started the MKULTRA projects back in the late 1940s. Read Russ Dizdar’s book “The Black Awakening” for more info on the chosen ones, the dark brotherhood and Babylon working babies who are Satans soldiers being created the past 4 generations to persecute and kill Christians and others in the end times. ISIS is CIA created and trained so they are proof they exist right now. They are forcing children to kill in the most recent videos that have been released. It is satanic evil on display.

Interesting that the late 1940s is when MK Ultra originated, and when the psychiatry departments emerged, I was told. These cruel MK Ultra techniques were brought to America by the Nazis who escaped in the Vatican rat lines. The Vatican ran Nazi Germany and brought their little devils over after WW2. I’ve read in the recollections of three or maybe four MK Ultra victims, they revealed that the psychiatrists tortured them in laboratories, and they mention a “Dr. Green” in charge, who they also say was MENGELE. Obviouslly, Dr. Mengele oversaw their evil experiments and their “science”. So much for psychiatry departments. All these satanically ritually abused children, all speak of psychiatrists involved in their torture. Mengele learned “scientifically” about stressing “the organism”, so this is really what they are: torturers. That’s their “science”, torture. Its certainly not insight. They have no insight. They are torturers, literally. I read the memoirs of one MK Ultra victim born in 1952 – all lthe memoirs I have read are from people born around this time – she said that Jesuit priests and Nazis workerd together. She said that the Nazis were very violent….buit they were terrified of the Jesuit priests. So that’s where the power lies: with the Vatican. Fiona Barnett The ‘Candy Girl’ Documentary MUST SEE!! – YouTube Video for fiona barnett candy girl documentary▶ 1:19:34 https://www.youtube.com/watch?v=qYlN-92tdmA Fiona Barnett was born around that time. She was handled by her grandfather, an escaped Nazi, and by Dr. Anthony Kidman, psychiatrist, father of Nicole Kidman. There also seems to be a satanic breeding program, and these children are trained to be cruel and enjoy causing suffering, trained scientifically in cruelty by “psychiatrists”, and the satanically ritually abused devil worshippers, are put in the hilghest positions of government, and as judges, police, IRS and… Read more »

Almighty G-d sees their puny plans against Him and His anointed and He laughs in derision.

More than ever the Gospel must prevail! And Christians, with the HELP of God, must be able to show/prove that HELL is SURE Destination for those who would take the mark!

James, I had a dream around three months ago where in the dream I was at the check out line and you had to use something like binoculars to pay, you looked into it and it read your eyes and you were done. no cards

If eyes are the mirror of the soul ? Why would you want a machine to scans,.The world is becoming very scary world I read about several different tribes that live all over the world they want not contact with the outside world, and have none. I really think if you do not live like that in group of some far away remote place and live off the land with you will not
survive what is to come. I’ve had dreams of exactly what will happen I was told that the son of perdition an t i c h r ist is born into the world

Sophie thanks for your post. Some people will survive. Study the humble scriptures–those in which pride and unforgiveness is broken off, it won’t be as difficult. Read Out of the Darkness by Benjamin Baruch. It is the 2nd most important book I’ve read!!! I have also had dreams of the end times.

James I was thinking of what could increase technology rapidly and looking back in History , when were the times of most rapid advancement in technology . It was always during war that technology advances most rapidly , because all of a nations resources are directed to survival . Look at the advances made from the beginning of WW1 & WW2 to the end of the wars . There were no V2 rockets , jets or atom bombs at the start of WW2 . In war a nation will use any technology to survive .

Neat video about the prison cell that Paul was held in prior to being martyred.

thanks for sharing the video!

Christians will not take this chip. Time to go underground.

James, I find it very interesting that Neville Johnson’s message of seven years from Joseph is in harmony with Terry Bennett’s three sets of seven years received from Gabriel. The chips don’t worry me, I don’t expect to be here.

Thanks for this post, James. Just last night, I came across below article that says facebook is working on a secret telepathic project which will enable one to send message directly from his brain though brainwaves.
http://www.businessinsider.de/facebooks-building-8-working-on-brain-computer-communication-platform-2017-1?r=US&IR=T