You are here: Home » Babylon » 1st Beast » Sadhu Sundar Selvaraj: Antichrist political headquarters will be in Berlin
Share this post: 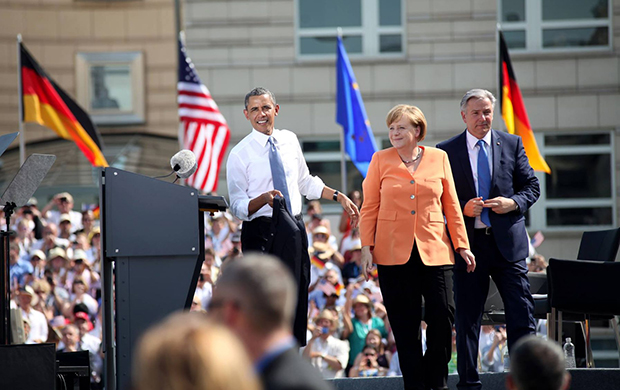 Speaking at The Gathering Church in Moravian Falls, NC, prophet Sadhu Sundar Selvaraj shared insights into the future role of the antichrist.

In the 7-minute video shown below, Sundar shares a story about an unwanted layover he endured in Frankfort Germany in 2015, forcing him to spend the night there. An angel said to him, “There is a reason why your flight was delayed because God wants you to put your feet in this land because you have an assignment to do in this land.”

As he was pondering that and wondering if these words were from God, the angel gave him a sign, Germany would win the World Cup in soccer. That was one week before the final match was played. Germany was given little chance of winning, but they did.

I find Sundar’s insights interesting because the three roles he identified confirms what Terry Bennett was shown, political, religious, and economic. The angel Gabriel told him when the antichrist gains control over those three areas, it will complete 666. Sundar’s message helps bring those three roles into view by connecting one of them to Berlin.

Berlin is interesting because it has been the center of fascism and anti-semitism, leading the world into World War 1 and 2. So it fits the role of the antichrist well.

The Bible reveals the antichrist will establish his throne in Jerusalem when he enters the temple and declares himself to be God, so Jerusalem seems likely to be his religious headquarters. (2 Thessalonians 2:1-4) The location of his economic headquarters remains unknown.

Sundar made no mention of the identity of the antichrist, but many others have received dreams, visions, and words pointing to Barack Obama. In a dream in 2014, I was taken years into the future where I was shown Obama’s role in the destruction of the United States. At the end of the dream, I saw a plane flying east leaving the United States as it flew over the Atlantic Ocean. I knew Obama was on the plane. Then I heard the voice of someone standing behind me saying, “He has completed his assignment here. He is now moving on to his next assignment.”

Some dismiss the possibility that Obama could be the antichrist because they claim the antichrist does not come from the United States. However, my dream helped me understand he will not always be in the United States, but will depart from here and rise to power in another part of the world. His next assignment has not yet come into view because he is still working on his first assignment. These events will take years to unfold because he won’t even start his next assignment until he complete the first one, although his current assignment is helping him lay the groundwork for the next one.

In 2016, Diane Pulliam received a confirmation of what I saw, Obama moving into a new assignment after departing from the United States. She saw him taking up residency in Iraq.

Another confirmation comes from the creepy 5-minute video shown below, which looks like something out of an apocalyptic movie with thousands of young people in Germany watching Obama on a big screen as he talks with Angela Merkel. It is amazing they would care enough to take time to listen to him and even more amazing considering Obama had already left office. I doubt many young people in America would pay attention to a German leader, especially not a former leader, yet somehow Obama has captured the hearts of many German people. Obama was also welcomed by huge crowds after he became president in 2009 and visited Berlin, making a speech at the Brandenburg Gate.

I am overwhelmed with the response on the message of “ALARMING PROPHETIC DREAM” This message came forth in 2012 and the shock of christians falling into hell and being spewed out of His mouth. It seems that most people would blame the leaders, who are apostates. Still those who chase after the apostates are just as much to blame for their poor choices.

This message called ‘HIGHWAY ROBBERY” is talking about the gamblers(ministry), and the people who follow after them. This message was released in 2009. The Lord has blessed us with discernment that is so lacking in the church today.

The Lord gave my wife a dream in 2012 that showed a pile of rice in a corner of the room. From this she determined that we should have six months of food available in storage. We did this with all the necessary support items to cook the food. If we didn’t live long enough or were removed at least someone would benefit from our faithfulness. Most people we shared this with only gave us a blank stare or smiled with a smirk. Thanks for all your research and being faithful in what God has shown you to do.

this is very important

Germany Will Be An Ally To The Antichrist Nations, And Will Be Enemy Of Christendom. Be Prepared For Germany by Ted

quote from the link above
When knowing our Lord said we would know them by their fruits though, I see bad fruit in Germany all through history. Also we can remember that Berlin has the satanic Pergamon Altar now, I don’t know what that means entirely but it’s a bad sign for Germany no doubt and a symbol of the union they share with “Turkey” .
the country of Germany are the ones most active in advancing Islam in the Christian world.
also sure that the existence of the Pergamon Altar in Germany is no coincidence and serves as a sign that Germany is a ” goat nation” and enemy of God.
Gog” is a common surname in Germany.????
any thoughts, i think this is interesting

Hey “ask question”, your statement is not fair. Sure out of Germany much destruction was commanded. But I believe the enemy has perverted German destiny because the church was sleeping and divided in early 20th century.
Don`t forget the Reformation exactly! 500 years ago. Think of, how Christianity would be without. Think of the million refugees Germany received in the last years (some of them were fundamentalist), many of those were broken people. Many received the Gospel in Germany.
May the Lord increase your discernment.

you might be right, i am open to opinion,
i just quote the message from the link,
I only heard that pastor Nita Johnson said that America is sheep nation, i never heard that germany is goat nation,
i only can said globalists (angela merkel, elite……} will do something very bad to nations. not german people.

i need the discernment form God , that is my prayers. , AMEN

I found the purpose of the event also fitting – a celebration of 500 years since the great reformation. Obama totally sees himself as the next great reformation to come. The three crosses in the background are a slam to Jesus Himself. 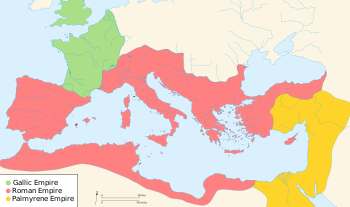 this area is currently under muslim control, including spain, and muslims are flooding into europe ,
globalist/ geman pm merkel bring muslim people into europe,to prepare the stage for a/c
do think the roman empire or holy roman empire will rise again? the said 4th reichs ?
Pergamonaltar and the Ishtar Gate,
a/c – GERMAN BABYLONIAN ASSYRIAN,
There are also muslims in Germany. There is a muslim mayor in London. a/c is certainly a globalist, Merkel makes the statement that Germany will be an Islamic nation,
Daniel chapters 9, 10 and 11). The ‘Little Horn’ (not Antiochus Epiphanes) comes out of the area once occupied by Seleucid (one of Alexander the Great’s four generals) i.e. modern day Syria, southern Turkey, Iraq, Jordan and western Iran.
any idea ?

https://www.youtube.com/watch?v=FnC7U2gE5-k
Rise of The Beast – Pergamon and The Seat of Satan