You are here: Home » Trading » Equities » “We believe the reversal is likely to be sharper and deeper than one might expect.” 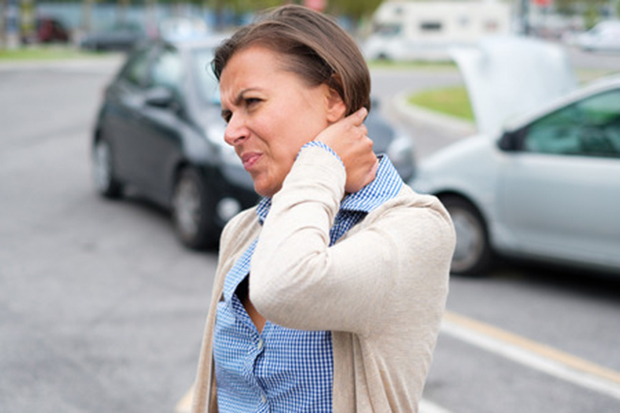 The following recent quote from Morgan Stanley’s Mike Wilson is warning we are very close to the start of a big drop in equities.

“…if equity markets fail one more time at our key resistance point, we believe the reversal is likely to be sharper and deeper than one might expect, even if the earnings recession is more benign than we expect.” (Source: zerohedge.com)

Investment giants like Morgan Stanley have access to the best historical patterns and analysis, so they must be seeing some alarming patterns to make a public warning like that. Their forecast confirms what many other respected cycles analysts are showing, a major low in equity markets in the second half of this year, ranging from an 11-12% drop in August-September to a 50% drop into late November.

Mike Wilson is referring to the pattern forming now, called a triple-top reversal, which is where the price tries several times to break through resistance but fails. The third failure completes a W-shape and marks the start of a sharp reversal. The resistance is formed by a long-term trend line connecting the top on January 26, 2018 with the top on September 21, 2018. SPX touched this trend line again a few days ago, July 26, when it topped at 3028.

On June 18, Z3 News Contributor Phanuel shared that God had shown him SPX at 3035. This target has not yet been reached, but he was not shown any dates. It’s currently very close at 3015. The trend line is sloping upwards so it’s getting a little higher each day and will reach 3035 on Friday August 9, which is my current estimate of where the turn is. However, during my prayer time on July 12, I saw a green 25 and a green 55. I believe the green 25 was fulfilled in intraday trading on July 18 when the markets reversed hard, moving up exactly 25 points after starting the day with a drop, so I am now watching for the green 55. In the past, my red and green numbers have been fulfilled in intraday trading, but since 55 is so big, it might take a few days to do it. If 3035 is the top, that would mean SPX would first need to drop down to about 2980 before making a steep move up to about 3035, but the top might be a little higher than 3035 since prophetic price targets usually show direction and rarely mark exact turning points.

The historical pattern also shows the top is 40 to 45 trading days prior to the bottom, so if the top is August 9, adding 45 trading days puts the bottom on Friday, October 11. However, historical patterns also show the first drop is about 9-13% followed by a big bounce back to within 3-4% of the top, so if the top is 3035 and the pattern is repeated, SPX would make the first bottom at roughly 2640 to 2761. The June 3 bottom, which was 2728, is within that range and previous bottoms often mark support levels, so it might find support around there. If the historical pattern is repeated, it would then form a secondary top at around 2913 to 2944. From there, the drop to the next bottom often happens within 10 to 15 trading days.

In addition, the drums of war are beating loudly with U.S. military forces moving into position for a potential conflict with Iran. If that happens, equities would likely make a lower low while oil and precious metals move sharply higher. I believe this is a very real possibility.

Wow! I guess today fulfills this! Dow down 750 as I write this. SPX minus 82. Is this the beginning of the downtrend that continues until fall? FAZ, UVXY, and other inverse ETFs continuing to climb now? Does anyone feel good about gold or JNUG? I had a dream about a huge gold nugget rising out of a beautiful body of water like those mounds that are in the water in Phuket,Thailand.

According to prophetic words on this forum:
– Phanuel saw SPX at 2560, then later at 3035. This might mean that SPX goes down to 2560 (or below) before heading up to 3035 (or higher)
– James Bailey has revelations that might mean that the last “leg up” of Equities markets will be fast and steep, just before the PLUNGE

From these revelations, I expect SPX to hit New All time Highs (after this selloff), just before the PLUNGE.

It is important to not that ALL Members of Congress (USA) are out of session from August 5th to September 6th. This would be a good time to expect a market selloff, as market manipulators sell stocks before they dash off to expensive lucrative Summer Holidays.

Thanks, Cunny Fred. It’s interesting that Congress was out of session when Monday’s market sell off happened. We will see how the rest of August goes. I’m guessing the manipulators have more tricks up their sleeves and lots of fake news to drive the market whichever way will benefit them. Shalom, Brother.

Your dream reminded me of a dream I had last year. I saw 2 huge silver rocks on top of a mountain, they were embeded into the side of the mountain on the top of the mountain, and there was snow everywhere. Then I saw an old friend from 1985 cutting down these huge timber trees and he was stacking them on top of each other with some big yellow tractor crane machine. I remember seeing him stack at least 4 huge logs upon each other. I’m not sure how to interpret it, but maybe means 2 peaks in silver. The friend from 1985 cutting down the trees and stacking the logs may represent stocks crashing down to S&P range 1985, or lower? I don’t know if that would be a correct interpretation. Also, there was snow, maybe means it happens in the winter or fall season, October-December?

Thanks for sharing this. Snow often represents bearish silver prices since it is white and wet.

James,
Can you share your opinion on the current stock market’s movements?
S&P closed at 2844 last trading day.

Based mostly on historical patterns, I am expecting SPX to form a secondary top slightly above 2900 in the next 2-3 days before dropping sharply lower into late August. Earlier this year I saw 2520 but did not see any dates. That would make the next drop about 2x the drop from 3027 to 2822. I think it’s possible it drops that low but have 2688 as an alternate bottom. There should then be a bounce back up close to the previous bottom, which was 2822, around the fall equinox and Sept 18 Fed meeting, possibly topping on Sept 24. From there I am expecting a crash hitting bottom on Friday October 11, possibly triggered by a crash in Germany on Sept 25.

James,
Thanks for sharing.

James,
Phanuel saw SPX at 2560, while you saw 2520. It is possible that the market might go even (slightly) lower.

I would be careful about the dates – anything can happen

There is Gossip out there that an Economic Reset is scheduled to happen around the time of Brexit = October 31.
I expect markets to be shaky, before and after this date.

Yes, could go lower, but should get a bounce ahead of Sep 18 Fed meeting.

The market bounced backed at 2822 today. Thank you for your information.

That’s not the bounce I was referring to. I’m expecting a top tomorrow around 2915 followed by another big drop possibly until late August, then comes the big bounce topping Sep 24.

Where are you expecting the bottom to be around on October 11?

Thanks, Ears to Hear. Your dream seems to point to bearish equities and silver to me. As for an old friend in 1985, I have no idea what that means for the market, but I was married in 1985, and it went south (was cut down) after being “on the rocks” in 2005, so it spoke something to me on a personal level, lol. Maybe the 20 years means something here, I don’t know. Whenever someone shares a dream to a specific individual I always wonder if it’s for that person to pass the puzzle pieces to them specifically. So if those dates or 20 years, or marital matters means anything to anyone, maybe I’ll pass the baton to them for interpretation or just for application to their own life.

James, do you still think the markets are going to correct towards the end of this month? After trump delayed the tariffs. Thank you.

Speaking about the US and Iran, I remembered an old prophecy made by Chuck Youngbrant when he was still alive. It involved the US going out with its troops and Iran launching a nuclear bomb that wiped out all the US troops stationed there which was devastating to the US.

I found the link for that prophecy, just scroll down the page a little:

My guess might be wrong, but stocks are already dropping just after the Fed meeting.

That’s possible, but it falls just a little short at 54.89. Some other prophetic stuff indicates a steep move up coming soon so I think it might still be ahead.

I’ve found sometimes the numbers round up and don’t have to exceed. SNS