You are here: Home » News » Financial News » It’s A Retail Apocalypse: Sears, Macy’s And The Limited Are All Closing Stores 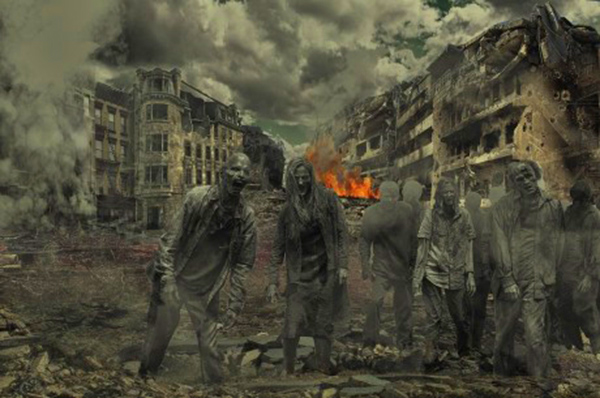 It has only been two weeks since Christmas, and already we are witnessing a stunning bloodbath of store closings.  Macy’s shocked the retail industry by announcing that they will be closing about 100 stores.  The downward spiral of Sears hit another landmark when it was announced that another 150 Sears and Kmart stores would be shutting down.  And we have just learned that The Limited is immediately closing all stores nationwide.  If the U.S. economy is doing just fine, then why are we experiencing such a retail apocalypse?  All over America, vast shopping malls that were once buzzing with eager consumers now resemble mausoleums.  We have never seen anything quite like this in our entire history, and nobody is quite sure what is going to happen next.

Not too long ago I walked into a Macy’s, and it was eerily quiet.  I stumbled around the men’s department looking for something to buy, but I was deeply disappointed in what was being offered.  After some time had passed, an employee finally noticed me and came over to help, but they didn’t have anything that I was looking for.

And it is a sad thing, because over the past several years when I have gone into Macy’s looking to spend money, most of the time I have come out of there without spending a penny.  Macy’s has made some very bad decisions recently, and I am hoping that they can still turn things around.  But for the moment, they are closing stores and cutting jobs.  The following comes from the New York Times…

Struggling with sagging sales over another crucial holiday shopping season, Macy’s announced on Wednesday that it was eliminating more than 10,000 jobs as part of a continuing plan to cut costs and close 100 stores.

Macy’s, the country’s largest department store chain, said sales at its stores had fallen 2.1 percent in November and December compared with the same period in 2015. Terry J. Lundgren, the company’s chairman and chief executive, said in a statement that while the trend was “consistent with the lower end of our guidance, we had anticipated sales would be stronger.”

Another legendary retailer that really does not have any hope left is Sears.  Every year they just keep closing even more stores, and because they are losing so much money they don’t have anything to invest in the stores that remain.  As a result, the state of many Sears locations is downright embarrassing at this point…

But the retailer, famous for selling everything from shoes to vacuum cleaners to whole houses, is facing its biggest crisis ever. It’s closing hundreds of stores. Others are in shambles, with leaking ceilings and broken escalators. In some, employees hang bedsheets to shield shoppers from sections that stand empty.

They keep closing stores in a desperate attempt to stop the bleeding, but it hasn’t worked.

Last year, Sears had 1,503 stores, and now a whole bunch more are being shut down.

But everyone can see where this is going.  As I have stated repeatedly, Sears is going to zero, and many of the experts completely agree with me…

“They are going out of business,” said Van Conway, an expert in bankruptcy and debt restructuring and CEO of Van Conway & Partners. “This snowball is 90% of the way to the bottom of the hill.”

Of course Sears is still surviving for the moment, and that is more than can be said for The Limited.

Back in the old days, it seemed like every mall had one of their stores.  I remember passing it on my way to Orange Julius and Herman’s World of Sporting Goods.

The Limited, a once-popular women’s clothing brand that offers casual attire and workwear, no longer has any storefronts.

On Saturday, a message on the store’s website read, “We’re sad to say that all The Limited stores nationwide have officially closed their doors. But this isn’t goodbye.” The website will still be up and running and will continue to ship nationwide, the company said.

In addition to Macy’s, Sears and The Limited, other huge names in the retail industry have also fallen on hard times and have had to shut stores over the past 12 months.  The following comes from the Washington Post…

The retail environment has proved challenging for a variety of stores: Sports Authority went out of business in 2016, shuttering more than 460 locations in U.S. malls and strip malls. PacSun, Aeropostale and American Apparel each have filed for bankruptcy protection in the past year and are aiming to reorganize and revive their businesses.

So why is this happening?

Without a doubt, our shopping habits have changed.  And in the online world, many of these retailers are being absolutely crushed by competition from Amazon and other tech companies that developed online infrastructure before they did.  I know that my wife and I actually prefer to shop online for many things when possible, and I anticipate that the share of retailing done online will only continue to grow in this country.

But let us also not underestimate the impact that the stagnating economy is having on ordinary consumers.  Thanks to the last eight years, approximately two-thirds of all Americans are living paycheck to paycheck.  More than a third of all Americans have a debt that is at least 180 days past due, and the rate of homeownership has been hovering near the lowest level that we have seen in about 50 years.  As you read this article, more than 95 million Americans are not in the labor force, and that number has grown by 18 percent under Barack Obama.  Homelessness in New York City and other major cities is at a record high, and as a nation we have accumulated the largest mountain of debt in the history of the world.

Let us hope that things can be turned around, but if current trends continue the retail apocalypse is just going to go from bad to worse, and we will continue to see lots of headlines about more stores closing down.

Online sales represent 10% of total retail spending by consumers. The narrative which blames online sales for the demise of retailers is a smokescreen to hide the collapse.

The answer is simple. All these things must happen so that when the antichrist appears on the scene, the world will readily accept him as the saviour of the world’s declining economy. It is not just Americans who are living pay cheque to pay cheque; this is the cry of most people in the western world. We who know what the Bible says should never be surprised at what is happening on our planet; what we need to do is ask God for wisdom as to how we should prepare for what lies ahead so that we and our families can survive and so that we can be a blessing to others who will be caught off guard when the beast system is fully instituted.

“The Demographic Cliff” by Harry Dent (2013) explained that this would happen due to declining population. He noted population decline would have been seen durimg the last quarter of the 20th Century, but it was compensated by strong immigration. He avoided the obvious (imo) that abortion is responsible for our plunge over the demographic cliff. God’s first command was “Be fruitful and multiply”. Instead, we’ve aborted our future.

China’s the same way, with not enough workers to compensate for the not working. With the advent of AI robots, one might think there will be a large majority of people who don’t work, but after WW3 that won’t happen.

A story just came out about retail collapse and store closings. One look at the title of the article, and you can guess why it peaked my interest. Jackson mentioned empty shopping malls in one of his prophecies. It doesn’t look like we are very far from that happening.
https://www.zerohedge.com/news/2018-08-10/retail-collapse-here-are-2018s-57-biggest-store-closings

Thanks, Michael, for this informative article.

41 second youtube video on Family Guy on Sears sums it all up: