You are here: Home » Prophecies » “Now I Come Forth as Redeemer, Restorer and Rebuilder”
Share this post: 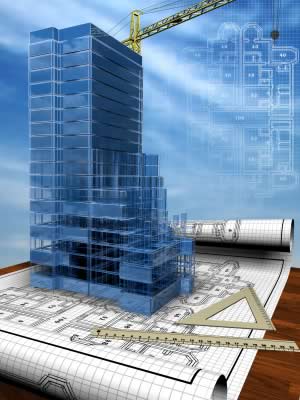 “Embrace your turning point. Over this past season you’ve been sifted and you’ve been strained, and you have even fought for your very breath. But this is a day of change! This is a day of rearranging! This is a time that I AM sending a three-fold cord of empowerment into your soul that cannot be broken. For many of your nerves were strained and broken over the last seven years. Many covenants that you thought would last are now lying by the wayside. I am now sending a three-fold cord to reform, and to restore, and to rebuild. I am causing My restoration of your future to begin to rise. Step in to the well and the water that is now stirring and moving. Watch Me begin to wash away what strained you. Watch Me cause you to shine. Watch Me give you new territory for this season.

“When you look at yourself, don’t look for the pot or vessel that you were. I’ve had to disconnect elements from how you were built, crush, and then add new liquid that would cause you to be made into a structure for the future. What I am rebuilding, restoring and redeeming will look different from anything you expected from the past. Others that look you at would say, ‘Who is this person?’

“Your heel will crush the head of the snakes you’ve seen in the past. The attacks you’ve seen between brothers and brothers, and sisters and sisters — look ahead and see the covenant that I have been developing. I will send My people realigned into the enemy’s camp. This realigned army will defeat the enemy and the booty will be brought to My Kingdom. You will fight alongside those you thought were sifted away. I am restoring an army in a new way, and I am realigning a new day.

Charles D. “Chuck” Pierce serves as President of Global Spheres, Inc. (GSI) in Corinth, Texas. This is an apostolic, prophetic ministry that is being used to gather and mobilize the worshipping Triumphant Reserve throughout the world. GSI facilitates other ministries as well, and participates in regional and national gatherings to develop new Kingdom paradigms. Peter and Doris Wagner complete the leadership team of this new wineskin. Chuck also serves as President of Glory of Zion International Ministries, a ministry that aligns Jew and Gentile. He is known for his accurate prophetic gifting which helps direct nations, cities, churches and individuals in understanding the times and seasons in which we live.

Chuck has a degree in Business from Texas A&M, Master’s work in Cognitive Systems from the University of North Texas, and a D. Min. from the Wagner Leadership Institute.

https://www.youtube.com/watch?v=CJZd7t-yOss
His life could be in danger….

I love the “Ancient Books”! I read and study them every day.

You have no idea how this prophecy spoke to me and my situations over the last 7 years. God has picked my pocket with this message, and pinned it on the wall. I am greatly encouraged to press forward by the Power of Jesus Name, with His angels to perform His Word. (Ps 103:20)

I pray for all our Z3 families and others! Times of change are upon us and as the darkness covers our land with the Lord Jesus Christ we shall be the light that shines through! We are the Warriors within that will bring harvest to his kingdom. All Glory to our father and Lord, Amen!

Thank you Chuck for the encouraging words. God’s people are in need of times of refreshing that come from above!
God Bless You!
Please intercede for the next 10 days like never before.

HE is the Yes and Amen to all His promises! Thank you for this Word. I receive this that I may be a blessing to others. Father thank You for the Ancient Books and leading us by the Ancient Paths of victory. What is yet to be, yet to be seen has not been seen and done in our time. Your dimensions are limitless and You have reserved the best for the last such that the evil one’s breath will be taken away and he shall be astonished.

Thank you!! It was if this has been written especially for me!!! Such a comfort!!