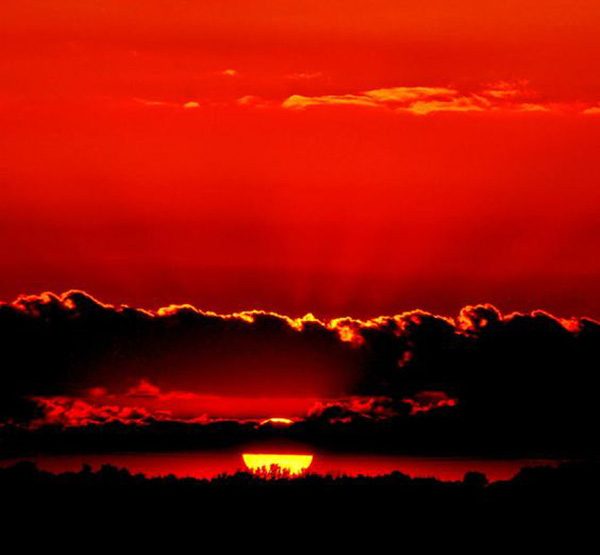 On the morning of January 16, the Presence of the Lord was strong in a somewhat different way. As I gave praise and worship, I was moving around the Worship Room covered with my tallit and with my hands lifted up in thanksgiving and total surrender. Suddenly I was stopped in place and felt the power and presence of the Lord falling on me like a waterfall.

I stood still (barely able to continue to stand) as this flow covered me and flowed through me. It was awesome! I had entered His presence this morning to thank Him for breaking the power of the enemies of Israel in France. I thanked Him for showing Himself strong in revealing His displeasure at what the nations were trying to do to His people and His land. I was surprised when He broke into my thanksgiving to express His gratitude to all those who were interceding for Israel. If you have been interceding, the Lord is pleased with what you have done and are doing for His Kingdom. Amen?

Suddenly I had an open vision. In the vision, I was standing in a room I had never seen before. I was looking out into the night through the only window in the room. It was totally dark outside. Suddenly a lion raised up and began to claw at the window with His powerful front paws. The light from the room illuminated the lion which appeared to be pure white in color. I had no fear. I understood that the Lion of the Tribe of Judah covered with the Spirit of Holiness was desiring to be let into our lives.

As I looked at the lion and pondered how to let it in, I saw a beautiful sunrise in the distance. The sky literally seemed to catch fire as the sun rose. Then the land below also seemed to be on fire. The sky appeared to be filled with deep red colors in the clouds and on the land as the amber fire of His Glory began to rise. I remembered an old saying my father taught me: “Red sky at night – sailors delight. Red sky in the morning – sailors take warning.”

The warning has been given. Storms are coming, and the Lion of the Tribe of Judah (Revelation 5:5) wants to come in now in order to protect us from the wrath to come.

“For they themselves declare concerning us what manner of entry we had to you, and how you turned to God from idols to serve the living and true God, and to wait for His Son from heaven, whom He raised from the dead, even Jesus who delivers us from the wrath to come.” (1 Thessalonians 1:9-10)

I want to let the lion come in with the full power of the Lord to save us from the wrath. How about you? Are you ready to receive a greater outpouring of fire, love and protection in this season?