You are here: Home » Prophecies » End Time Prophecies » Birth Pangs » RED ALERT – WARNING! The Powers To Be Can Come After Your Child/ren Using Covid-19 Infection
Share this post: 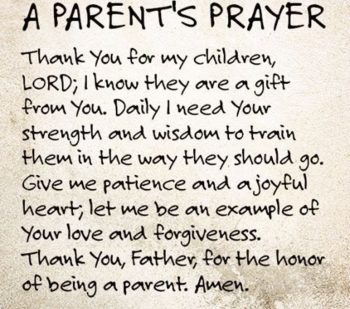 Writing this article right now, I literally can FEEL God’s righteous anger about these plans rolling out to TAKE YOUR CHILD/REN from your home! There are plans in place to be able to remove YOUR CHILDREN from your PARENTAL CARE & place them in a childcare center if you and/or someone else becomes ill with Covid-19! Get ready now for how you will handle this complete infringement on your rights if someone shows up at your door.

We are in a war & we must pray protection over our children which are a gift from God! The same people that want your children are the same powerful people involved in pedophilia and sex trafficking. We must stand against this evil in prayer & intercede for families that will be facing this in the days ahead. This situation reminds me of the poem, “First They Came” by Pastor Martin Niemöller, who was imprisoned in a concentration camp for speaking out against Nazi control of churches.

WE MUST raise our voices & speak out NOW!

Please watch all of these videos.

News about what is happening in Minnesota.

Article (State of WA that tells people not to worry, that the 3 quarantine centers are for “The center(s) will be for kids already in the system…foster kids and kids that would be voluntarily put into foster care from parents with COVID-1.”.

Dr. Michael Ryan, executive director for the World Health Organization’s health emergencies program, stated at a WHO virtual press conference on March 30, “And at the moment, in most parts of the world, due to lockdown, most of the transmission that’s actually happening in many countries now is happening in the household at family level. In some senses, transmission has been taken off the streets and pushed back into family units. Now, we need to go and look in families to find those people who may be sick and remove them and isolate them in a safe and dignified manner.” NOTE: REMOVE THEM AND ISOLATE THEM

LAWLESS AMERICA DESTROYING FAMILIES: Judges are removing children from their parents and their homes due to the Corona virus. This is not being done to married families but rather only those who have been in divorce court and child protective services foster care. “NO CONTACT” with a child is SEPARATION ALIENATION.

A woman who works in a medical center had her children removed from her custody and home from a judgment against her after her ex insinuated she was creating a hazardous situation for the children, EVEN THOUGH the mother was NOT sick nor had she tested positive for Covid-19! ??

“So these migrant children in ICE family residential centers were already in the safest place they could possibly be, but now due to a federal district judge they could potentially be released and enter the lucrative child trafficking network, all under the excuse of ‘protecting them’ from COVID-19.”

The DANGER of medical kidnapping of children in the U.S. is very real! Article

Be extra alert to what is happening in your state or country as I believe with the next, much worse and more deadly wave, this policy will be enacted at a greater frequency and scope.

There’s definitely a battle on for children. The spiritualists say that the dark beings are after our children. Anything that reflects the divine and goodness is a target for them. I think the only way to fight this is to organize a large group of citizens with a team of legal experts at the helm. The state administrations are finding that changing/bending law is a wedge to pry our freedoms and personal lives out of our hands. No time to spare either.

Hi There,
This is just disgusting I think it would have a terrible effect on the children taken away in that they would probably not be able to trust anyone and would fill them full of resentment against authorities etc .
While listening to the first video I got the words fight the good fight against all this.
I don’t live in your country so I am not sure where you would start apart from protesting to your president Trump about it all.
I guess you could remind him how would you like your kids taken away from you under this Covid rule.
It’s shocking to hear judges putting in gagging orders as well.
What a bent system you have.
Americans do what you have to do to fight the good fight against all this.

Hi David. I agree that the system is broken that this has already happened in the U.S. but be warned that the WHO official was talking about going into homes & removing people & children from homes around the world. There is a plan, I have read it in U.S. FEMA (Federal Emergency Management Administration) to separate families. I expect this is a global plan sadly so we all need to be very alert for these evil actions to disband our families through forced removals under the guise of “public health” and/or “safety”.