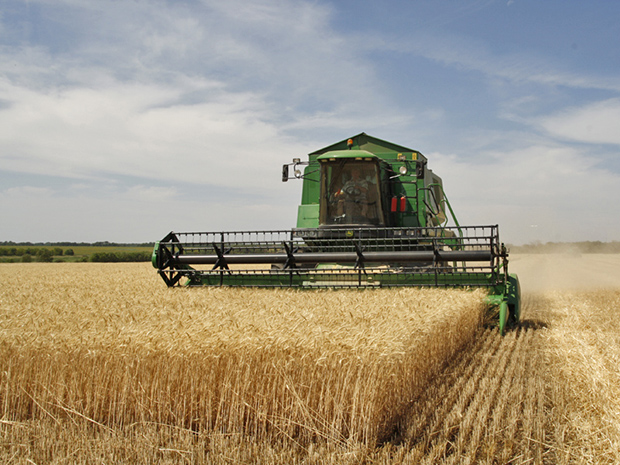 It struck me that the deliverance was coming as His Rhema word was going forth. It took me back to an encounter I had with the Lord many years ago where He said, “One word out of My mouth changes everything”.

The Lord showed me that the POWER of His voice to heal and deliver was being made manifest in the lives of many right now. There was a deep, deep touch of the Holy Spirit that was taking place in the hearts of many right now, hearts that had become so burdened, so weary and so heavy laden. The Lord showed me at His feet He is bringing forth a depth of rest that they had not walked in before. The Lord was thundering restoration over His people and a fresh infilling that was causing them to ‘get back on their feet’.

There were many who have ‘sat down’ in the spirit, not in a place of rest, but from a place of feeling so weighed down, the heaviness becoming so heavy that they just wanted to ‘sit down’ and not stand anymore, but the fiery empowering presence and power of the Lord was touching them so deeply, I saw many lying on their faces at the feet of Jesus weeping and shaking under the power of His Spirit as He was delivering, healing and restoring them. This powerful touch of the Lord as He spoke truth into their innermost being was causing them to stand again and to stand up again stronger than ever. Restored, increased, fortified, refreshed, and empowered.

“NOTICE THEY ARE PIONEERS”

In this encounter, I am not only seeing the ‘battle weariness’ of hearts and the ‘trauma’ many had faced because of what they had walked through, I saw the enemy had landed so heavily upon that battle weariness and trauma and was bringing such heavy oppression and discouragement, but the touch of the Holy Spirit was causing them to stand up again, restored, healed and empowered. That’s when I heard the Holy Spirit say, “Notice they are pioneers.”

I then realized at that moment that many who were at this ‘breaking point’ were pioneers. They were those that the Lord had a new assignment for their lives to pioneer something new with the Lord that they had never put their hands to before. So not only were they dealing with issues of the heart from battle weariness and trauma but they had become a target of the enemy, because of the new assignment that the Lord was releasing upon their lives.

The Lord then spoke, “NOW FROM DELIVERANCE TO COMMISSION”.

The Lord spoke again, “STAY CLOSE, STAY CLOSE, STAY CLOSE”. I knew immediately that the “weight” of these new pioneering assignments of the Lord was weightier than they had ever carried and it was IMPERATIVE that staying close to Jesus and leaning upon His chest was always of utmost priority. I knew by the Spirit that the ONLY WAY to complete and sustain this pioneering assignment of the Lord was to stay close to Jesus, it was to be so deeply connected to Him, His way, and what He was saying, to be led in fulfilling this new assignment and commission. It was SO clear to me that these assignments were SO out of left field, they were ‘never done before’ that it could be seen as incredibly daunting, and the Lord was stretching these pioneers into territories they had never walked before and that required a deeper reliance and dependence upon the Lord to move with Him in these new ways.

I felt the weighty fear of the Lord over me as His words “STAY CLOSE” filled the atmosphere. He spoke again,

“Pioneers, stay close. I will guide you EVERY step, I will teach you and train you. Keep your heart soft and teachable before Me. Tender to My leading. For you are about to host the greatest move of My Spirit in these new pioneering assignments than you ever have before. People will come from near and far to the arks of My Glory that I will have you build. Do not be daunted, do not be afraid. For yes, the greatest move of My Spirit is upon you, but as you stay close to Me, deep in the secret place, you will hear My leading, you will see My Spirit teach you how to steward these new grounds, and this will be your most glorious time of partnering with Me in your life thus far. Yes, for many of you it is completely unexpected, but you will come deeper into the understanding of “not by might, nor by power, but by My Spirit.” (Zechariah 4:6)

He continued to speak, “GUARD THE VISION”. I knew the Lord was saying that as the vision was being birthed and going forth, that He was going to bring like-minded tribes to these pioneers to assist in the work of the Lord, and they were being sent by the hand of the Lord. I could feel the warning from the heart of God to these pioneers to be wise and led by the Spirit of God in who is invited into the ‘birthing room’ and ‘building space’ of the vision because being led by Him in the ‘team’ to birth and build the vision would cause it to flourish, but to not be wise and led by the Spirit in who ‘builds’ the vision and ‘casting the vision’ out before all and inviting ‘all’ in would cause the vision to be hindered in its birthing. The Lord showed me that even some of the tribe that the Lord was bringing to help ‘birth’ and ‘build’ the vision was unexpected, but the Lord was crossing streams and bringing new alignments from these different streams to move in greater unity in Christ and in the vision He had released.

Unexpected provisions were flowing into the vision that the Lord had commissioned these pioneers into, from every direction. I continued to hear the Lord repeating, “MORE THAN ENOUGH! MORE THAN ENOUGH!”. The Lord was speaking of the abundance of His provision for the new assignment and pioneering road the Lord has for these ones to walk down and build and that provision would never be an issue. There will be an abundance of provision to not only do all that the Lord has called them to do in building the vision but to also carry baskets full of His provision to sow radical generosity in many other fertile fields.

“LISTEN TO MY VOICE”

“Many may laugh, many may mock, but listen to My voice. For My voice will sustain you. My voice will guide you. My voice will strengthen and empower you. For I will place favor upon your obedience and upon the work of your hands to build with Me this new pioneering assignment that I have commissioned you into and as you stay deep in the secret place with Me and listen to My voice, the words of others will not touch you. Continue to stay nestled in My Word and My voice and the favor I will pour upon you will be greater than you have seen.”

“CITIES FILLED WITH MY GLORY”

I began to see these pioneers in cities all across the world and they were building in obedience to the Lord and staying deep in the secret place and I began to see each of these arks that were being built all across the world in different cities were being filled with His Glory. The Lord spoke “Cities FILLED with My Glory” and the sense surrounded me so strongly of the move of God breaking forth in cities through these pioneering assignments and divine innovations that were seeing His Glory manifesting in cities like never before. There were regional shifts taking place. I could hear the whisper of the Lord, “Pay no attention to darkness, let it not take your focus, My Glory will explode brighter than ever. It’s time!”

“Arise, shine, for your light has come, and the glory of the Lord has risen upon you. For behold, darkness shall cover the earth, and thick darkness the peoples; but the Lord will arise upon you, and his glory will be seen upon you.” (Isaiah 60:1-2)

Hi, The souls, souls, souls stuck a cord. I am so comfortable speaking with others and telling them about the Lord. Yt Mark Hemans has the call of souls on his life. I have been so blessed by his messages and ministry. He also lives in. Australia. I join his zoom meetings every week so am able. Many miracles are happening now!! Blessings to all .

Thank you for this prophetic word of great encouragement and the confirmation from Jesus. Bless you!

What a great word!