You are here: Home » Prophecies » “I am raising up prophetic seers who will have eyes to see just as an eagle sees from an elevated height.”
Share this post: 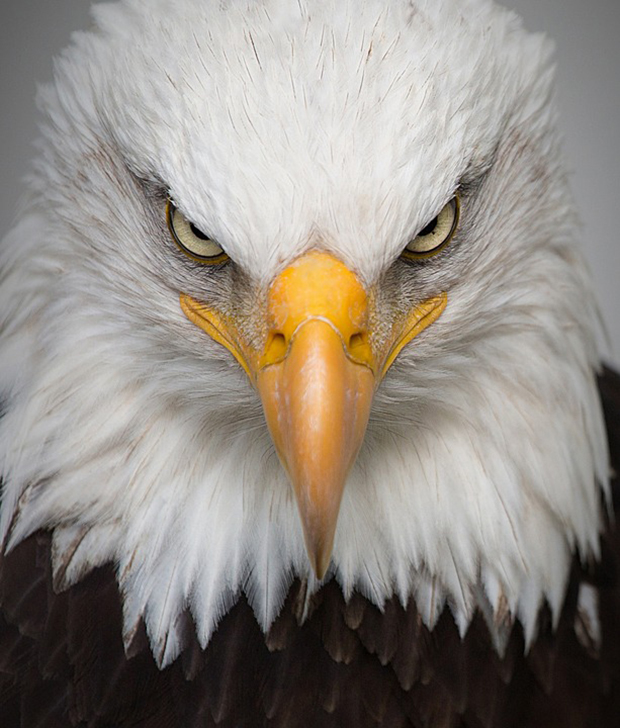 Yesterday as I was driving in my car, a tractor trailer passed by me with the word “VISION” written across the side. I noticed that it was traveling at an excessive speed. Not long before I saw this truck the Lord was telling me that He wants to increase the spiritual vision of every believer, not just prophets and prophetic seers. Jesus wants us to develop a personal relationship with Him and allow Him to set us free from anything that would hinder the flow of the Holy Spirit through us so that we could see in the Spirit and hear His voice unhindered. He wants to reveal to us things that will astound us.

When we release a prophetic word, give a word of knowledge or heal the sick, we shift the spiritual atmosphere. We are disturbing the evil spirits, powers and principalities of this world. Our words carry creative power when we speak whether it is good or evil. The Holy Spirit desires to take us to a place where we could see things beyond the natural realm. He wants to give every believer 3D (three dimension) vision.

We have been born again of the Holy Spirit not only to see in the natural realm but to see into the heavens and the kingdom of darkness. In the book of 2 Kings, the servant told the king of Israel that Elisha even knew what he was saying in his bedroom. The Lord wants to use us in such a strategic way as to share intricate details to transform lives and shift atmospheres.

He wants to give us discernment from heaven’s perspective because spiritually we are seated with Christ in heavenly places. He wants us to be so sensitive to His voice that we will be able to perceive what God is doing on this earth and minister to people. He wants us to tune in to the frequencies of heaven and discern His voice.

Eagles have extraordinary panoramic vision and can spot its prey as well as it’s adversary from about two miles away. The Holy Spirit wants to open our eyes to see in the Spirit realm with extraordinary magnification. Jesus is also raising up watchmen on the wall and seers who will have their eyes enlightened to see in a way that they have not seen before. He is giving keen insight and revelation to the intercessors.

“I am going to open the eyes of My people to see things in the natural realm from a spiritual perspective as I extend their field of vision. I am raising up prophetic seers who will have eyes to see just as an eagle sees from an elevated height. Just as an eagle sees things from a panoramic view, I will open the eyes of My people and their view will be unobstructed and they will see things in the earthly realm from a broader view.

Just as an eagle can see for miles, My people will no longer have a spiritual astigmatism as they will see with precision, as one would see with a magnified lens. Just as an eagle is one of the fastest flying birds, My seers will also soar to new heights at an accelerated speed. Just as the eagle can look directly into the sun, they shall also be able to look into My glorious light as the blindfolds are lifted.

Those who are watchman on the wall will receive keen spiritual discernment and they will no longer have a clouded view as they discern with precision and accuracy. I will give them sight to see beyond their natural sight as they stand in prayer and intercession for others. They will no longer be led by their preconceived mindsets or their natural ways of thinking. They will understand their authority to move the mountains that stand in their way.

As they learn how to walk in unison with Me, they will also understand how to tune in to My frequencies. This is a new day for the believers as I am giving them eyes to see. They will be anointed to be carriers of My word as they pierce the darkness and carry My glory to the ends of the earth,” says the Lord.

2 Kings 6:20
So it was, when they had come to Samaria, that Elisha said, “Lord, open the eyes of these men, that they may see.” And the Lord opened their eyes, and they saw; and there they were, inside Samaria!

Isaiah 21:6
For thus has the Lord said to me: “Go, set a watchman, Let him declare what he sees.”

1 Corinthians 2:14
But the natural man does not receive the things of the Spirit of God, for they are foolishness to him; nor can he know them, because they are spiritually discerned.

Revelation 3:18b
Anoint your eyes with eye salve, that you may see.

Quite a while ago, I had a dream that I was flying like an eagle. From a distance I could see something, I flew toward it to see what it was. There on the ground, I seen what looked like a praying mantis/demon/tree root … it was crawling on the ground looking at me. I flew above it, it looked at me, then I flew off into the air. I looked back and it was still looking at me, I grabbed a black cloth (which looked like it was 3′ x3′) and hung it in midair, so the demon could no longer look at me, then I continued flying. I happen to have a backpack, which had a white coat inside. In the distance, I could see a storm brewing. I then came to a tunnel, the walls of the tunnel looked like the universe, I flew down the tunnel and came across some people Worshipping God. One guy asked how I am able to fly, and I mentioned Gods name. End of dream.

Can anyone interpret this dream for me
__________________
Not too long after I had my dream, I came across this article. The tunnel I seen in my dream looked exactly like the picture here below

“This Place Will Now Be An Open Heaven”
https://z3news.com/w/place-open-heaven/

https://www.asrmartins.com/m-symbols/
One of the best dream dictionary. This is the free edition. The paid one contains much more symbols.

Blessing from Alaska recently stepped out with the Prince of Life. Brining the word to the highway intersection sterling and kenia hwy . Hard to put in word what happened , God showed of. Open heaven filled Soldotna AK with his presence. Wow

David Powell do you have a minister brother named Steven Powell also from Alaska?

David Powell, can you tell us more about what happened—what God did
It is always so encouraging to hear such wonderful things

Beautiful, perfect message. And that photo is amazing.

My uncle in Iran just called to say things are getting even worse over there. I wonder if the whole attack on Saudi Arabia was a false flag, because as evil as the regime is over there I don’t think they would be that stupid, and I think blaming them might be an excuse for the U.S. to do who knows what. So now these people who have been suffering over there under this regime are suffering even more. I read men were selling a kidney to feed their families. Persecution is going on as well. There is a Christian community over there.

My elderly uncle is not well physically or mentally, and although he was raised Christian in that country, I don’t know what happened to him but he doesn’t believe God loves him, although he has recently started attending a church there so there is a little hope. He is lost and does not know what to do or where to turn. Calls are monitored so I have to be careful in what I say to him. So I pray for him and the believers over there. If you feel led to pray, I know your prayers would be appreciated.

Our government has a long history of false flags and lying to the American people to manipulate our opinions, especially supporting their never ending wars.

With what you’ve published even recently about 9/11, it makes me wonder how many wars have been started this way.

I will pray for your Uncle, RSS. God is so great, He understands that many of us in difficult places grow weary. God’s Love touches your Uncle, it is just hard for him to see or feel it. This is okay, we all come upon hard times where the darkness just seems to overtake us. God Bless you and your family.

I appreciate that so much, LoriQ. Thank you and God bless you.

Kevin Zadai, an incredible man of GOD, who has walked with God 40 years but only recently came on the scene, said the Lord told him the year 2020 is the year of perfect vision for God’s people etc.

I actually just started a study called, “vision” at my church. It is a 3 part series and next week is the 3rd part of the series. Pretty cool!

John 14:4-5 In him was life; and the life was the light of men.And the light shineth in darkness; and the darkness comprehended it not. Rev 3:18 (partial)
I counsel you to by from me / salve to put on your eyes, so you can see.
John 5:19-20 I tell you the truth, the Son can do nothing by himself; he can do only what he (sees) his Father doing, because whatever the Father does the Son also does. For the Father loves the Son and shows him all he does. Yes to your amazement he will show him ( EVEN GREATER THINGS ) then these.
John 14:12 I tell you the truth, anyone who has faith in me will do what I have been doing. He will do ( EVEN GREATER THINGS) than these.
John 14:20 On that day you will realize that I am in my Father, and you are in me, and I am in you.
John 15:5 apart from me you can do nothing.
Philippians 4:13 I can do all things through Christ which strengthens me.
Matthew 6:33 BUT seek ye first the kingdom of God, and his righteousness; and all these things shall be added unto you.
As Enoch told us about his book, that it was for those in the end times so to I think this new sight can and will show a deeper insight into the word of God in these last days.