You are here: Home » Church » Remnant » “I am raising up those who will prophesy with precision and accuracy.” 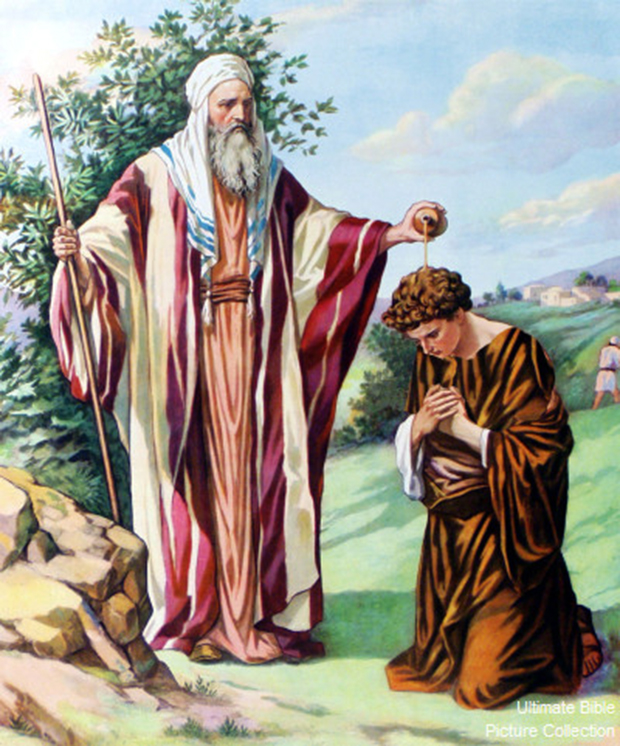 The year 2017 has been a challenging year and many of us are wondering why we had to endure such difficult trials. The warfare seemed to be relentless but there is an old saying, “What didn’t kill you will make you stronger”.

The Lord is showing me that He is raising up a prophetic remnant who are strong, courageous and determined to stand against any adversity that comes against them. Some of you are asking the Lord why He “allowed” certain things to happen this year. There was a mighty prophet of God who asked the same question.

In the book of Judges there was a man named Gideon who was fearful and weak in his own sight, but mighty in the eyes of God. The name Gideon means “Mighty warrior”. Gideon was called to deliver Israel from the Midianites, but one day Gideon was hiding as they were attacking Israel. God had sent an angel to him saying, “The Lord is with you, mighty man of valor”.

Gideon replied with a question, “If the Lord is with us, why did all these terrible things happen?

The Lord responded, “Surely I will be with you, and you shall defeat the Midianites as one man.”

After this encounter with the angel, Gideon went and rescued Israel from the enemy with an army which the Lord had reduced from thirty two thousand men, to three hundred men. The Lord also allowed Gideon to see into the enemies’ camp.

In 2018 many prophetic voices are going to emerge. They will be so fine-tuned to The Holy Spirit because they spend time with Jesus and know His word.

“Just as I did in days past, I will speak to you and lead you in unusual ways. I am raising up those who will prophesy with precision and accuracy. Their ears will be fine-tuned to hear My voice, and they will speak in harmony with My words. I will join them together with other voices as in a company of prophets.

Don’t covet the mantles of the prophets of old, because I am releasing a fresh anointing and new mantles in the days ahead. I am raising up those to begin to see beyond their natural sight and comprehend beyond their natural senses. They will be attuned to the symphonies of heaven. Those who are tuned in to My voice will no longer be led astray by the voices of strangers. They will discern false teachings and false prophets, and they will recognize the genuine from the profane. I will give them keen discernment, and they will learn how to enter into My presence with ease,” says the Lord.

There is another story in the Old Testament about a prophet (seer) named Samuel whom the Bible says as he grew, none of his words fell to the ground, meaning that every prophetic word he spoke came to pass. He heard the audible voice of the Lord as He called him at a very young age. He did not recognize the Lord’s voice at first. (1 Samuel chapter 3) But then he answered and became one of the greatest prophets in history.

In 1 Samuel Chapter 9, there is a story of a man named Saul who was also called to be a prophet (seer) with a unique gift. Saul’s father Kish lost his donkeys and sent Saul and his servant to look for them. They couldn’t find the donkeys, but the servant said, there is an honorable man in this city and all that he says surely comes to pass. The story goes on to say that as they were walking, they met up with the Prophet Samuel.

God told Samuel the day before that he was going to meet Saul and He would tell him everything that is in his heart. When they met, Samuel anointed Saul to be a prophet, and prophesied to him about becoming the king of Israel. He prophesied with such accuracy and precision, he even told Saul by word of knowledge that his father’s donkeys were already found. Samuel told Saul that when Saul would prophesy he would be turned into another man. In the same way, the Lord is raising up prophets today, releasing prophetic gifts and using them to proclaim His prophetic words to the nations.

“What you think that you may have lost will certainly be found. I have set you in a particular direction for a purpose and with a plan. Listen for My voice in times of loss and in times of need. There are times that I will meet with you when you least expect it, and speak to you in the places where you would least expect.

You will meet others along the way. Just as Samuel anointed Saul with a flask of oil, I call each one individually, and I have a unique way of bringing each one of you into your destiny. Just as I spoke through Samuel, many will become My voice to this generation. They have been marked from a young age and they will soon recognize My voice. Some have been called to be prophets to the nations. They will walk in a life of victory because they are Spirit led and not led by their own fleshly desires. They will enter into this higher dimension, and they will receive the fullness of what I have for them. I will place My word in their mouths, which will bring correction as well as direction, as they carry My word and My glory to the ends of the earth says the Lord.”

So Samuel grew, and the Lord was with him and let none of his words fall to the ground. (1 Samuel 3:19)

And he said to him, “Look now, there is in this city a man of God, and he is an honorable man; all that he says surely comes to pass. (1 Samuel 9:6a)

Samuel answered Saul and said, “I am the seer. Go up before me to the high place, for you shall eat with me today; and tomorrow I will let you go and will tell you all that is in your heart. (1 Samuel 9:19)

Then the Spirit of the Lord will rush upon you, and you will prophesy with them and be turned into another man. (1 Samuel 10:6)

Amen. This really bears witness in my Spirit. The phrase: ” they will recognize the genuine from the profane. I will give them keen discernment, and they will learn how to enter into My presence with ease,” says the Lord.” is almost a direct quote from Ezekiel 44:15,16,23.
But the priests the Levites, the sons of Zadok, that kept the charge of my sanctuary when the children of Israel went astray from me, they shall come near to me to minister unto me, and they shall stand before me to offer unto me the fat and the blood, saith the Lord GOD: and “And they shall teach my people the difference between the holy and profane, and cause them to discern between the unclean and the clean.”
The name “Zadok” means “righteous”. Before these verses God makes the distinction between the Levite priests and their functions and the Zadokite priests. The Levites bowed to the will of the people. The Zadokites remained obedient to the LORD. The Bride, Who is clothed in white, Rev 19:8, are also His Kingdom of Priests, the Zadokite//Righteous Ones, Who are preparing Themselves, Rev19:7, in His Presence, ministering to Him, for Their future Revelation as The True Body Of Christ and for His Glory!!

Thanks for these great points Doug.

Amen Doug……Zadok has always been one of my favorites along with Samuel.

Speaking of the church. Reggie Lex 12-18-17 Tonight I had a dream that in the midst of the city stood a great church. It looked to be as colosium. It was grey in color and it attracted many people. People heard their preaching from afar and they flocked to it. There were men waiting at the doorsteps to receive the people which came. As they entered, men guided them up to a set of stairs. These stairs reached to the top of the church. The People walked as Though they were zombies. I looked up and I was shown the nature of this church. I was able to see through This great church and I beheld a meat grinder so great as I have never seen before. As the people reached the top of the stairs, I seen them fall in the meat grinder one by one. They did not even have to be pushed, but yet they dropped willingly into the grinder. Then I was shown wolves that walked as men. They were all waiting at the footstep of the grinder in a perfect line. Each had a large red bowl. As people fell into the grinder, they became meat for the wolves and each had a full bowl of meat made of those who listened to their voice and fell into the grinder. I beheld there was plenty wolves and plenty men. I shouted to stop the people, but they would not hear. They only heard the voice of the church who’s voice was a man who stood up high with a white suit, preaching. I seen through all of them. Though they looked like men, and stood as men, they were hungry wolves. The voice of the one who preached was so loud that it could be… Read more »

May the true prophets come forth in the power of his spirit lifting up the person and work of Jesus.

Thank you for sharing, makes me want to read the Book of Judges this weekend.

Elaine: There are prophetic voices declaring disaster coming, while others as yourself are proclaiming good things coming. Do you see both happening at the same time??

I think the message is that giftings of the prophets will increase. Don’t think it means there will be easy times alongside that.

For years I have come to believe there are no Old Testament prophets now ( in the church age , they see thru a glass darkly ) , but when the latter rain comes as the church age ends and Yeshua turns from the church to Israel agin , true prophets will arise and ABBA GOD will display HIS Power for all to see thru them . Thanks Elaine .

Boy, that Samuel makes Elijah look like a piker…