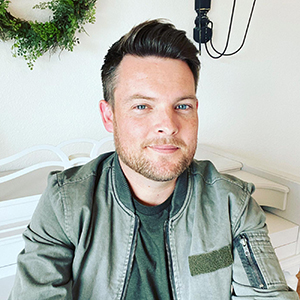 In the days to come you’ll find yourself at a crossroad if you haven’t already come to it. It’s where you will have to choose between being a pure messenger of the Lord that serves Him alone or one that lives to appease people, cater to people, and lives for their praises. You can’t have both.

You’ll have to decide whether you’ll be a voice for the Kingdom of God or the kingdom of earthly culture and standards.

You’ll have to decide whether you’ll move by the Spirit or you’ll be moved by the narrative spat out over the airwaves that day.

You’ll have to decide whether you’ll be a voice of truth or a voice of variable options people may choose because God is love.

You’ll have to decide whether you’ll prophesy from the deep well of the spirit, or whether you’ll switch to prophesying from the flesh because it’s the road of least resistance.

If this sounds polarizing to you then you may have already been having some of the progressive poison. Serving Jesus is as polarizing as it gets. Just read about the martyrs and stop listening to Hollywood Jesus.

Facebook prophets – do this for real. I know you have been in a wrestle. I can feel it.

I know you have been judged and weighed and attacked in the last 6 months.

I know the prophetic police are waiting around every corner – the self appointed watchdogs hoping to catch you up. Ignore them.

The pressure to run and hide is overwhelming but there is something greater than that which overrides it – the joy and reward of being in communion with Jesus and speaking what He says.

So right now lose the fear.

Shake off the words and judgements.

Shake off the assumptions of your character.

Choose Jesus and lay down the rest.

This is who you really are.. don’t buy into a diversion on the brink of a new day in the prophetic movement.