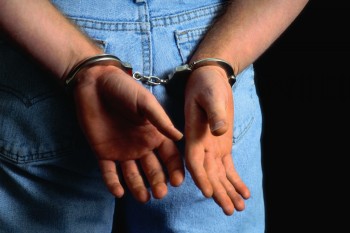 In October of 1978, I was watching a TV news broadcast when suddenly, overlaid on this TV was something like a high definition screen. I saw 3 giant frogs emerging from the Atlantic ocean in the proximity of Atlanta, Georgia. I was given to understand that these represented ruling spirits of divination. Once they came inland, I saw a level of terrorism arise throughout this country far exceeding anything we see and hear in the news. The terror was so great that men’s hearts were failing them.

Along with terrorism, I also saw a level of persecution coming where Christians would be shot on sight. The nation was placed under martial law. Christians were ordered killed if caught preaching the Gospel of Jesus Christ.

When I saw this incredible terrorism, my heart broke and I cried out for the Lord to have mercy and stay His hand but He assured me that it was necessary. He caused me to understand that He was “weeding his vineyard”.

Years later, when witnessing the attack on the twin towers in New York, the Spirit of the Lord confirmed to me that this was His warning for our country to turn and repent. Once again, my heart broke because I knew what was coming.

For years now, the Spirit of the Lord has been giving me excerpts of what is coming but one of the most promising things I saw was that in the midst of the worst persecution against Christians ever seen in our lives, God will pour out of His Spirit once again as at the first Pentecost with the difference being the level of power being released and the scale.

When He revealed this to me, He took me high above the earth in a vision. I saw many tens of thousands of tiny lights throughout the earth and when I asked Him what these were, He told me these were the remnant of believers who have been driven out of the church which has become a kind of politically correct church.

Suddenly, I zoomed into one of those little lights. I was in south Florida in a home of some believers along with about 4-5 others besides those living in this home. They no longer could worship openly and met at this home. There was no pastor or other minister left with them. While there, another person arrived saying the Holy Spirit guided him to this location and with great anointing, he began ministering to the needs of these few as the Holy Spirit showed him and then, after a short visit, he left.

Suddenly, I was zoomed back to my previous vantage point high above the earth. This time, instead of seeing stationary points of lights, I saw different colored lights moving about constantly across the globe. When I asked the Lord what these were, He explained, “These are my five-fold ministers, going about to minister to the rest of the Body of Christ to prepare them for what is coming.”

There was such a vast number of these moving lights, I wondered how could they be co-ordinated and without asking, the Spirit of the Lord showed me how the Holy Spirit was orchestrating the entire move. What seemed to me to be total chaos, suddenly seemed entirely organized but with a skill level no human organization on earth could ever achieve. I was completely astounded.

So much is happening today. I am convinced that what God showed me in Oct of 1978 is about to take place. One of the “loudest” things I am hearing from the Spirit of the Lord is for the church to wake up and trim their lamps. Many have not maintained the oil for their lamps and will not have sufficient to light their way when the time comes. However, there are others who have walked faithfully according to the leading and guiding of the Holy Spirit and are being approved as sons and daughters of God for what is about to be unleashed by His Spirit.

Today, is an exciting day for those of faith in Christ but a day of terror for those who have not continued in their faith. For these latter ones the heart of the Lord breaks and is continually driving me to pray for them and bring messages that will, hopefully, turn them back to their faith in Christ as it was intended from the beginning.

Soon after he received the Lord in 1976, Jerry Sundberg started receiving prophetic visions and warnings about the future of the United States. He shares his visions on his Hidden Manna Blog. His free ebooks are also available for download from his blog.

I have recently had the following dream (march 2016):
In the dream I was with my extended family members talking to them about repentance, when they didn’t seem to be listening to me I decided to show them the scriptures from math 24 and revelations, to explain the prophetic events unfolding in the world..But as I opened revelations instead of finding words I saw a vision..I saw people inside rooms of their homes who were dead/pale, and knew they had been persecuted/tortured and they were christians, the feeling was eerie and I thought to myself in my dream, “here’s my family living life as normal and this hidious evil is just around the corner.’

Wow. Amazing dream. May all who call on the name of Jesus, heed the warnings that the Holy Spirit has been giving.

I was born in October of 1978. 🙂 Hoping that at this late point in time (with being about mid-way through my life now) that I can somehow play a meaningful part in all that is about to take place. A part that will have meaning into eternity. I can always hope…

In 1998 The Lord gave me a dream that shook me and changed our ministry and our lives. We were young pastors ,but had see years of atrophy and deception in the mainline denominations and The Lord was leading us to an independent work. I dreamt that the nation was held under martial law and there were thousands of me out of work,in the streets. There was chaos and violence everywhere and our government did not know what to do to control them. They promised the jobs and that they would take care of them .the ones that followed were gathered together and dispatched in order to keep the peace. On the radio far m markets the announcer stated that they could not give the prices for the commodities because the government had set the price of all crops and goods. Rationing started. Our children have health needs and we were young, working hard to get ahead when The Lord spoke tome and told me to prepare for a day when I could no longer go to the store to get what i need. When we were first married and my husband was in seminary, we had the same dream on the same night. I dreamt the sky was rolling and black and the clouds monstrous. I was running from house to house begging people to get in the ark . My husband dreamt that the skies were black and it was getting ready to break loose and he was underneath a huge ark with a hammer pounding support beams on it. I know our God reigns and I know He will lead us if we listen

Josey Wales,
Those who live by the “sword” (natural weapons of any sort) will die by the sword. Jesus told Peter this when Jesus was being taken away. Everything that happens to us or anyone for that matter, cannot happen unless approval from God is given. The book of Job bears this out. If we suffer for our faith in Christ in this world, it is for the glory of God through His Son. We are not those who should walk in fear but God will bring us supernatural relief if and when He chooses. Remember, we do not live by “bread” alone but by EVERY WORD THAT PROCEEDS FROM THE MOUTH OF GOD. Look to Jesus for the only acceptable example. The Holy Spirit of God was sent to reveal those truths Jesus lived by so that we can live accordingly. At no time did Jesus ever need to “hoard food” and store up “weapons” for self protection. Only those who walk according to FEAR will do these things. Those who walk according to FAITH will not fear.

What if I told you MOST Christians are 90 % on board right now with … The One World Religion, ( that’s creeping in and will likely be announced soon by “The Pope !, ) ? The “Mantra” of Antichrists “religion” is : Don’t be racist, sexist, homophobe, Islamophobe, or nationalist. Now think quietly for a while on that. See ? Everything and everyone and every religion is “equal.” ( Exactly the same as. ) You can be equal to … like GOD !!! ( Remember THAT !!??? ) And so … if you don’t believe this you’re EVIL. You’re a RACIST SEXIST HOMOPHOBE ISLAMOPHOBE NATIONALIST. Ooohhhh you bad person. Never mind that we’re all NOT equal because He didn’t make us that. Nnoooo.

Todays “Christians,” are SO completely brainwashed by decades of Satanically produced media, that they’re already on board with everything except the “homophobe” part. All that will take is about a month of re – education in some FEMA camp, and bingo ! They’ll get a monthly stipend and even little cash rewards for snitching out other “extremist” Christians who haven’t “seen the light” yet … so they can be “talked to,” so as to avoid “hate,” and thus arrest. Yes sheeple … that’s right. No one really noticed NASCAR … “NASCAR” ( !!! ) telling the 99.999 % white southern crowd “not to bring Confederate flags” … AND cut all business ties with Trump because he, ( in a quite generic and almost pansyish way, ) told the truth about our wide open borders !!!!!! The hypnosis is SO DEEP in the psyche that even when the sheeple hear a basic concept of a plan about how to save the country they go into a sort of trance, and spew out all the MSNBC SPLC ILLUMINATI “talking points.”

No townsfolk … The NWO is not at all afraid of you. They probably even laugh themselves to sleep at night about how easily, “the greatest people in the greatest country” were to brainwash. There’s only one thing they’re afraid of and that’s PRAYER. It’s because a lot of it, done collectively, will bring JESUS down on them and THAT’S why they must get rid of you. So since you’re a bunch of pathetic milk toasts that cry “racism” if the wind blows too hard, and will not raise a pinky to stop and reverse the 3rd world invasion into YOUR inheritance YOUR country … you’re doomed !!! Prayer is your ONLY hope. So … I would suggest launching a revival like never before and having giant “prayerathons.” And I guess go and lay on a park bench afterwards and ask forgiveness for, “testing The Lord Thy God ?”

This vid has a GREAT understanding of the Glory this is coming… A must see.
https://www.youtube.com/watch?v=_XR91-QNHAg

This is an interesting vid–we all might find helpful for putting puzzle pieces together.
https://www.youtube.com/watch?v=_XR91-QNHAg

The PANSYS in church better sell their golf clubs, buy a few guns, and load up on food ammo and supplies. Re – watch both Red Dawn movies, then From Paris With Love, ( act more like Johns character in the coming persecution, ) then … High Plains Drifter, ( so you can see the future of do nothing cowards. )