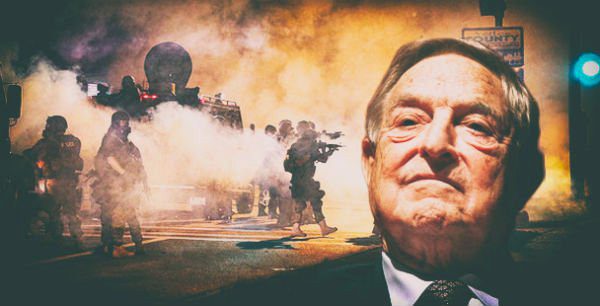 On June 27 2016, Prophet Mena Lee Grebin received a vision from God, which was shared in a previous post, Within Three to Six Months, Total Chaos Will Envelop America. Mena Lee Grebin is founder of Faithful Walk Healing Ministries.

The six months ended on December 27 2016. During that time, we saw our nation unusually divided by the election, including threats to overturn the results through recounts, electoral college votes, protests, and even death threats to the President Elect. So it was chaotic, and hopefully that was all there was to it, but it seemed to fall short of “total chaos,” whatever that means.

Another possibility is the six-month countdown did not begin the day Mena received the vision, but instead begins with the first scene from her vision, which is described as follows:

“I first found myself at a press conference. The conference contained about fifty people. We were all sitting at long tables in horizontal rows. I was located at the second seat in the last row, on the right.

I saw Donald Trump sitting among the people; he was the only person in the crowd I recognized from behind. I only saw everyone’s back from my view. In the front, I saw Obama pacing the floor. He seemed very agitated. He started saying, “They’re pushing me…they’re pushing me to cause drama!”

The man, that seemed to go by the name “Kevin,” frantically grabbed his notepad and began to write on it.”

Mena saw a man named Kevin frantically grab his notepad and write what Obama said. I believe that was an important clue to the fulfillment of the other parts of her vision. Kevin wrote down what Obama said, like a reporter would do. Whoever this man was in her vision, he was clearly planning to report every word spoken by Obama.

On January 30 2017, which was just ten days after the inauguration of President Trump, former President Obama issued his first press release in his new role as private citizen. Just as Mena saw, he dictated his message to a man named Kevin, his new spokesman, Kevin Lewis. Obama’s statement was delivered by Kevin Lewis and then reported by many news organizations, represented in her vision by the room full of reporters.

From 2014 until the end of Obama’s second term, President Obama’s spokesman was Josh Earnest, which includes the time when Mena received her vision. So what she saw was in the future. How could she have known back in June 2016 that private citizen Barack Obama would hire a spokesman named Kevin? Hmm…

Kevin Lewis began working for Barack Obama in early 2007 when he served on his presidential exploratory committee. After Obama was elected President, Mr. Lewis served as the White House Director of African American Media (Source: Ebony). Only Barack Obama would racially divide the media just like he racially divided the rest of the country, but the point is Kevin Lewis did not start his new role as Obama’s spokesman until after Obama left office, which means the first scene from Mena’s vision was fulfilled just four days ago, which means the six-month countdown probably started on January 30.

The next thing she saw also fits what happened four days ago.

“It was then that I looked on Obama’s forehead, and noticed there was writing on it. It looked as though someone had taken a black sharpie and wrote across his forehead; it said, “Chaos is Coming”.”

Former President Obama’s first official statement fit with what Mena saw written on his forehead, “Chaos is Coming”. It was designed to stir up strife and division by encouraging the American people to protest against the policies of our new President. During his two terms in the White House, Obama repeatedly tried to divide our country in every possible way, rich versus poor, blacks versus whites, homosexuals versus heterosexuals, liberals versus conservatives, Muslims versus Christians, citizens versus police officers, and on and on. So not only did she get the spokesman’s name right, but she also correctly identified Obama’s mission in his new role as President in Exile, Organizer in Chief, which is to ignite chaos in America.

Who would be pushing Obama to cause drama? My guess is the shadow government figures who Obama has worked for all along, financial elites like billionaire George Soros among others. Soros reportedly paid many of the Trump protestors to cause drama, so it makes sense he would want Obama to do likewise.

The following 3-minute video from Spanglevision shows proof of Craigslist ads offering to pay protestors $15 per hour to protest.

And more proof comes from the following 3-minute video produced by RT News, which shows how an organization funded by George Soros, Moveon.org, coordinated and funded the anti-Trump protests the week after the election.

These videos provide evidence of a sinister scheme to ignite chaos in America, which fits what Mena saw written across Obama’s forehead, “Chaos is Coming.” President Obama has been and continues to be the front man for that effort.

In the second scene of her dream, she saw the Lord Jesus with tears streaming from His left eye, weeping for the lives of unborn children aborted in our country. Then she saw fourteen angels taking their positions, standing in formation behind the Lord Jesus. He explained to her,

Why would the Lord reveal His sadness over aborted babies along with the coming judgments in the same vision as the coming chaos in America? It only makes sense if these are connected. In other words, the chaos coming to America is part of God’s judgment, which must happen to prepare the way for the twenty-one judgments (Revelation 8-11). They are not only connected, but must begin soon because He said, “Time is short.”

As the world’s largest economy and strongest military force, the United States currently enjoys the position of world leader. Every nation in the world is required to hold U.S. dollars on reserve since it is the currency used in International trade. However, the Bible reveals a much different global landscape coming before the return of the Lord, including a one-world government and one-world currency (Revelation 13). Those prophecies must be fulfilled, which means the United States must lose its’ leadership position, which means big changes are coming soon.

Next, the Lord Jesus gave Mena a specific window of time.

Jesus then looked at me and with a stern voice said, “Within three to six months, total chaos will envelop America, and a pandemic will spread across the world.”

If January 30 was the start date, then July 30 2017 would be the end of the six-month window for total chaos to envelop America. If nothing happens, then my conclusion would be the chaotic events surrounding the election was the fulfillment. If so, we can be thankful it was nothing more. However, I believe it would be wise to watch the next six months carefully because if we see trouble brewing we will know where it is going.

The Lord gave Mena understanding that the chaos coming to America would be a separate event from the pandemic that would spread across the world. She was not given a time frame for the pandemic.

I thank God for the temporary reprieve we received with the election of President Trump. That is not an endorsement of Donald Trump, just a realization that the schemes of evil people bent on our destruction were pushed back at least temporarily with the defeat of Hillary Clinton. However, time is short, so it would be a mistake to conclude all is well.

The warnings given to Mena Lee Grebin are consistent with what I saw in my own dreams, which I have documented in previous posts. I was allowed to go into the future and see our country had been through a series of great problems. I believe we are now in that window of time when those events will begin to happen.