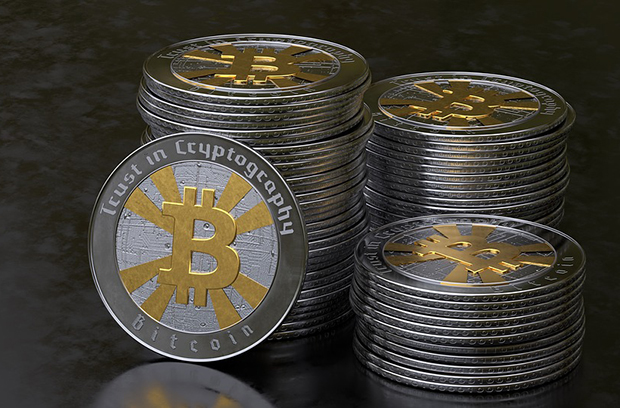 Thank you very much Christopher, it is very highly appreciated always keeping us updated. The Lord JESUS CHRIST bless you always.

Thank you for always posting and inform us accordingly what you dreamed. It’s amazing how accurate and precise God speak with you.

Thank you Christopher for your help. God Bless!

Hi Z3, I had a brief vision this morning after waking up, I saw the market was up, it seemed significant, and I saw RDD was up something like 60 percent. God bless. Christopher.

Good day everyone, We are forming a perfect bullflag on the Atcoin marketcap. https://ibb.co/BwydHys We may have one last leg down before we break out of the flag which may correspond to BTC at 42k to 45k. I have been keeping an Eye on this and it been playing out perfectly. If we break out of this flag we could be in for a pike up into mid May which would correspond to Bo Polny’s prediction also for those who follow him. This move would bring enough capital to altcoins to take ETN to 30c and RDD to 2-4c

This is very interesting. I haven’t seen a chart created for the entire Altcoin market. I hope you will keep us updated. I’m hoping another leg down plays out since I am on the sidelines at the moment on a couple of altcoins I would like to get… waiting for a good entry, but definitely want to get in before the big spike. Thanks for sharing with us!

Was just going thru some old posts….. Read the first part of this one https://z3news.com/w/happen-reddcoin-move-significantly/

I am new here and was led here by God after praying to meet a like minded body I could take to. As you receive dreams, I see things, events in the clouds. So its nice to be posting for the first time. I became an investor after a life threatening car wreck in 2019. Yesterday I withdrew my stocks early in the morning to put more into crypto and a few hours I read your post on this site that I had never been to so I take that as a sign from God. I currently own Tezos, Cardano, GRT, Storj, Skale, Nucypher, Dogecoin, Algorand, Ethereum. I’m doing research of where I shall put my extra funds. In proverbs God tells us to split up our investments and to seek the advise of others. I dont know if he means for instance 7 different cryptocurrencies that all serve a different purpose or if he means Stocks, Crypto, land, silver, etc. I became baptized in the fire last November so this is still new to me but reading the bible as much as I can to try and learn more. I also have a small collection of silver as a hedge. I am unsure of how Dogecoin will play out since Doge spelled backwards is egod. The owner of Doge is Elon Musk who I am unsure about because of his plans to supposedly put a chip in our brains. I feel it may suffer due to a man saying this coin is basically egod or perhaps God intended this to happen from a bad person originally meant as a joke and have it backfire on the establishment and transferring wealth to the poor. What are your thought on it? Sorry if this isn’t my best post, Im fitting this… Read more »

to Christopher Harris, You had previously mentioned gold is going to $35K and silver to $545 but in another dream you mentioned you used gold to barter with. Do you feel that physically having gold is how we should proceed or could we simply invest in gold like in an ETF and sell when prices increase? Currently I don’t physically hold anything and one reason is I keep thinking of Ezekiel 7:19

“”They will throw their silver into the streets, and their gold will be treated as a thing unclean. Their silver and gold will not be able to deliver them in the day of the LORD’s wrath. It will not satisfy their hunger or fill their stomachs, for it has caused them to stumble into sin.”

To me this indicates that we should only take advantage of short term prices but then use the money to make other physical preparations since gold wont have any real value during the end times.

Thank you for your input.

If you’re a true Christian, which you likely are being here, you won’t be around for the Day of the Lord’s wrath. So, get your physical Au and Ag.

Hi Doug, the wrath of the Lord occurs at a certain time during the tribulation and is spoken of at the 6th seal, but there is lots of time before that when gold and silver may be useful. Seek the Lord about it. God bless. Christopher.

Christopher,
You probably agree a sharp spike up to 30 cents or more, then back to below half a cent,, namely $0.004 doesn’t really make sense for a crrypto to behave, if it starts from a higher current level namely $0.02+.. May I ask you dear brother if it could be the case we visit 0.004 very soon, and before the huge move to $1.00+? Thus fulfilling your dreams, and the usual standard behaviour of a traded commodity?
Please don’t reply if you have no further revelation on this matter, as very soon (couple of weeks max) we will all know the answer to this question.
Thanks
Ant 🐜

Ooooooh no. Haha! That would mean I bought SUPER high and the waiting will be so much worse. I remember in Feb when Christopher saw buy prices of 1.5 cents and .004 cents. He sad he wasn’t sure if we should wait for the lows or if should buy then. If we are heading into a steady decline then we should have sold around 3.5 cents and bought again at .004. Like you said, we’ll know one way or another soon enough. And I guess if it goes that low before taking off then we are all about to own a lot more ETN than we already do ’cause it will be buy time for sure. Need to pray about this one…

Christopher,
My apologies, ( oh how easy it is of me to fall into doubt and unbelief). I re read your post above, and it is very clear what we are to expect.
“I think it’s possible we could go to $38k BTC soon, which corresponds with the 40k BTC and 1.7 cent ($0.017) ETN I saw on April 13, 2021.”.. We surely know what to expect, your prophetic dreams have told is very clearly. Blessings to Christopher a d all with ETN

Christopher,
My apologies for my doubt and unbelief. You explain very clearly above in the last sentence what we are now currently expecting to occur.
Blessings
Ant 🐜