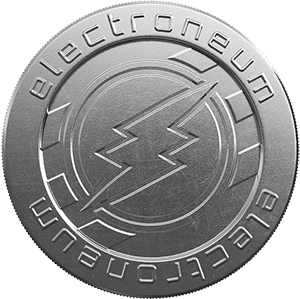 After the crash from 30 cents to $0.00513, from that range I am expecting the massive spike to $1. I hope those led may be ready. I hope the Lord guides you and strengthens you in faith. These are my interpretations of what I received. Please seek the Lord in your approach. God bless you. Christopher.

I was sharing my ETN dreams on Reddit with a woman and she told me that after seeking direction from The LORD HE led her to ETN. The confirmation came from a powerful dream her husband had. He saw ETN rising to $1.50, then $17, $62, $100, up to $150 then it came back down to $100 and stayed there for a very long time. To get to these prices I have a sneaking suspicion that a major government or several governments will adopt ETN. Since Britain is behind the curve on a crypto currency and they only have one domestically created crypto (ETN) maybe they will go with it?? Shalom

Hi Joel, thank you for posting, this reminded me of a dream i had way back in 2017-2018, when i was just starting to invest in the crypto market. I had a dream of a green $134 ETN. At the time, i was mostly trading stocks back then, so i thought it was a stock, but i have not traded stocks in a long time, so i now believe it was for ETN(Electeonium), because, i only trade cryptos now. Thanks for posting. God bless you.

Thank you Christopher, this helps me alot. I currently have ETN sell orders at 30 cents, 40 cents and 50 cents. I had a recent dream of 80 cents, so i will set some sell orders up to 80 cents. In the dream, i saw a crypto coin go up to 80 cents, and then start dropping down, but i was not shown which coin, i only have Reddcoin and Electronium at the moment, so i know it was for 1 of these coins. Thank you for posting, God bless you.

Do you believe the BTC crash to $300, then to zero, will be before or after ETN reaches 30 cents?

I stated a few days ago – “The CYCLE IS NOT OVER” when some where panicking as BTC hit 63k, and I stated then that the next low cycle “pullback” would be 17-20 April, approximately,
BTC is now on its 3rd day down ….. correcting healthily — just remember what a GREAT month for many crypto -alts, it will be (most highly likely), – once this correction has bottomed out… stay the course…

Redd is pumping now and is bouncing around 1 cent. Try not to make the mistake of selling now as warned already by a z3er’s dream.

lol……been looking at it all evening wondering if I should take some profits….

Hi Marcio- Thank you for the heads up

Hi Christopher do you sense that we could be heading to 40k BTC now and 1.7c ETN?

Hi Christopher, I placed some money in RDD apart from ETN. I bought RDD around 0.0055. It would not be good to keep it if it is going to $0.0025. Could you explain your above two sentences better? God bless. Thanks a lot for sharing all the information regularly.

Crypto Crew U on the dump: https://www.youtube.com/watch?v=NOgnauhAlaM

How can I buy Electroneum? Please Can anybody explain how?

I use Kucoin to buy ETN, and ETN is paired with BTC, ETH and USDT. I think there are also some options available on Kucoin for you to directly put money in Kucoin, but for me I have an account with Coinbase Pro, so I use Coinbase Pro to put cash in to buy something then send it to my Kucoin account to buy ETN.