You are here: Home » Trading » Equities » Prophetic dream shows change in trend coming in equities, but no crash this year.
Share this post: 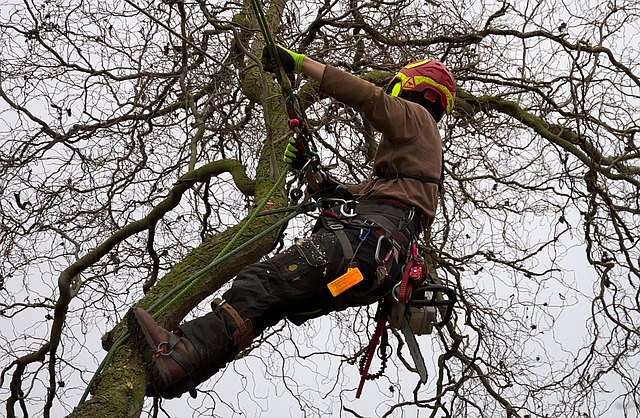 In a dream on June 19, 2021, I was in a house with members of my family. Then my son-in-law went outside to cut branches from a large tree. He climbed up high into the tree carrying an ax (not a chain saw like the guy in the photo above) and he went to work chopping. Then I went back inside and forgot about him but later I realized a lot of time had passed and he was still out there chopping away so I went to check on him and found he had made a lot of progress as most of the smaller branches were gone and only the trunk and larger branches were still in place. I noticed there were no leaves on the branches and that he was wearing a sweatshirt so the weather must have been cool but not too cold. His sweatshirt was faded red.

In the final scene, he had come down from the tree and was showing me how a piece of the wood he cut could be used as a key to unlock a door to the house. End of dream.

Since trees are a common dream symbol for the equities market, I believe this was showing future price moves in equities. Since any movements in trading dreams are often showing movements in prices, I believe climbing up the tree shows an upcoming bullish move, but that might not happen right away because climbing the tree was preceded by a brief scene in which we were gathered together inside the house.

Since trees represent equities and wood comes from trees, wood is also a common dream symbol for equities. Since he was cutting wood and cutting makes smaller pieces, it represents prices getting smaller as they drop. So after the bullish move represented by climbing up the tree, his chopping shows a change in trend as prices start dropping.

In the dream, I had briefly forgotten about him but then I realized he had been out there chopping for a long time, so I think this shows the downward trend in prices will continue for an extended time. Although the dream did not reveal any specific dates, it included some timing clues because there were no leaves on the tree and he was wearing a sweatshirt, so that sounds like late fall weather where we live, after the leaves have fallen and the weather was cool but not freezing. So, I think this is a macro view of the equities market over the remainder of this year.

Since prices are shown in red after dropping, red is a common dream symbol for drops in prices, so I think the faded red color of his sweatshirt is another confirmation of the bearish direction ahead, but since it was faded red, that sounds like prices will drop slowly during this time, fading, not crashing. This seems to be confirmed by the fact that he did not chop the tree down and didn’t even chop off any of the large branches, just the smaller ones. So it sounds like a series of small drops over an extended period of time.

So, I think this dream is showing a sequence starting with a brief delay as we were all gathered in the house, followed by a bullish move as he climbed up the tree, followed by an extended time of small bearish moves as he cut only the small branches. So it sounds like a change in trend is coming, ending the bullish move that has been underway since March 2020.

I purposely don’t share dreams that I think are showing shorter term price movements because too many important details are missing, such as the specific prices and dates, so it can cause confusion, but since this dream seems like a macro view that might include the remainder of the year, I think it’s more significant and worth sharing, assuming of course that I’m interpreting it correctly.

The other reason why I decided to share it is because my previous dreams have shown a fast steep drop is coming, so I’ve been watching for that. For example, on April 23, 2020, I had a dream in which I saw a straight drop coming as I was in a military facility suspended thousands of feet above the ocean and looking straight down at treacherous water below. Whenever I get dreams like that, it always seems like the fulfillment must be soon but I’ve noticed God gives more advance warning for bigger events and my dream today seems to confirm the fulfillment of the drop I saw last year is not likely to happen this year because the tree remained standing and the larger branches remained intact through the late fall season.

The net result of my son-in-law’s chopping set up the next scene in which he used one of the pieces of his cut wood as a key to unlock a door to the house. I think that’s showing the small downward moves will set up the next move, but the dream did not show what happens next.

I’ve had two visions about Fed chairman Jerome Powell. I’ll try to refrain from putting too much of my own interpretation into this post, other than a small piece of what God has shown me. Any help would be appreciated, as I think it pertains to some big market move influencers. First dream seen last week before he spoke.: Powell was wearing a tan polo (equities) and standing in front of a long table of computer screens. (Polo shirt points to weekend or travel and leisure, computers speak of tech sector.)

Suddenly, his tongue came out of his mouth to the left, almost like when a cow or giraffe tongue sticks out. it looked like he bit it, and he started bobbing to the right, stopping in front of each screen as he moved laterally. (Say one thing-do another? Bite your tongue? As in, say nothing and let tech fall? (Left on a chart is up, right move is down)

Second dream, yesterday I saw his face in the center of a flower, almost like the flowers in Alice in Wonderland. I thought of central banking. Like he’s in a (flower) bed with the central bankers. Maxine Waters is overseer of the Congressional Financial committee. . . The flower was low to the ground.

My take on the whole thing is he is being manipulated as much as he manipulates with his words or lack thereof. The theme song from Alice in wonderland’s flower scene sings “we can learn a lot of things from the flowers.” I had another vision of low growing inpatience flowers which grow in the shade and their pollen was blowing everywhere. I knew it meant buy DUST, a 2x leveraged metal short ETF. Sure enough, after the dream, gold dumped hard. Therefore, I know these dreams are from the LORD, are a series, and mean something important. I feel like it’s been a dehumanizing experience for Powell to be so controlled, as he looked like an animal and a flower. I also feel like whoever is pulling his strings and watering the flowers (Maxine Waters?) will prevail through summer, and is growing impatient. But when the flowers are done in fall, the impatience will end when they are pulled out of the ground. (Gold goes way up again? Maxine Waters is exposed?) We can learn a lot of things from the flowers. I’ve noticed the inflation on the price of flowers at places like Home Depot is drastic . It seems like a lot less people have spruced up their gardens this year, and all of the plants will go to waste. However, I’m certain Maxine has lovely plantings at her 6 million dollar mansion. How DO you finance that on a salary that is less than $200,000 annually? It’s easy when your husband is in real estate in California and you control the switch on the central banks. Sorry, Maxine, I can’t bite my tongue, I’m growing impatient with you too. Don’t make Jerome your scapegoat or your mouthpiece. He is only human after all.. 🌷🌹🌺🌸🌼🌻💐🌷🌹🌺🌸🌼🌻🌷🌹🌺🌸🌼🌻🌷🌹🌺

Great dream, James. I think it confirms what I saw. I just had a vision yesterday of a big German Shepherd facing right sitting upright on a platform overlooking a big drop, which felt like a macro perspective, and resembled the silhouette of the SPX chart at present, with straight front legs to the right and bent hind legs on the left. It made me think he was planted on the floor short term, so possibly up, but then the drop below looked very far dơwn. A friend who has trading dreams saw a bear in real life that was at the water’s edge, it faced right, and lumbered along, slowly walking away. as God was telling him the bear was leaving for now, but facing East.,or down, as it was going to be a slow bear market.🐻. BTW, welcome back and hope your trip was awesome. I don’t know when the grandson is arriving, but praying all is well with mother and child or child-to-be. Happy Fathers Day to all dads today. God bless.

Thanks Carolanne. My grandson, Judah James Kingsley Bussey, was born on May 29 at exactly 8:00 pm Uganda time. The delivery went very well. The baby and mommy are both doing great, but more sleep would be nice.

What a wonderful regal name! Congratulations!! . I love the 4 names. I’ll pray Avery gets some rest, Hope you do a post or podcast on your Ugandan experience. I’m sure it was quite the experience.

Hi James, I have no idea of interpreting this dream but one thing I know for sure is that
I strongly believe crash is coming this year very soon for the equities.

Why do you think that?

The prophets I trust and follow are saying the crash is coming this year. And I believe I got confirmations on this from the Lord.

Thanks for clarifying. You could surely be right. My interpretation was based on the fact that the tree remained intact with only the small branches cleared out but we’ll find out soon enough. If I get more clarity on this I will post it.

Hoyoung, which prophets are saying this and can you give youtube etc links? TY!