You are here: Home » Trading » Equities » Prophetic dream shows another big drop and recovery prior to crash in equities
Share this post: 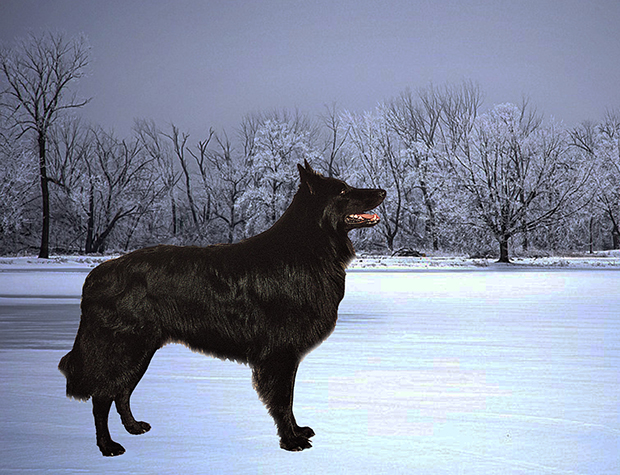 In a dream, I was with Kathryn Anderson (one of my favorite IHOP musicians) and we were upstairs in what seemed like a large attic room where there were some large tables with computers and electronic devices on them and other people were working on different things in other parts of the attic. She had a great computer and I picked it up and put it in a large box that had a large photo of her on the outside. I then carried the box downstairs to a front lobby entrance area where there was a large wooden table that already had other boxes under it. I put her box with the others and left. The idea was that people entering the lobby would see her photo and would want to take her box.

Then the scene changed and I was back up in the attic with Kathryn. I explained to her that we had other computers so she could pick a new one. Lots of different ones were already set up on a large table so I was pointing them out to her and suggesting one that she might like because it was much smaller than her old one, but just as capable. She was just about to pick one when the scene changed again and I was standing in another part of the attic next to an open bay door and looking outside. It was a dark night and I was looking almost straight down at the ground below which was covered with snow. I knew there had previously been a stairway there going down to the ground but it had been removed and replaced with a wooden ladder that looked very dangerous because it was very steep and only had one supporting leg instead of two and each step was covered with snow.

Down on the ground near the bottom of the ladder, I saw my daughter’s big black dog walking around in the snow and he was looking up at us like he wanted to come up but the ladder was way too difficult for him to climb. EOD.

Since wood represents equities and I saw a brown wooden table in the lobby and later saw a wooden ladder, I think those were clues showing this is about equities. Since it begins up in an attic, SPX will be in a high place, which could be showing the current market since it is already very high, but another possibility is the attic shows the fulfillment starts after SPX returns back up to the top following last week’s drop.

Since women represent sellers, I think picking up Kathryn’s computer with a large photo of her on it and carrying it downstairs to the lobby represents picking up a short position. Putting it under the table and leaving it there where other people would find it likely represents exiting the position after the price drops below a support level. So I think that shows this upcoming short trade will not stay below the support level for very long.

The 50-day MA has provided strong support all year but the most recent drop that bottomed on October 4 briefly dropped below the 100-day MA. Since I saw other boxes had already been placed under the table, I think that shows others had already tested this support level, which might represent the 100-day. The next major support level would be the 200-day MA, but I think dropping to the 100-day is more likely because the dream showed I went right back up to the attic again and it seems unlikely that the market would recover so quickly if it dropped to the 200-day because it would be such a big drop.

After returning back up to the attic, I showed Kathryn lots of choices for her new computer, so I think her being able replace her computer and pick whatever she wanted shows the bears will have another opportunity be in charge of the market for another drop, which I think was illustrated by the final scene with me standing at the large bay door and looking almost straight down to the ground below, showing that drop will be very steep.

I think the old stairway that was now gone represents the safety with which the market climbed up to this level was now gone and replaced with a very scary looking view, almost straight down to the ground far below. The night setting and shaky ladder added to the fear so I think that was showing there will be a lot of fear in the market during that drop.

Since dogs are bearish symbols and my daughter’s dog is very big and completely black, I think he represents the black week waiting at the bottom of the drop, which is a market symbol for panic selling at the end of a crash when the market goes into a free-fall. I think that was confirmed by his being unable to climb up, even though he wanted to, showing the market will be unable to bounce back anytime soon.

I think this dream confirms my July 18 frog dream in which I saw a large frog make several hops to my left prior to a final hop in which he dropped straight down into a deep crater and did not return back up. Hopping to my left indicated new highs were reached after each hop. I was unable to count the exact number of hops but felt sure there were at least three. So far, there have been three with higher tops after each one. The daily SPX chart shows the first hop started from the July 19 bottom and topped on August 16. Then there was another significant bottom on August 19 that reached a new higher top on September 2. Then there was another significant bottom on October 4, followed by another higher top on November 5. So I think today’s dream shows we are getting close to the end of the hops with another significant drop ahead followed by another return to a final top. Then comes a severe crash.

Since every detail in prophetic dreams has meaning, the snow on the ground might be a clue regarding the timing, showing the winter season, but since snow is also a common dream symbol for short silver, perhaps it means we should watch for dropping silver prices as a sign marking the crash in equities.

Although I’ve done my best to interpret this dream, there are lots of missing pieces such as prices and timing. I could be way off the mark so this is not a recommendation for investing. I’m only sharing it so you can add your own insights to hopefully get a clearer picture.

I believe God will give more insights to anyone who asks Him in faith expecting to receive an answer, as long as we meet the requirements Jesus identified when He said, “If you abide in Me, and My words abide in you, you will ask what you desire, and it shall be done for you.” (John 15:7 NKJV)