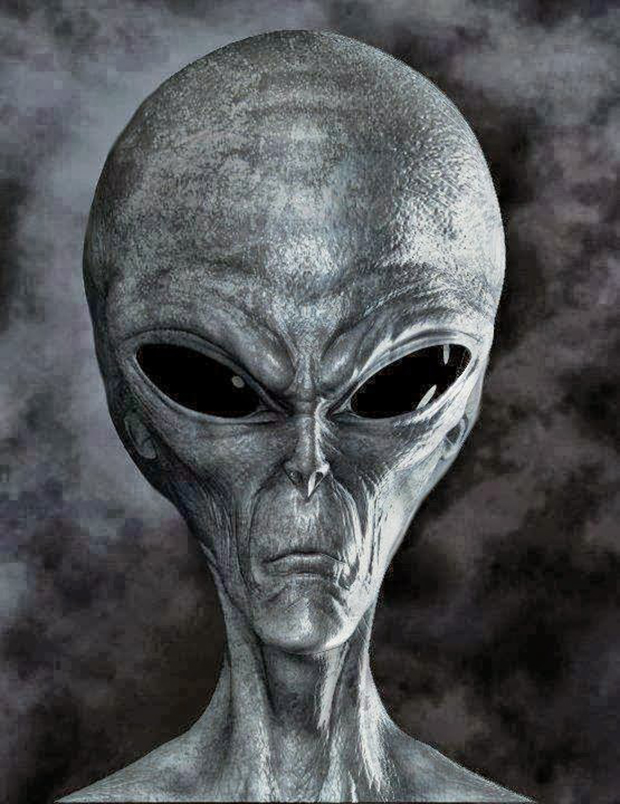 In a dream on May 30, 2021, I was in some woods on the edge of an open field and a young teenage boy was with me. We were both wearing U.S. Army beige camouflage uniforms that were used from 2005-2019. We then saw a large alien space craft about 200 feet away coming down from the sky and hover over the tops of the trees.

It was a flying saucer disc space craft with a small round window capsule for the cockpit on the middle of the top of the craft. Through the window, I saw the driver of the craft was an alien with a round head, grey face, and large black eyes.

When the space craft finally descended to the top of the trees, a light shot from it and surrounded the entire area in dark blue electricity that looked like lightning bolts. The boy and I were not affected. The power was initially near the craft and in the sky, but then it faded away. I stayed with the boy and told him to get down low, so we laid down on our stomachs. We had some cardboard to put up to shield ourselves from being seen so he was messing with the cardboard pieces. I told him to stop messing with them so he did. I think he had ADD or some disorder like it.

We had knives on a nylon black carry case to use against our enemies, including a triangle flat blade in the middle, two small knives on the side, and two hidden blades that were supposed to be attached to wrists. He looked at them but I told him to not play with them now.

Then I looked for the UFO and found that it was gone but I saw a new large rectangular vehicle that is 20 feet tall in the woods. It had established a base for the enemy and I knew the UFO brought the vehicle there. Then I saw men coming out of this vehicle so I told the boy to keep staying low but they got closer to us and I knew we needed to run so I grabbed my green plastic pencil box and we started running. The boy didn’t bring anything so I asked if he wanted to bring something and he said no. We started running into the woods with the men following us. I realized that I needed to be careful with how I run so I ran in correct running form on my toes. I was careful where I was running and made sure to avoid falling into a small hole.

We kept running and ended up near the rectangular vehicle’s unloading door so we decided to go in and kill the enemies inside. We both had m4 rifles and started shooting them, but the rounds were not actually real and they seemed fake like an air compressor gun popping. My electronic rifle sight was not working so I didn’t hit the shots well. The enemies and I were shooting each other but weren’t hurting each other since the bullets didn’t work.

For a while, I lost sight of the boy and he was nowhere to be seen. I continued fighting and eventually found the boy again. I realized that there were too many men to fight. We left this place and ran away. I realized that it was not worth it to pick fights or try to kill people. In this environment, we just needed to survive and defend ourselves. End of dream.