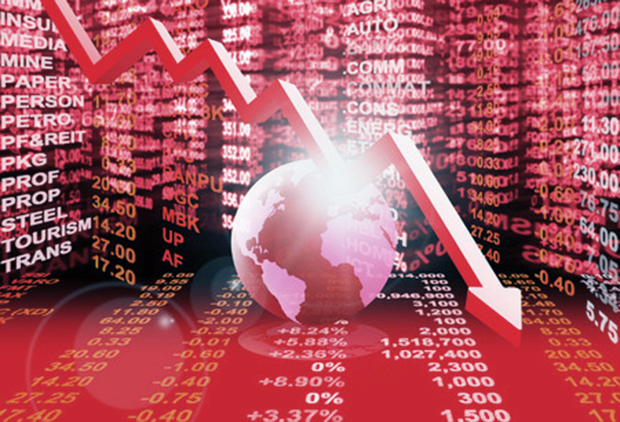 In a dream today, I saw the word gibbor, which I recognized from my Bible studies as a Hebrew word. My attention was focused on the two b’s as I was thinking it was misspelled because I thought it was supposed to only have only one, but after awaking and checking into it, I discovered what I saw was correct, two b’s.

As I was looking at it in the dream, the two b’s suddenly changed into numbers, 66, so it became gi66or.

Then the scene changed and I saw an aerial view of an old European style town including all the rural land surrounding it. It was very colorful and beautiful. I saw it in detail, including people walking around enjoying a peaceful sunny day. It reminded me of those video games where you build your own city. Suddenly, a huge wave of water arose on the horizon in the distance and rushed towards the town. The people had no time to seek safety before the wave crashed down on them and destroyed everything and everyone.

Then the scene changed and I saw a close up view of a young blond haired boy who appeared to be in his early teenage years. He was wearing fancy blue clothes that appeared to be made of expensive velvet material. I knew he was from some kind of royal family and that he had a snobbish, haughty attitude, looking down on everyone else and thinking he was something great. He was outside inviting some of his friends to come with him as he was going inside his large expensive residence to go swimming in his indoor pool. No one was accepting his invitation so he started walking down a little hill going towards his house while still calling for them to come, but they did not come. Suddenly, his whole house started collapsing down and falling into his indoor swimming pool. He also went down with it and fell into it. He had a look of terror on his face with his whole face turning red as he realized what was happening and that there was no way of escape. It was sad and disturbing to see such great destruction suddenly take him from a very high place to a very low place.

Then the scene changed and I saw another aerial view that was very similar to the first one, like an old European style town and all the land surrounding it. Again I saw all the colorful details with people walking around enjoying the peaceful sunny day. Then suddenly on the distant horizon, I saw the ground breaking apart and splitting open, causing everything to fall into it. It looked like there was something under the surface of the ground coming directly towards the town, like a giant mole moving very fast, leaving no time for anyone to escape. Again I saw the people terrified as they realized what was happening. The whole town and land was broken to pieces and fell into the black openings in the earth. It was sad and terrible to see such great destruction. End of dream.

Strong’s Concordance defines gibbor as “strong, mighty, strong man, brave man, mighty man.” In this dream, I think it was showing the current condition of the global economy. Although it’s not as strong as it once was, it’s very strong compared to what it will be after these events come. It could also represent the heart of the unrighteous, filled with pride, trusting in their own strength and might, which is built upon the shaky foundation of finances.

Since the town resembled old Europe, I think this applies to the global economy, not limited to the United States, with trouble starting in Europe. Since the 2008 financial crisis, the financial health of almost every industrialized nation has severely declined as sovereign debt levels have soared higher each year with no end in sight. To avoid a total meltdown of the financial system, central banks have pumped trillions of dollars into financial institutions and sovereign governments, temporarily propping them up and creating the illusion that all is well. For the most part, life for the average citizen has continued as it was before, causing many to assume the future will look a lot like the past with strong economies and nothing but blue sky ahead, like the gibbor I saw.

The sudden appearance of the 66 in the center of gibbor was like the people walking around in the center of the town, enjoying a nice peaceful sunny day, totally unaware of the disaster coming upon them as the 66 was about to strike right at the center of the word, gibbor, changing their towns and their lives to something else, no longer strong or mighty.

The huge wave of water crashing down on the town represents financial losses, the same way financial losses are often described as being under water. The destruction was made worse because the people were caught by surprise, so they were unprepared, and it happened so fast, by the time they saw what was happening, it was too late to escape.

The next scene confirmed the financial destruction with more references to getting wet and going under water, as illustrated by the young boy inviting his friends to join him in his indoor swimming pool when he suddenly fell into a huge pit as his entire home crashed down into his pool. Everything fell apart and crashed into the water. His face turning red as he fell down into his collapsing house was another reference to financial losses, which are often referred to as going into the red.

His haughty attitude at the start of the scene was another reference to the deception of gibbor. He was unable to see the sudden destruction coming upon him due to his deception, thinking he was strong and mighty. Whereas the previous scene showed financial destruction of the whole town, representing the impact on average citizens, this scene showed destruction is even coming upon many wealthy people who have been deceived by their riches with a false sense of security, causing them to fail to prepare for what’s coming. It reminds me of a word God spoke to me in another dream recently, saying, “Money is like poison because it’s so deceptive.”

The Bible associates 66 with King Nebuchadnezzar of Babylon. He was used by God as a type of the antichrist when he built an image of himself, a gold statue, and required everyone in his kingdom to bow down and worship it. The height of his statue was exactly 66 cubits. (Daniel 3:1) In the same way, the second beast, who is called the false prophet, will oversee the construction of an image of the beast and will perform great signs, giving breath to the image, enabling it to both speak and to cause anyone who refuses to worship it to be killed. So, Nebuchadnezzar’s statue was a preview of the greater trouble coming in the future. In the same way, I believe the 66 appearing in the middle of gibbor represents not only sudden financial destruction, but also points to a greater destruction coming in the days ahead, referring to the number of the beast, which is 666, which is also the number of a man, the man of sin, whom the Bible warns will be granted a short time of 42 months in which he is given dominion over the whole earth. (Revelation 13:5, 13:18) So, instead of going directly from gibbor to 666, we’re going to first go through an interim period, represented by 66, fulfilling many prophecies of a time of trouble preceding the great tribulation. Jesus described this interim period as “the beginning of sorrows”. (Matthew 24:8) He added, “but the end will not come immediately.” (Luke 21:9)

The greater destruction coming afterwards was confirmed by the final scene, showing everything crumbling and falling to the ground as the earthquake quickly tore through the center of the town. This could be a more severe financial shaking or perhaps other kinds of destructive events, such as war, famine, plagues, or natural disasters.

There was no timing revealed in this dream, so I can only speculate about the possibility that the 66 might also represent a period of time, either 66 days, weeks, or months. I don’t think it is years since adding 66 years to 2019 would be 2085 and I believe the Lord will return before then.

Since the 66 reveals a financial shaking ahead, it might represent a 66-day period coming soon in which financial markets drop from a very high place, gibbor, to a very low place. Historically, market crashes don’t happen in a day or even a week, but drop over a period of a couple of months with an acceleration in the drop coming at the end, so the whole process could possibly take 66 days.

Even before receiving this dream, I was already expecting to see something like that happening soon, so this is the interpretation I consider most likely. As shared in my previous post on Aug 14, I believe God directed me to study the 1929 stock market crash. Since then, I believe He confirmed to me the crash coming soon will resemble it.

Another possible timing interpretation is 66 trading days, which is interesting because two market analysts I follow are both expecting a new all-time high in equity markets this coming Friday, Sep 27, which would be a great demonstration of gibbor, perhaps setting the stage for the arrival of the 66. Starting that same day leaves exactly 66 trading days remaining this year (markets are closed on Nov 28 and Dec 25). Since the 66 occurred in the middle of gibbor rather than the end, it might indicate the markets will recover afterwards, even returning to new all-time highs. Another thing interesting about that scenario is the next trading day, Monday Sep 30, is Rosh Hashanah, the Jewish New Year holiday, which has marked the start of previous market crashes.

Although the Bible associates 66 with King Nebuchadnezzar of Babylon and the divine judgment he represents, it also associates it with divine protection during severe trouble, as shown by God’s provision for Jacob, the son of Isaac, and his family during the severe famine upon their land. God had already gone before them and sent Joseph to Egypt to make provision for them, so the lives of everyone in Jacob’s family were spared as they moved to Egypt, a total of 66 people. (Genesis 46:26)

I believe the same event that brings judgment upon the unrighteous is bringing God’s provision and protection for a righteous remnant, which includes all those who have satisfied God’s requirements by receiving Him as Lord and obeying His commandments, just as Jesus said, “You are My friends if you do whatever I command you.” (John 15:14 NKJV) Despite all the trouble coming upon the world, the righteous always prevail over it by soaring to a higher place where God prepares a table before us in the presence of our enemies. (Psalm 23:5)