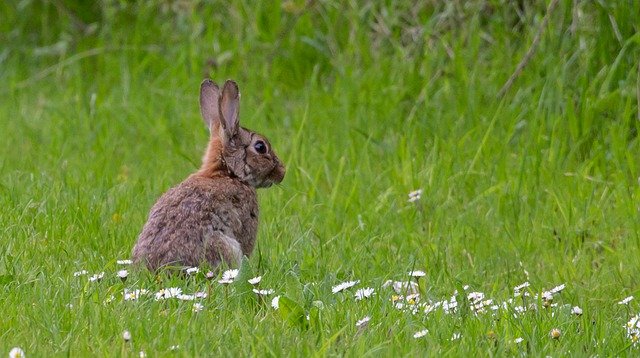 On June 30th, 2021, I had a dream that I was talking to some people who informed me that my entire extended family was going to be questioned. The questioning was done by individuals working for the United States government.  I knew these government officials will be allowed to enter my family’s homes against their wills, search their property and use fire to find hidden information. One of the persons speaking with me warned animals, such as rabbits in the yard, could be killed by the fires.

The scene changed and I saw a bald man in someone’s backyard at night. He was standing near a small patch of grass that was about a foot tall. I knew there was a rabbit hiding in the patch of grass. Then the grass next to the man suddenly caught on fire and turned into black ashes, killing the rabbit.

The scene changed again and I was sitting in the front passenger seat of a medium sized car. Someone I did not know was driving. I talked with them about how I could receive the COVID-19 vaccine to make my situation with the government questioning my family easier, but then I contradicted my statement and said I would run away to avoid the vaccine and stay hidden no matter how long it took to escape it. My mom was in the back seat and she agreed. Then I said that even though I took vaccines in the past, I would not take the COVID-19 vaccine.

I looked out of the car window and saw that we were driving on a road in a valley surrounded by large hills. I then talked about how I wanted a cat. I saw a mailbox on the right side of the road with a cat sitting inside the mailbox and looking at me. My mom replied telling me I won’t be able to have a cat and I said okay.

This dream reveals a foreshadowing of the U.S. government violating the Fourth Amendment right of the U.S. Constitution which gives United States citizens protection from unreasonable searches and seizures by law enforcement officers. This violation is shown in my dream by the government officials being allowed to enter my family’s homes without any court documentation or warrants. The fact that the U.S. government could use fire to reveal hidden information in my family shows that they are wielding a means of destruction to receive the information that they want.

Since both scenes warned about small animals like rabbits getting killed, I think that shows there will be collateral damage caused by these unconstitutional search and seizures, harming innocent people who aren’t even part of the targeted family.

Since rabbits are at the bottom of the food chain and are hunted by many predators, I think the rabbit hiding in the patch of tall grass shows what life will be like for those who refuse the shots as their power is now being greatly diminished due to their 4th Amendment rights being violated, forcing them to hide from the surveillance of the U.S. government like helpless animals of prey. The fire burning the grass and killing the rabbit shows the malevolent ruthlessness behind our government that will stop at nothing to pursue anyone who has not received the shots, destroying not only our rights but also our lives.

My statements in the car about possibly receiving the shots shows the government’s tactic of targeting and harming family members will significantly increase pressure on anyone refusing the shots, causing even those who understand the harmful effects to consider getting jabbed anyway. My other statement about escaping and staying away for however long it takes shows the price that must be paid by those who refuse as these things will continue for a long time.

In my previous dream that revealed mass murder from the COVID-19 vaccine, my Christian mother gave into the pressure to receive the shots and was forcing me to receive it, but in this dream, she supported my decision to avoid taking it, so I think that’s showing an encouraging development and a positive shift in Christian authority as more of our leaders are becoming aware of the dangers and the importance of standing against it. We must continue to pray for leaders in authority within the Body of Christ to understand the truth about the evil of the vaccine.

Since I was driving in a valley surrounded by large hills, I think this shows anyone seeking to escape the shots will be required to follow a path through a low place, referring to the immense backlash coming against them, like what I saw in my previous dream with my mother giving into vaccination pressure. Many unvaccinated people have already lost their jobs due to following this path.

Cats are two-faced animals that can be very friendly, but at other times are mean and will bite their owners.  Due to the evil side of a cat, they cannot be trusted. When I talk about wanting a cat, it means that I have a desire to have a comfortable life with the lack of government oppression that the COVID-19 vaccinated receive. The cat is the vaccine since it seems like a comfortable decision to receive it, but in the end it is untrustworthy due to causing injuries and death.

Since the cat has been sent to the house’s mailbox, it resides there, and it is synonymous with the expectation that the cat will be taken out of the mailbox and into the house. The decision to receive the cat out of the mailbox is up to the individual. In the same way, the COVID-19 is being greatly pushed to be taken, but it is our decision to receive it or deny it. Since my mother says that I won’t be able to have the cat, it shows that I may not have an easy life escaping vaccination, but I also will not be exposed to the vaccine’s devastating effects.

The warnings in this dream confirm what I saw in my previous dreams and visions and many other warnings from top scientists and medical professionals regarding the vaccine’s harmful effects based on extensive scientific evidence as presented in Z3’s vaccine category.

Rabbits also symbolize fertility, so them being killed, means it is preventing pregnancy or causing miscarriages, the depopulation agenda.

ITS kinda of amazing to me the men would rather be sent to hell then stand up,LIKE OUR LORD COMMANDED THEM TO DO,.I guess they think hes kidding,A WARNING TO THE MEN OF AMERICA..OUR LORD AIN’T KIDDING,your hero’s are all devils,you better stand up,OR you’ll be cursing the day you were born…..forever…