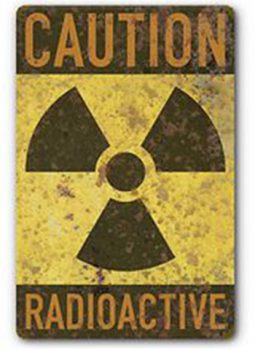 A couple months ago, I had a dream where I was in an office setting which was located below street level. I believe I was seeing events through the eyes of a young person because I am retired now.

I went to an older man in a white, long-sleeved dress shirt, and told him I wanted to go upstairs and outside. I’m assuming it was for a short break.

The older man told me “NO, you can’t go outside because it is contaminated out there”.

I got the distinct impression the contamination was due to a nuclear detonation of some sort. I then asked him: “Do we know who did it, was it North Korea or China?”

He replied back to me: “No, not yet, THEY are still trying to figure that out”. END OF DREAM.

I remember distinctly, I did not ask if it was Russia, but made the assumption it was either North Korea or China. I believe this was a warning to me to get prepared. The Lord normally sends me warning dreams before a major event to prepare me to handle situations better.

From Glynda Lomax to Mena to many others……..there’s been a multi-year warning that seems to be getting very much closer………which they’ve all indicated that something big is going to happen…….and once it does…….we will never go back to our wonderful comfortable way of life……..(according to the flesh)…..and that America is and will be judged and hardships will abound……….and yet……so many have prophesied recently about a temporal gain in wealth/restoration-healing etc. This year in particular 2017…….is shaping up to be a grand mix of light and dark, oil and water, bitter and sweet………Draw near unto God and forsaking sin-and personal repentance is the only constant.

I believe the wealth transfer happens during the shakings, which has happened throughout history for those who know how to position themselves ahead of time.

i had a dream last year where I was walking thru the mall I saw a man carrying what I thought was a cute little bear in a cage so I went over to look. As soon as I got close the bear sprayed something in my face. I ran to the bathroom to wash off I woke up just knowing it was some kind of chemical poison. The bear symbolized to me Russian attack

I just finished printing out and reading the ‘The Staff and the Sword Ministry’ (Chuck Youngbrandt) visions of 1973, he has an interesting section on 12 year Judgment cycles, and lays out parallels of these years starting in 1977. One thing that he mentioned in one of the prophecies that was given was a nuclear exchange between Russia and the US. Before that happens he says a great storm will hit the gulf between Florida and Texas. Then this event will happen in a December. He doesn’t say what year, but the interesting thing with the parallels is that it coincides with the year 2005, when Katrina hit. He says this storm is suppose to hit in the month of September too.Which if I remember Katrina hit late August/early September. According to his chart we are in the fourth and last cycle. He also has a very detailed prophecy about a major earthquake that is suppose to hit the Chicago area at some point. He was given a prophecy about the timing of this event of the number ’17’, and by his calculations believed it would occur in 2010 which it didn’t, so it makes you wonder if it could mean the year 2017. The whole thing is worth reading and it may be something to watch for this fall if the sequence of events is correct. http://www.theswordandthestaffministry.com , The Earthquake vision, The Famine Message of 1974, and The Timing of Judgment and The Church Decision.

Nancy in Chucks latest newsletter he said he believes we have entered that final Judgement cycle , if he is correct things should start to get interesting about July when the Dollar drops in value . If that happens we are in it !

I really thought the way the dates line up was interesting. 1993, we had a major snowstorm here in March, 2 feet. 2005 was Katrina, and now in 2017 it will surely be interesting to see what unfolds. I felt really prompted to look up his prophecies by the Holy Spirit, so there must be truth in them for sure!

I am very aware and have read the Chuck Youngbrandt prophecies and he talks about the Accidental Nuclear attack happening on December 14 of a certain year.

I had the name wrong, it’s The Staff and the Sword Ministry.

Thanks for sharing Carrie. I had an unusual dream this morning. I dreamed I was overlooking a large right of way in the country that went from east to west. It was like an extra large utility right of way about as wide as an interstate but there was no sign of a utility. Ukrainian soldiers were fighting a war, apparently to keep the right of way and they had dug in facing west but they were fighting a loosing battle taking fire and being slaughtered front and back, mostly from the back. Other Ukrainian reinforcements were sent from the east to join the soldiers but they were being mowed down and few made it to their dug in comrades. Then I felt I had no choice but to expose myself and run along the right of way in the same direction from east to west, to flee the enemy fire so I ran down the hill towards where the soldiers had dug in. I ran along the north side of the ROW expecting to be mowed down at any time myself but I was not. As I ran the ROW became much more narrow and seemed to turn north and then east eventually becoming a path. Where the ROW started to narrow I met another man who was also fleeing to find cover and I lead him on not knowing if he was an enemy. Then, about where the ROW turn north we met another man also fleeing and then another. When we met the fourth man he said something about a Russian submarine being close by. About this time we came to a coastal port, Norfolk VA, and we approached a war ship anchored there, a foreign vessel and were about to take our chances by surrendering ourselves… Read more »

Very powerful dream. Definitely don’t discount it. It could be a warning. If this scenario ever plays itself out in real time, I don’t think I would surrender myself. 🙂 It always makes me think of that movie Red Dawn.

I have had so many dreams about the future in time past, in the last week it seems as if time folded in on itself because so many things, even very small things, were occurring as seen during the period of past slumber. The only thing I could explain is that time is speeding up and major events will be occurring faster than ever before. Mena Lee mentioned judgement in 3 phases, this gave me pause to consider that this mega spring blizzard occurring in the north might be part of that. A generalized feeling of nervousness has settled over me in the last two weeks, especially with the war games taking place in S.Korea.

I can`t find it in the search but the past year I posted a dream I had about the United States suffer a huge explosion, I’ m not sure but from as I understand it comes from Russia

Dave Hodges reports that many of Hillary’s campaign staff were Russian agents:http://www.thecommonsenseshow.com/2017/03/14/hillarys-campaign-people-are-russian-intelligence-agents-irrefutable-proof/

https://www.youtube.com/watch?v=NVLr065GATQ
What has Prompted Massive Troop Movement in the US?