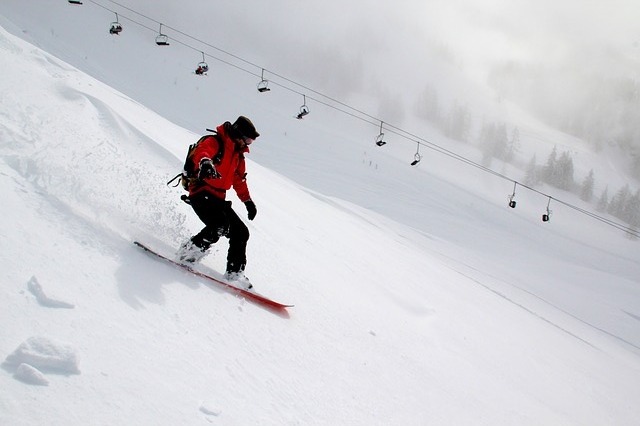 On April 24, 2022, I dreamt I was skiing at night with overhead lights on the ski slopes. There were four different slopes to choose from. The first was a beginner slope. The second and third slopes opened up into one larger slope. At the top of that slope were young men trying to capture a young bull using a large plastic ziplock bag. Every time they almost captured him, the bull escaped and got out!

I noticed this larger slope was icy and at the bottom it led to an indoor warehouse/ski slope. Then I saw the inside of this indoor slope and noticed there was one exit door at the bottom. I grew impatient with the process and left to find the fourth line. I found it and saw that it was small and dark and overgrown with vines and trees and greenery. I thought this was strange but continued on.

As I went, I noticed a jolly Caucasian woman following me who was delighted to find this fourth line with me. As I moved forward, I noticed in front of me was a black conveyor belt as you would see in a supermarket and on it were two red fish and a portion of green spinach. I was waiting to pay for my food in line when the man at the register handed me an overflowing plate of greens and avocado and other healthy foods and he smiled and said to me, “I prepared this for you”.

I was quite pleased and also amazed. There was no charge.

Prepare for the baby bull.
Run; he can’t be contained.
However it is a slippery slope,
And it leads down to the bottom
Of the slope with only one exit out.
Choose the narrow path; seek Him in His garden.
The Lord has a Plate prepared
Just for you overflowing with good things!
Don’t worry about what you are to eat
Or what you are to wear!
The Lord will provide for all of your needs
And even more than you would choose
For yourself!

James Bailey also shared the following insights to help interpret what I saw:

“I believe the dream reveals future events in financial markets. The dark night setting shows the weakness of the markets which is being hidden from view by artificial lighting. The four slopes represent four big drops with increasing severity starting with the small beginner slope. The bull at the top of the second and third slopes shows these drops will be preceded by bullish moves to high levels. The young men were unable to contain the bull because he’s being fed with an endless supply of money created out of thin air by the Federal Reserve Bank. The fourth slope was small and dark and overgrown with vines and trees because the financial system was no longer able to support it. The food provided there and the man at the register providing it reveals our source of provision has been God all along, not the financial system.”