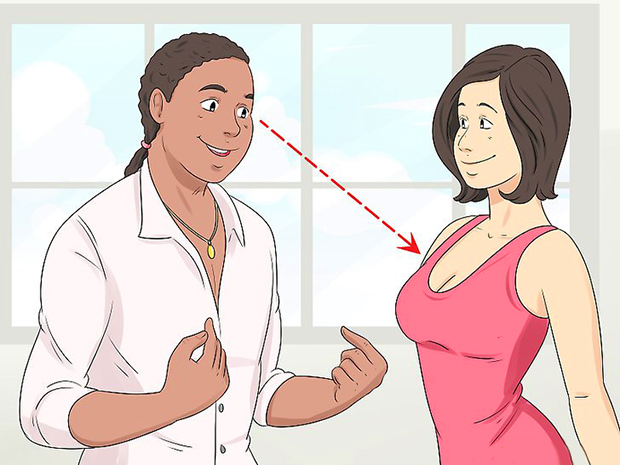 In this dream, I was in the town where I currently live and was inside an old church I attended on occasion as a child. It’s one of the original churches in this town. There was a lot of celebrating going on in the town, including carnival rides, and everyone was having a good time.

The scene changed and I was inside this church building. It looked different than I remembered from many years ago, but I could still tell it was the same church. But the people of the church were not at all like I remembered. They were all partying, just like the world. A lady was pouring cocktails at some sort of a bar in a fellowship hall. I was very thirsty so I took a sip of one and then set it back down. I really didn’t want it and I still felt thirsty after drinking it.

I could tell these people didn’t love God but they liked the fellowship they had with one another. I could tell one of the women there was trying to seduce me so I fled from the church!

As I was leaving, I heard a voice say, “Her house is the way to hell, going down to the chambers of death.” Then I heard, “She is full of dead man’s bones.” Even in the dream, I remembered both of those quotes were from scriptures. (Proverbs 7:27 and Matthew 23:27)

So I fled from that Church and I remembered seeing two middle-aged men on my way out the door. They must have been elders. They were smiling as they said, “The women here are so easy.”

I could tell these men represented wolves. I felt disgusted with the whole thing and shut the door to that church and walked outside. While outside I saw far across the lawn were rows of people laying down in the grass, unflinchingly staring at the screen of a Hollywood movie playing on the lawn of a giant open area.

Then I left that area and walked through an alley between some buildings where I ran into two college aged guys. One of them was wearing a cross necklace. Since I was still feeling disgusted with the state that church was in, I wanted to vent my frustration to these two guys, so I told them how bad it was, but I could tell they were not seeing eye-to-eye with me. I asked them if they were non-Christians and they nodded in agreement. Then I realized why we couldn’t see eye-to-eye, and I realized I shouldn’t have assumed they knew Jesus just because one of them was wearing a cross. I then woke up.

6 Whoever abides in Him does not sin. Whoever sins has neither seen Him nor known Him.
7 Little children, let no one deceive you. He who practices righteousness is righteous, just as He is righteous.
8 He who sins is of the devil, for the devil has sinned from the beginning. For this purpose the Son of God was manifested, that He might destroy the works of the devil.
9 Whoever has been born of God does not sin, for His seed remains in him; and he cannot sin, because he has been born of God.
10 In this the children of God and the children of the devil are manifest: whoever does not practice righteousness is not of God, nor is he who does not love his brother. (1 John 3:6-10 NKJV)

The state of the church is reflecting the state of our society. Your dream is spot on, unfortunately. I pray people wake up for time is short.

I have not once heard of a church following these instructions:

“It is actually reported that there is sexual immorality among you, and such sexual immorality as is not even named among the Gentiles—that a man has his father’s wife! And you are puffed up, and have not rather mourned, that he who has done this deed might be taken away from among you. For I indeed, as absent in body but present in spirit, have already judged (as though I were present) him who has so done this deed. In the name of our Lord Jesus Christ, when you are gathered together, along with my spirit, with the power of our Lord Jesus Christ, deliver such a one to Satan for the destruction of the flesh, that his spirit may be saved in the day of the Lord Jesus. Your glorying is not good. Do you not know that a little leaven leavens the whole lump? Therefore purge out the old leaven, that you may be a new lump, since you truly are unleavened. For indeed Christ, our Passover, was sacrificed for us. Therefore let us keep the feast, not with old leaven, nor with the leaven of malice and wickedness, but with the unleavened bread of sincerity and truth. I wrote to you in my epistle not to keep company with sexually immoral people. Yet I certainly did not mean with the sexually immoral people of this world, or with the covetous, or extortioners, or idolaters, since then you would need to go out of the world. But now I have written to you not to keep company with anyone named a brother, who is sexually immoral, or covetous, or an idolater, or a reviler, or a drunkard, or an extortioner— not even to eat with such a person. For what have I to do with judging those also who are outside? Do you not judge those who are inside? But those who are outside God judges. Therefore “put away from yourselves the evil person.”
I Corinthians 5:1‭-‬13 NKJV
https://bible.com/bible/114/1co.5.1-13.NKJV

I heard a voice say, “Her house is the way to hell, going down to the chambers of death.” Then I heard, “She is full of dead man’s bones.” Even in the dream, I remembered both of those quotes were from scriptures. (Proverbs 7:27 and Matthew 23:27)

I have shared the good news to several people.. They say to me .. I’m saved.. then the Lord gives me vision n shows me their real heart.. God gave me extensive vision about 1 woman….What was shown to me in a series of visions concerning her.. was the sit com from 60’s the Adams family, the munster house sit com… so what is was shown was a skinny vampire, no face wearing black, rags, skin ashen, gray white color.. lumbering walk, like a zombie, sticking out their back was a sinster doll same dudes ,face very very evil on that doll. the hand called the thing in Adams family… behind the vampire…was the monster family lumbering.. the area they were walking was was same back, gray color.. it was dark..everyone had grave attire on…..this person wears… black n white or black n red …which represent light n dark,,,good or bad.. freemasonry. colors.. that u see in their lodges.. 1 other professing .. I saw her coming up stairs from hell… with a TX ranger badge judging her.. or under the Mercies of David…God always shows me the truth…because mans says 1 thing.. God looks at the heart..