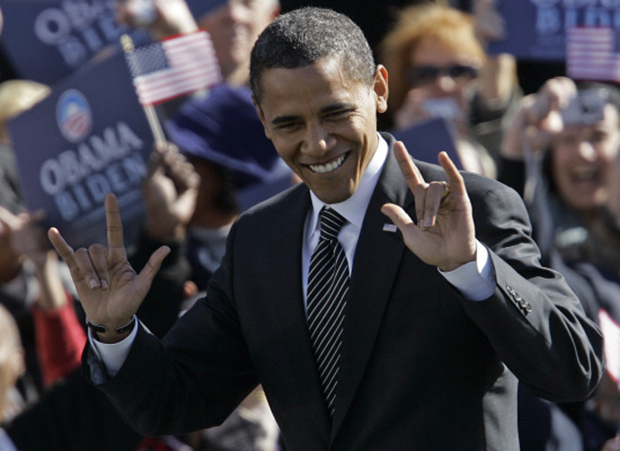 In the 4-minute video shown below, Gwendolen Song shares an amazing prophetic dream in which she saw former President Barack Obama receive an apparently fatal gunshot wound to the head. She then saw him in the hospital receiving treatment. Since she is a professional nurse, she is familiar with treating trauma patients. In the dream, she was one of the people tending to him. She understood the whole event was staged, a false flag event designed to manipulate public opinion.

The following scripture verse confirms Gwendolen’s dream, revealing the coming antichrist who will receive a wound to his head that will appear to be fatal, but he will recover from it, causing the whole world to be amazed by his “miraculous” recovery.

I saw one of his heads as if it had been slain, and his fatal wound was healed. And the whole earth was amazed and followed after the beast; (Revelation 13:3)

This verse also confirms it will be a false flag event, just as Gwendolen saw, because it says he only appears to have been killed by stating, “as if it had been slain.” If he was truly killed, it would not make any sense to describe it that way. The second part of the verse reveals the ultimate purpose for the false flag event is to cause the whole earth to be amazed by him so they will be deceived into following him, unaware of his true identity as the beast.

The following scripture reveals his head wound will come from a sword, but I think it could also be fulfilled by a bullet because it is ultimately a piece of metal that pierces the body with the same effect as a sword.

Since many Christian leaders supported his presidency and continue supporting him today, I think it is likely many of them will also claim his healing is from God, confirming all their previous claims that he has been sent from God as a blessing for our nation, exactly the opposite of the truth. Sadly, many of their followers will say a big Amen to those false claims.

In a vision I received in 2014, I was shown that Obama is the one who will fulfill Daniel 11:39, taking action against the strongest of fortresses, which is now the strongest nation on earth, the United States. Based on what I saw, I believe he will ultimately lead our nation to destruction. Although his two terms as president ended in January 2017, he became the first president in our nation’s history to remain in Washington DC after leaving office. I believe his residence there confirms he is still playing a leading role behind the scenes and will one day return to power, as shown by other prophetic insights which have been documented in other posts in our Antichrist category. Perhaps his staged head wound will be part of what propels him back into the White House, celebrated as a hero and even as a god.

My daughter had a dream that took place around 2 miles from my place on a bridge. Obama got shot in head and seemed dead. A man was by her really sad that he got shot.

It could very well be staged, I mean right after Biden and his comment about Robert Kennedy and Martin Luther King. Are we being set up?

Can you speak about the location in any sense, such as region of the US, state, city, or anything at all?

I was drawn to this sentence: “An Assassination attempt seeks to come upon one that many would not suspect. ”

You may remember the song American Pie being sung at Obama’s inauguration. It was sung as a song of celebration, all the lemmings cheering and dancing. The song was chosen especially for the occasion. Nothing happens by chance.I encourage everyone, especially if you are American, to read this article on the prophetic nature and significance of American Pie and to prayerfully consider. https://serayah515.wordpress.com. God bless

This fits with a dream Pastor Jack Darnall had a dream in the 1980’s,America had an Black president, at first he was well-liked (as President),but then became a terrible dictator..(after his terms..supplanting Trump?)

Can I also ask something that has always confused me? When the verce says ” I saw ONE of HIS heads as if it had been slain ” What does it mean by “one of his heads” since we know the anti-christ will not be two headed human.

The scriptures below show the beast is more than one man. It has seven heads and ten horns. The seven heads are seven mountains and seven kings. One of the seven becomes the eighth king.

3 And another sign appeared in heaven: behold, a great, fiery red dragon having seven heads and ten horns, and seven diadems on his heads. (Revelation 12:3 NKJV)

1 Then I stood on the sand of the sea. And I saw a beast rising up out of the sea, having seven heads and ten horns, and on his horns ten crowns, and on his heads a blasphemous name. (Revelation 13:1 NKJV)

3 So he carried me away in the Spirit into the wilderness. And I saw a woman sitting on a scarlet beast which was full of names of blasphemy, having seven heads and ten horns. (Revelation 17:3 NKJV)

9 “Here is the mind which has wisdom: The seven heads are seven mountains on which the woman sits.
10 There are also seven kings. Five have fallen, one is, and the other has not yet come. And when he comes, he must continue a short time.
11 The beast that was, and is not, is himself also the eighth, and is of the seven, and is going to perdition.
12 “The ten horns which you saw are ten kings who have received no kingdom as yet, but they receive authority for one hour as kings with the beast.” (Revelation 17:9-12 NKJV)

Hi Robson – Some comments go to “moderation” so they don’t immediately appear on Z3 News. So don’t worry, your comment was not “lost”, it is just in moderation to be reviewed. I have had comments go into moderation as well.

“The following scripture reveals his head wound will come from a sword, but I think it could also be fulfilled by a bullet because it is ultimately a piece of metal that pierces the body with the same effect as a sword.” I also think since Guns were not invented at that time, a Sword is a weapon of fighting / war and is used as their understanding of a weapon.

The deadly wound is symbolic, it could represent term limits which ended his Presidency and then after Dems change the rules he can become “king” hence the deadly wound healed.

Could not the beast who had the wound of the sword and has come to life be a reference to a man (Obama) who swears allegiance in spirit and soul to the Islam faith? The sword of Islam in other words is what Im referring to here.

That would not fit the scriptural requirement for a fatal, deadly wound that is healed, causing the world to marvel and follow the beast.

And I saw one of his heads as if it had been mortally wounded, and his deadly wound was healed. And all the world marveled and followed the beast. (Revelation 13:3 NKJV)

And he exercises all the authority of the first beast in his presence, and causes the earth and those who dwell in it to worship the first beast, whose deadly wound was healed. (Revelation 13:12 NKJV)