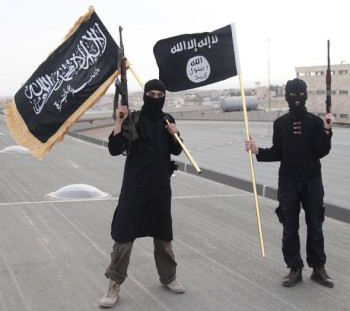 A visitor to this site, Cyndi J. Dana, sent me the following prophetic dream. She received this dream about two months ago, on April 25 2015.

The dream begins in a simple setting on a long, narrow street in a normal size, small American town. The street reminded me of the old 1930’s era neighborhoods because the houses were lined up side by side on both sides of the street with barely any yard in front.

The street was eerily quiet with no one outside, not even dogs. It seemed to be dusk or early evening. I was walking alone as I heard loud booming and popping sounds coming from up the road ahead of me. I walked and walked until I came to the end of the road. Then I saw the noise was coming from the football field. I saw men on the field preparing to shoot off what appeared to be fireworks.

I was confused and wondering, “Why are they shooting off fireworks? The fourth of July is over!”

So I continued walking closer to the football field. As I reached the edge of the field I realized the men could not see me, so I walked even closer. That was when I saw their clothing and their flag. My heart sank and fear rose up in me as I realized I was watching ISIS terrorists shooting off missiles from our own football field!

I was deeply troubled, but I didn’t run through the streets yelling or trying to find the police. Instead, I just went back to my home. I walked inside my little house and just sat down on my couch, totally stunned and speechless. My heart was heavy and I wasn’t able to even think straight. I just sat in silence watching my husband as he was going through the house looking in desk drawers and cabinet drawers for candy for our grandchildren. 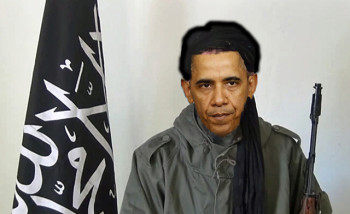 Suddenly, my front door opened and, as if it was in slow motion, a Muslim man and woman walked into my living room. The man was carrying the ISIS flag. He walked over to where I was sitting in the middle of my sectional sofa. He looked down at me very coldly and threw the flag across my couch on the left end. Then he and his wife sat down right next to me on my sofa as if I wasn’t even there.

I felt like I was in the presence of an evil so intense I just sat there like a frozen statue. I looked up to see if my husband saw what was happening, but he was still fumbling through drawers for candy. The dream ended.