You are here: Home » Trading » Equities » Prophetic dream confirms a steep drop in equities is coming soon.
Share this post: 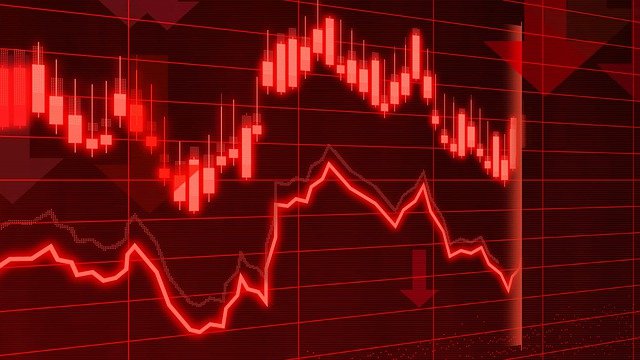 In a dream today, I was standing in my house about 15 feet from the door to our garage and looking down at two wooden sticks lying next to each other on our brown hardwood floor about 10 feet in front of me. One stick was a little thicker and perhaps a little longer than the other and it was lying in a vertical position and had a little white spot at the end closest to me that looked like a little light. The other stick was lying with the end closest to me positioned next to the bottom of the other stick with the rest of it moving away from me at about a 45 degree angle. The top of the second stick was a little lower than the top of the first stick. End of dream.

Since wood represents equities and this was wood lying on top of wood, it’s a double confirmation that this is about equities. The position of the two pieces of wood were showing a macro view of a price chart starting with a steep drop that will be nearly vertical and will be followed by a retrace that moves back up at about a 45 degree angle. Their position directly in front of me shows it’s coming soon but since the sticks were about 10 feet away, I think that shows it’s not quite time yet, although translating distances in dreams into real time trading days is challenging and subject to personal interpretation.

I think the white spot at the bottom of the first stick was highlighting the bottom but beyond that, I’m not sure what it means.

In my frog hopping dream on July 18, 2021, I was not able to count the hops but felt confident there were at least three and we now have the benefit of hindsight to see that four have completed. I think today’s dream shows what’s coming next is the frog will drop straight down into the deep crater.

In another dream on December 11, 2021, which I shared in a previous comment, I looked to my right and saw a man walking up a flight of wooden stairs and he was already several steps up when I first saw him. Since I had to look to my right to see him, I interpreted that to mean SPX would drop some before he continued climbing higher, which is what happened. Prior to this dream, SPX had closed the previous trading day at 4712 so I think that’s where he was when I first saw him. From there it dropped about 5% then returned back to where he was at 4712 and then continued climbing higher, reaching a new all time high today at 4818, which is 106 points higher than where he was when I saw him. I was unable to see how many more steps were still ahead of him and I was not shown any prices but it has already gone high enough to fulfill what I saw so I no longer have any reason to expect a higher top.

Another dream on November 14, 2021, showed a drop followed by a return to the top, followed by a delay and then a steep drop. I think the fulfillment of this dream started with the 5% drop that started from the November 22 top and was followed by a return to the top on December 27, 2021. The delay at the top should be underway now, but translating it into trading days is challenging. Today is the seventh trading day since returning to the top which might already be enough to qualify as a delay. In any case, the steep drop appears to be getting close.

Prophetic insights into future market moves only give us glimpses into what’s coming, so lots of important details are missing and my assumptions about how it all fits together might be way off the mark so this is not a recommendation for investing. I’m only sharing it so you can add your own insights to hopefully get a clearer picture. I believe God will give more insights to anyone who asks Him in faith expecting to receive an answer, as long as we meet the requirements Jesus identified when He said, “If you abide in Me, and My words abide in you, you will ask what you desire, and it shall be done for you.” (John 15:7 NKJV)

I had the opportunity to listen to a long presentation tonight from a respected analyst re when the top/drop will occur. He has no doubt this is the year At the moment, he is focusing on the first two weeks of February, specifically 2/11/22. Ha. Fun with numbers. At any rate, he’s looking at at inverse relationship to an event 90 years ago, the bottom from the Great Depression. So if you flip the chart from ’29-32 upside down….

Two possible scenarios although he expects it to be worse than the flash drop in 2020. It could recover relatively quickly as in 2020, but more likely, it will be a long ugly grind down as in the inverse of the ’29-32 chart. Or looking at it another way, the drop from ’29-32. He’s had an astounding record of calling other tops/bottoms over the past 20 years, often on the other side of ‘conventional wisdom’ . FWIW.
Blessings, W

Hi can you give me the name of the analyst if you dont mind me asking?

Since I had this dream on Jan 4 about the two sticks, we now have the benefit of hindsight to know SPX dropped about 5% with 5 consecutive days down. In dreams today I saw bullish stuff which I think confirms the huge daily hammer candlestick from yesterday which was followed by a significant move up today. The dream showed the direction but not the size of the moves but I think the first stick has now completed and the second one has started the move back towards the top at about a 45 degree angle. I think the top of the second stick was a little lower than the top of the first stick but not 100% sure about that.

In a dream today, I was standing outside and looking up into the sky and saw lots of birds flying high in the sky and they were all moving to my left. There was also a small plane pulling a small banner that was too far away for me to read but it was also flying to my left. Since birds fly up high in the sky, they are bullish and flying to the left is also bullish. Looking up at the plane flying left is also bullish. Later I saw a chart showing a green line that I understood was a moving average and it was moving up steadily.

Do you think its a bull signal for equities only? BTC had an increase but I do not know if it will continue going up.

I have not been shown anything about the correlation between cryptos and equities but historically they have often moved together especially when making big moves. They both recently dropped and ended the drop with large daily hammers two days ago and have both moved higher since then. Hammers often indicate bullishness for the next 4 to 6 periods but that happens way less than 100% of the time. I had a dream today that if I understand it correctly was showing equities moving up until either Friday Jan 21 or Monday Jan 24 and then down very sharply but my interpretation could be wrong.

Thanks for this reminder.

In your opinion, do you think this will be the beginning of the crypto winter, or do you think that cryptos will continue to rise for a short time after the crash?

I have seen big price increases coming for some cryptos like RDD, ETN and BTC, but have not seen anything about the timing or correlation with equities. In March 2020, cryptos crashed when equities crashed so it seems likely that could happen again.

James, what is the direction of you vs the garage door – garage door to the north / west/south/east of you?

The direction was not part of the dream but I think it would be mostly south. My focus was on the wood floor and wooden sticks.

Did you catch the direction of the wood floor planks? Were the wooden sticks running g perpendicular to the planks or in line with them? If perpendicular or across them that could show scale of drop like a chart with grid lines.

Your brother in NC

The wood planks were not featured in the dream but since it was my house I know they were aligned with the first stick that was lying vertically. Initially, I assumed the straight stick was showing a very large drop that would test the 200-day moving average since that’s how previous crashes have started, so that would be about a 500-point drop, but after thinking more about it and realizing that no prices were shown, I realized last night that the scale of it might be much smaller and the drop might have been completed by yesterday’s 93-point drop. If so, the move back to the top should start from here with a series of small gains that move up at about 45 degrees. I’m just watching from the sidelines since I don’t know but so far today looks good, currently up 8 points. If the drop has completed, it could be the fulfillment of the scene from my Kathryn Anderson dream where she was trying to make a decision about which equipment to buy, which could be showing a delay and indecisiveness in the market.

About 1 1/2 years ago a local prophet (Jim Reilly) gave a word about several explosions simultaneously in the US, as well as other countries (pray against it), followed by a sudden market crash. He felt it would probably be dirty nukes (their main focus is fear). He also saw a lot of destructive rioting going on at the same time. I have heard many similar words over the past year about getting prepared, because whatever happens, will happen suddenly.

Today EliziabethMarie at Latterrain333 gave these words in her newsletter:

EXPLOSION
On 12/21/21, While sleeping, I heard this word over and over again:

INTERPRETATION:
I don’t have an exact interpretation…..but one thing that did come to me was:
‘an explosion of cases’……possibly meaning the virus or another one.

It could also stand for what happened in my dream vision
(below ‘ORANGE GLOW’) that I received the same night.

So, it could have several meanings. Many times, it isn’t until the prophecy is fulfilled, that we understand its true meaning.

ORANGE GLOW
On 12/21/21, I also received a dream vision. I saw the silhouette of a BIG CITY at night time…(NYC??)  Behind the city, I saw an ORANGE GLOW enveloping the whole city.

INTERPRETATION:
I believe that this represents FIRE/EXPLOSION that is coming to a LARGE city….possibly from an attack or even a nuke.  The color ‘orange,’ also represents a ‘WARNING!’