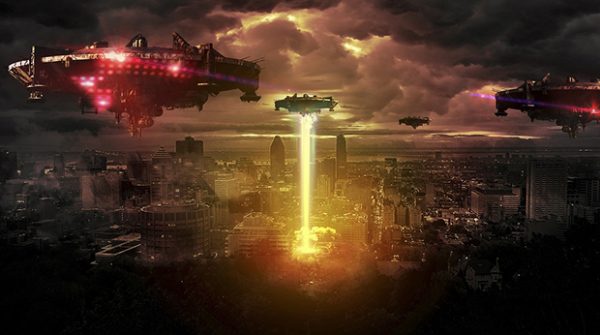 In a dream received on June 21, 2021, I was in a room and many people were getting COVID-19 shots in their arms by people with needles and syringes.

A friend of mine was sitting on a couch, but it was hard to see him since there were so many people in the room. I walked over to him and saw my parents near him. My parents talked to him and he told them that he got the COVID-19 shot in his arm. He said that he thought it was fine to take the shot.

My mom, my dad, and I were not happy to hear that he took the shot and I joined with them as we all yelled at him in frustration. Then I tried to encourage him by telling him that God does miracles and that his life is not over just because he received the COVID vaccine.

Then my dad instantly changed his mind about the vaccine being bad and ordered my mother and I to receive the vaccine on the grounds that he was the head of the household. He was afraid that not being vaccinated with the COVID-19 vaccine had bad repercussions. So, my mom and dad were then quickly vaccinated, but I did not get vaccinated.

Then, the scene changed and I saw my dad holding a syringe with a needle in his hand. Next, both of my parents grabbed me and tried to hold me to the ground to vaccinate me. I fought them with all of my strength and escaped. I was scared so I started running away to the exit door of the room. As I was running away, I dodged multiple swipes of my father’s syringe needle and they followed me to the closed door of the room where they cornered me. Then my dad thrusted the syringe and poked my forehead with the needle. I saw myself with a small drop of blood on my forehead, then I opened the door and exited the room.

Then the scene changed again and I was in a large van with my parents and my same friend who had also been vaccinated in the first part of this dream. My dad was driving the car. My mom was in the front passenger seat and my friend and I were in the back seats. As my dad drove up a small hill, I looked through the front van window and saw black transparent rectangular shapes that kept moving around on the road ahead of us. These shapes were about 30 feet long, 10 feet wide, and they floated about three feet off of the ground and kept shifting upward off of the road and disappearing.

As I was watching these unusual shapes moving, I thought about the millions of people who will die in the future from the COVID vaccine and I started crying. I looked out of the front van window and I saw more of the rectangles shifting. Then my friend started crying, but my parents showed no emotion or reaction to the moving rectangles. They didn’t seem to care at all.

I think this dream shows how the COVID shots are dividing friends and family members, even to the point that some family members are putting intense pressure on others to get injected, leaving them with no choice but to separate themselves. The recent European mandate stating that people traveling within Europe must be vaccinated is proof of these fear-inducing repercussions. Since my parents were initially opposed to the shots but later changed their minds, this shows the pressure to get the shots will cause some people to give up their resistance. Then, those same people will begin to apply pressure on any family members still showing resistance due to the intense repercussions of opposing the vaccine.

I think the scene where my father stabbed my head with the vaccine and blood was drawn is warning of dangers of being around COVID vaccinated people. Numerous doctors and scientists have warned that those who received the shots are now shedding spike proteins that can cause health problems for those who have not taken the shots. The closer our contact with vaccinated people, the greater the danger of being harmed by these spike proteins.

I think the black rectangular shapes moving around and floating above the ground are warnings of spiritual darkness surrounding these events. They were in front of the van’s path, which shows we were en route to a destination that had evil and death. I think the movement and shifting of these black shapes shows how things are now moving and shifting in the unseen spiritual realm. I think this was also shown by the way my friend didn’t initially realize the gravity of the vaccine killing people, but as there was a shift in the spiritual realm, he understood and wept because of the deaths of many. For those who have no spiritual awareness or are not in Christ, the shift in the black shapes was not noticed, and they still didn’t understand that the vaccine was evil. My friend and I both felt sadness after seeing these shapes because we understood there was a connection between them and the deaths of millions of people due to receiving the so-called vaccine.