You are here: Home » Church » Persecution » Police investigating member of Finland’s Parliament for crimes of hate speech.
Share this post: 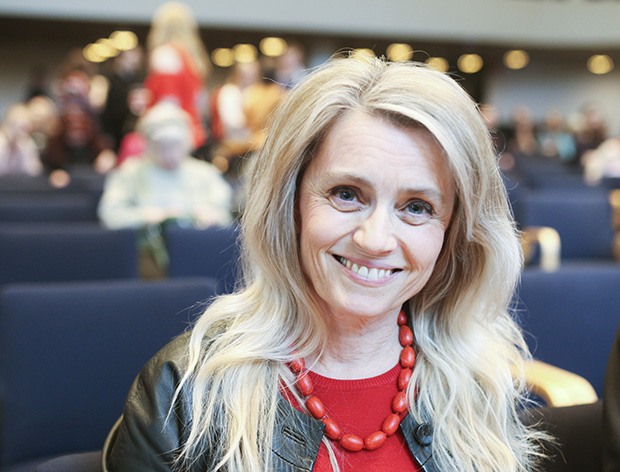 A member of Finland’s Parliament, Paivi Rasanen, is being investigated by police for crimes of hate speech directed toward an “ethnic group” after she posted a comment on Facebook on June 17 in which she referred to a scripture verse from Romans and stated, “We think that marriage is between a man and a woman.”

Her comment was in response to recent actions by Finland’s Lutheran Church supporting Gay Pride Month. Paivi raised the question, “How can the church’s doctrinal foundation, the Bible, be compatible with the lifting up of shame and sin as a subject of pride?”

The head of Finland’s Lutheran Church released a statement condemning her and saying same sex marriages are welcome in his church.

since when are gays an “ethnic group?”

something happened in California in similar case,
now , in CA many new laws were made by liberal activists –
church is force to accept their lifestyle, do not allow to talk about the the Bible definition of marriage. do not allow to talk about the Bible defined sin. the law maker define what is right , what is wrong.
church and ministry do not allow to do healing/conversion therapy , the healing/conversion therapy set free lot of people , set free from the gay life style,.
there is a famous church already compromised ,

we church need to stand on the truth, we need God’s strength,
i am not better then anyone, but Lord give us strength to stand, when we see Jesus at the end, everything is accountable to Him.
Lord have mercy !

our young children and young people are exposed under all the filthy and perversion school curriculum.

Where are the courageous Christian men in Finland? Are there any left to stand against wickedness and sodomy?
Thank you Lord for Paivi.

Please pray for her (and for Finland). She has always been very brave and rare voice nowadays in politics, speaking openly biblical truth.

Very Brave lady who is so correct. It just shows how “low”the world has stooped.

What does ethnicity have to do with sexual persuasion or preference?