You are here: Home » News » Israel and Middle East News » Podcast: Major shifting accelerating in Israel in past 3 months. 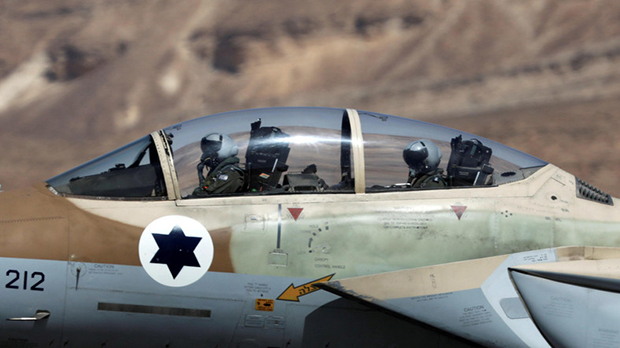 During the past 3 months, a major shifting has been accelerating in Israel as they are approaching the time of Jacob’s trouble. The Bible reveals this shifting will continue until all nations are gathered against them, ignoring the warning God gave to the prophet Zechariah, saying, “I will make Jerusalem a heavy stone for all the peoples; all who lift it will be severely injured. And all the nations of the earth will be gathered against it.” (Zechariah 12:3)

After possessing Jerusalem for 50 years from 1967 to 2017, Israel entered a new season of major shifting and changes, including the 2017 Paris Peace Conference, moving the U.S. Embassy to Jerusalem in May 2018, and the upcoming announcement of President Trump’s Middle East Peace Plan. In the past 3 months, Israel has faced increased pressure on both their northern and southern borders as Iran has established military bases in Syria and Hamas has been holding weekly violent demonstrations in Gaza, firing an endless barrage of rockets into southern Israel.

This 38-minute podcast presents an update of recent events and many prophetic insights into what’s coming next.

Mark Taylor on a 4-15-18 You Tube video said, “Luciferian reign is coming to an end and all this gloom and doom is of the devil.” This proves he is a false prophet because we know there is nothing to suggest this in the Bible. Satan will grow only stronger until he is defeated by Christ at the end of this age.

Wow, thanks for sharing that Gustavus. I saved some of his other false statements, but I am adding this one to my collection. He has deceived many people who lack revelation knowledge of the scriptures.

Very interesting podcast! I can personally confirm the area of Jerusalem known as no man’s land that existed prior to 1967. When I lived in Jerusalem as a young child (1962-1963), we passed by there in our travels of the city. The link below contains a picture that depicts the area known as no man’s land similar to how I remember it as a young child though there may also have been a barrier of some type surrounding certain parts of the area if my memory serves me correctly. I also remember hearing fighting going on between the Arabs and Israelis even when we lived there many years ago. I always find it interesting that people now wish to describe the conflict as a Palestinian issue when prior to 1967 Jordan occupied the land, and it had most often been described as an Arab/Israeli conflict possibly because most Palestinians lived in Jordan at the time. It wasn’t until after 1967 and the territory was lost that the Palestinian issue seemed to take center stage and it became the defining issue.

James, you clarified something that I misunderstood regarding the Judah Ben Samuel prophesy. I thought that something very big would have to happen in 2017, the end of the last Jubilee in the prophesy and a prophetic 70 years since the birth of Israel. I thought God had missed a perfect place for the climax of all His Story. But your explanation of 2017 being the last year of Israel’s sovereignty over all her land is even better since it gives Trump, who wrote The Art of the Deal, the perfect time to announce the splitting of God’s and Israel’s land. This will lead to what all serious Jews have been waiting for for approximately 4,000 years, the coming of their Messiah, and, of course, this is no small thing for us Christians who cry, Amen, so come, Lord Jesus.

Israel and Jerusalem have not been divided as of yet. There are of course lots of factions who want to divide it, but it hasnt happened yet.

However, if Israel was to complete the last Jubilee while remaining in control of jerusalem then there may be some wiggle room here I had not considered, at least in regards to Israeli control of Israel/jerusalem.

The previous to last Jubilee began in Sept 1966 (assuming an Autumn based reckoning) and Jerusalem was taken by Israel in the middle of that Jubilee, June 1967. About 9 months into the Jubilee. So perhaps Israeli control of jerusalem will last at least 9 surplus months which would be June 2018. That would be a complete 50 years. From June 2018…perhaps a period of transition where they lose Jerusalem to some extent begins. If that is the case i think Israel would have to lose Jerusalem before the completion of the 51st year which would be Sept 2018…so that they would have held Jerusalem for 50 years…if they hold it for 51 years+ then it breaksdown. However =50 years holding Jerusalem works, especially when one uses biblical counting based on “inclusive reckoning”

About two years ago I listened to all of Art Katz’s sermons. I was so touched by his genuine testimony and life he lived as a Jewish Christian. At min. 19 he describes how true love and sacrifice from Christians is going to open the hearts of the hardened Jews to receive the Lord during Jacob;s trouble.

“Jews need to see the face of God, not just Christian obilgation. God ran to meet the son and kissed him before he even arrived….”

Interesting timing on a possible peace agreement with Hamas. A few weeks ago, I listened to a recording by Amir Tsarfati. He was discussing the peace plan that Trump was trying to put together for the middle East. In it, he referenced the book of Daniel where it says that the Antichrist will confirm a covenant with Israel. He pointed out that the Hebrew word for confirm means to strengthen or reinforce. He makes the case that Antichrist will take an existing peace agreement and strengthen it or extend it. For this reason, Amir does not believe that Trump’s peace plan is the beginning of the 7 years. He does not believe that Trump is Antichrist. That would come later. Antichrist may use the existing peace agreement and strengthen or “confirm” it which would start the new 7 year peace treaty. Amir thinks that one possibility is that Antichrist gives the Jewish people back the right to rebuild the Temple and worship on the Temple Mount. In doing so, he will be adding to or “confirming” an existing peace agreement. Today, there is talk of a 5 year peace agreement between Israel and Hamas. If signed this year, it would expire in 2023. It would need to be renegotiated close to it’s expiration if it were to be extended or “confirmed”. That would seem to indicate 2029 to 2030 as the end of Antichrist’s 7 year peace agreement. I know that we can’t know the date or hour, but we may have hints to the season. The 490 year cycle for Jerusalem lines up with 2030 as pointed out by Joel Blackford. 2029 is 49 years after the decree to rebuild Jerusalem went out ( Jerusalem Law was passed in 1980). It did jump out at me that there could… Read more »

The good news in its biblical context is jewish. The God of Creation is the God of Israel and in His passionate love and desire for intimate fellowship with each individual members of his creation and his plan to restore all of creation to it original design and purpose has made a way for all peoples and idividuals to receive, forgiveness of sin, reconciliation with God, and eternal life. The God of Creation became the God of one man Avraham and from him He created Israel and from Israel he made know his way and plan of salvation for all people, from Israel he brought forth a savior, the Messiah, the king of the jews who gave himself up to be put to death by the power elites of this world that he might atone for the sins of all mankind and set free all who put their trust in Him. By His atoning death He took our punishment and paid our debt and on the third day after his death, He was resurrected to life, with an eternal body, by the power of the Holy Spirit and He is today seated at the right hand of the Father awaiting the time when He will return to this world, to judge the world in righteousness, to restore the kingdom of David to His people Israel and to rule and reign over His people Israel and over all the earth from his throne in Jerusalem. The evil of this world will not be allowed to go on forever nor will it be allowed to triumph because God has appointed a day in which the evil of this world will be judged. The Good News is an invitation to all people to individually become citizens of Israel’s promised Kahal Goyim, commonwealth of… Read more »

Lev. 25:8-10 says the jubilee lasts one year and begins on Yom Kippur, which. is on 9/18/18 this year. Does this mean Israel is still in the Jubilee ben Samuel was describing? I am unclear on the 49th & 50th year beginning times.

The jubilee only occurs once every 50 years. Judah Ben Samuel’s prophecy identified major events in terms of jubilees, including 1917, 1967, and 2017. Since his prophecy has proven to be accurate, I believe those were the jubilee years.

I really enjoyed the podcast. Thank you for keeping us up to date on current events and how they tie into bible prophecy.

Thanks for the feedback Lydia.

Thank you for this important message. God bless you!!!