You are here: Home » Babylon » Mark of the Beast » The UN Plans To Implement Universal Biometric Identification For All Of Humanity By 2030 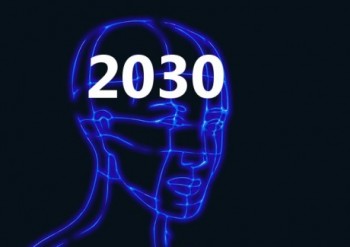 Did you know that the United Nations intends to have biometric identification cards in the hands of every single man, woman and child on the entire planet by the year 2030?  And did you know that a central database in Geneva, Switzerland will be collecting data from many of these cards?  Previously, I have written about the 17 new “Global Goals” that the UN launched at the end of September.  Even after writing several articles about these new Global Goals, I still don’t think that most of my readers really grasp how insidious they actually are.  This new agenda truly is a template for a “New World Order”, and if you dig into the sub-points for these new Global Goals you find some very alarming things.

“By 2030, provide legal identity for all, including birth registration”

The United Nations is already working hard toward the implementation of this goal – particularly among refugee populations.  The UN has partnered with Accenture to implement a biometric identification system that reports information “back to a central database in Geneva”.  The following is an excerpt from an article that was posted on findbiometrics.com…

The United Nations High Commissioner for Refugees (UNHCR) is moving forward with its plans to use biometric technology to identify and track refugees, and has selected a vendor for the project. Accenture, an international technology services provider, has won out in the competitive tendering process and will oversee the implementation of the technology in a three-year contract.

The UNHCR will use Accenture’s Biometric Identity Management System (BIMS) for the endeavor. BIMS can be used to collect facial, iris, and fingerprint biometric data, and will also be used to provide many refugees with their only form of official documentation. The system will work in conjunction with Accenture’s Unique Identity Service Platform (UISP) to send this information back to a central database in Geneva, allowing UNHCR offices all over the world to effectively coordinate with the central UNHCR authority in tracking refugees.

I don’t know about you, but that sure does sound creepy to me.

And these new biometric identification cards will not just be for refugees.  According to a different FindBiometrics report, authorities hope this technology will enable them to achieve the UN’s goal of having this kind of identification in the hands of every man, woman and child on the planet by the year 2030…

A report synopsis notes that about 1.8 billion adults around the world currently lack any kind of official documentation. That can exclude those individuals from access to essential services, and can also cause serious difficulties when it comes to trans-border identification.

That problem is one that Accenture has been tackling in collaboration with the United Nations High Commissioner for Refugees, which has been issuing Accenture-developed biometric identity cards to populations of displaced persons in refugee camps in Thailand, South Sudan, and elsewhere. The ID cards are important for helping to ensure that refugees can have access to services, and for keeping track of refugee populations.

Moreover, the nature of the deployments has required an economically feasible solution, and has demonstrated that reliable, biometric ID cards can affordably be used on a large scale. It offers hope for the UN’s Sustainable Development Goal of getting legal ID into the hands of everyone in the world by the year 2030 with its Identification for Development (ID4D) initiative.

The Identification for Development (ID4D) initiative was originally launched by the World Bank, and they are proud to be working side by side with the UN to get “legal identity” into the hands of all.  The following comes from the official website of the World Bank…

Providing legal identity for all (including birth registration) by 2030 is a target shared by the international community as part of the Sustainable Development Goals (target 16.9). The World Bank Group (WBG) has launched the Identification for Development (ID4D) cross-practice initiative, with the participation of seven GP/CCSAs sharing the same vision and strategic objectives, to help our client countries achieve this goal and with the vision of making everyone count: ensure a unique legal identity and enable digital ID-based services to all.

Of course all of this is being framed as a “humanitarian” venture right now, but will it always stay that way?

At some point will a universal biometric ID be required for everyone, including you and your family?

And what would happen if you refused to take it?

I could definitely foresee a day when not having “legal identification” would disqualify you from holding a job, getting a new bank account, applying for a credit card, qualifying for a mortgage, receiving any form of government payments, etc. etc.

At that point, anyone that refused to take a “universal ID” would become an outcast from society.

What the elite want to do is to make sure that everyone is “in the system”.  And it is a system that they control and that they manipulate for their own purposes.  That is one of the reasons why they are slowly but surely discouraging the use of cash all over the world.

In Sweden, this movement has already become so advanced that they are now pulling ATMs out of even the most rural locations…

The Swedish government abetted by its fractional-reserve banking system is moving relentlessly toward a completely cashless economy.  Swedish banks have begun removing ATMs even in remote rural areas, and according to Credit Suisse the rule of thumb in Scandinavia is “If you have to pay in cash, something is wrong.”  Since 2009 the average annual value of notes and coins in circulation in Sweden has fallen more than 20 percent from over 100 billion to 80 billion kronor.  What is driving this movement to destroy cash is the desire to unleash the Swedish central bank to drive the interest rate down even further into negative territory.  Currently, it stands at -0.35 percent, but the banks have not passed this along to their depositors, because depositors would simply withdraw their cash rather than leave it in banks and watch its amount shrink inexorably toward zero.   However, if cash were abolished and bank deposits were the only form of money, well then there would be no limit on negative interest rate policy as banks would be able to pass these negative interest rates onto their depositors without adverse consequences.  With everyone’s wages, salaries, dividends etc, paid by direct deposit into his bank account, the only way to escape negative interest rates would be to spend, spend, spend.  This, of course, is precisely  what the Keynesian economists advising governments and running central banks are aiming at….a pro-cash resistance movement is beginning to coalesce and the head of a security industry lobbying group relates,  “I’ve heard of people keeping cash in their microwaves because banks won’t accept it.”

If you aren’t using cash, that means that all of your economic activity is going through the banks where it can be watched, tracked, monitored and regulated.

Every time the elite propose something for our “good”, it somehow always results in them having more power and more control.

I hope that people will wake up and see what is happening.  Major moves toward a one world system are taking place right in front of our eyes, and yet I hear very, very few people talking about any of this.

© 2015 – 2020, Z3 News. The first 200 words of Z3 News articles may be shared online in exchange for a clickable link to our site. Please include the author name and do not make any changes to text or titles. No image files from our site may be shared because we don’t own them. For permission to use our content in other formats, please contact us.

I truly believe this will be implemented before 2030; there are too many global events lining up, to fulfill Biblical Prophecy.

Linda,I believe so,but again,it will be as God allows it……….

I agree, but it is interesting they are openly planning these things right now.

Great article Michael
James I belive has already written that 2032 is potentially Jesus christ’s return.
Take off 3.5 years we have mid 2028.
Therefore I expect early trials will start by at least 2023.
So i believe this system will definitely start earlier.

How do you get off the grid. All readers must press closely into Jesus and put total
Faith in Him.
Bonus if we can make some serious $$$ out of the coming crash to help others. We rely heavily on James , Darin, weather and rob to aid us all.
God bless Phil
God bless

Showing your age Matthew! I remember that RPG as well. Note this from the wiki page:

“In the early days, when magic returned to the world, humans began to either change into, or give birth to elf and dwarf infants, a phenomenon called Unexplained Genetic Expression (UGE). Later, some juvenile and adult humans “goblinized” into other races (mostly orks, but also some trolls).”

We know that this is what Satan wants. That is to Genetically change us. Good find Matthew!

There is a cyberpunk RPG called Shadowrun that started in 1989 and has an interesting tie in to this that I just realized. In Shadowrun they have a universal ID system where everyone gets a System Identification Number (SIN). Those without are either living in extreme poverty or a “criminals”. They are referred to as SINless.

Wrong sir. The original date is still the goal : 2021 ( Agenda 21. ) The 2030 date is to keep the sports watchers watching sports. Secession is the ONLY solution. Re – create an enlarged version of The Confederate States Of America from which Christians can give the NWO the finger for as long as possible. Now watch for dummies and paid government trolls attack this below.