You are here: Home » Prophecies » “Many have been in the place of such deep weeping in the lack, but I have decreed now there shall be weeping in the overflow.”
Share this post: 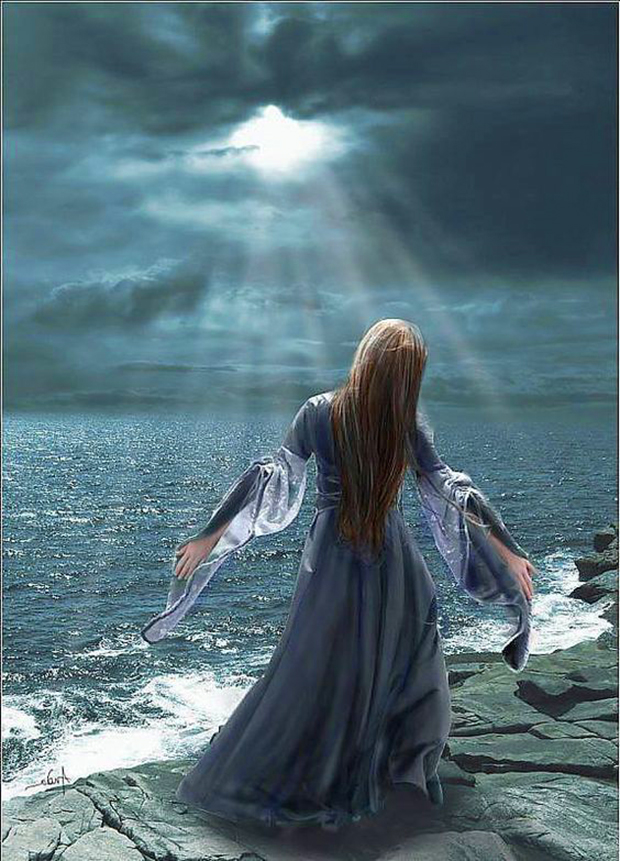 “Those who sow their tears as seeds will reap a harvest with joyful shouts of glee. They may weep as they go out carrying their seeds to sow, but they will return with joyful laughter and shouting with gladness as they bring back armloads of blessings and a harvest overflowing.” (Psalm 126:5-6 – The Passion Translation)

The Lord brought this Scripture before me this week and I have been sitting on it and seeking the Lord’s heart. As I sat with the Lord, I heard Him say:

I have seen the intense season of weeping that many have endured. In the intense season of weeping, I have drawn My people deeper. I have invited them to come deeper into My heart to know the stability of My Word and My goodness. The anchor of My nature and the power of My name. For in the intense weeping, there has been a maturing and a fortification that I am bringing to My people. A strength that cannot be stolen as they lean into Me. For the time has come for the weeping they have endured to come to an end, and the season of harvest to be released.

In the fire, in the battles, in the opposition, I have been building in My people the revelation of the power of ACTIVATED FAITH and the POWER OF PRAISE. My people are coming up higher into the awakening of living in their true reality and that is My realm, and every Word that flows from My mouth.

For many have been in the place of such deep weeping in the lack, in the place of lack of breakthrough and momentum, but I have decreed that now there shall be WEEPING IN THE OVERFLOW. For there is such abundant harvest that is beginning to be reaped amongst My people that is going to bring forth tears of JOY, laughter and glee. Many areas where the enemy has come hard against My people and there has been so much weeping, now I have decreed that My blessing, breakthrough, harvest and blessing released by the power of My Spirit will cause the enemy to flee in fear as he is again reminded of his defeat.”

STRETCH YOUR ARMS WIDER, THE OVERFLOWING HARVEST IS MORE THAN YOU HAVE EVER CARRIED!!

There is FIERCE and VIOLENT repayment, restoration and recompense that God is releasing in this season. He has been releasing it for quite a while now, but the Lord showed me a MAJOR TAKE OFF and increase of momentous ACCELERATION of major repayment, restoration and recompense being released to God’s people. I saw a SIGNIFICANT shift take place in the spirit a few weeks ago that heralded a whole other level of acceleratory repayment and restoration. Things are speeding up friends, and they are going to continue to speed up.

For the Lord said to me:

“NOW it is going to make sense to My people even more than it EVER HAS why the battle has been so fierce, WHY the enemy has come against them so strongly to take their land. This is not just another shift of repayment and recompense, the shift that has been taking place recently is MOMENTOUS. In the heavens, I am THUNDERING, ‘The greatest demonstration of OVERFLOWING HARVEST is upon My people.'”

The Lord went onto say:

“FEAR has come against My people SO intensely in the weeping and battles looking for their agreement with lies so he can attempt to prevent the extension, activation and anticipation of major breakthroughs contained in the truth of My Word, but his attempts are falling to the ground as a MAJOR WIND of My Spirit is BLOWING across the body of Christ, bringing healing, freedom and deliverance. Deep refreshment and renewal is being released to My people and MAJOR harvest and breakthrough that is igniting a whole new level of FAITH and the ACTIVATION of FAITH within My people.”

Extend, activate and anticipate the move of God in your life to significantly increase right now. Your expectation and what you place your faith in is POWERFUL. I know many of you are weary, I know many of you are discouraged in the battle you have endured, but I want to encourage you that the Lord is decreeing that you are now returning with JOYFUL laughter, shouting with gladness as you bring back armloads of blessing and harvest overflowing.

The Spirit of God is decreeing:

I saw the Lion of Judah standing over you and He roared LOUDLY. As He roared, I heard the decree of His heart over you:

“The lion (enemy) has come against you to steal, kill and destroy, constantly seeking to devour you, (John 10:10, 1 Peter 5:8) but here I am, the Lion of Judah and I am roaring over you right now that a NEW SEASON OF ACCELERATED WEEPING IS UPON YOU! You shall weep MORE NOW than you ever have, but your weeping shall be different. Your weeping is weeping at the MIGHTY MIRACLES that I am doing in and through your life. You are not coming out the same way you went in. You are coming out with ARMLOADS of blessings and harvest overflowing!!!!!!! You are coming out and into the greatest season of JOYOUS WEEPING that you have ever experienced. I am ROARING OVER YOU!!!!! This IS your season of restoration, recompense and renewal. It’s HERE!!!!!”

“And blessed is she who believed that there would be a fulfillment of what was spoken to her from the Lord.” (Luke 1:45)

This really resonates with me as I’ve been under MASSIVE attack with fear, anxiety, depression, oppression, hopelessness, discouragement and despair as I wait on the Lord to guide me into my calling/purpose/assignment. It’s been a LONG wilderness season, but I’ve been hearing in my spirit that “it won’t be much longer.” GOD bless you, saints, as we fight the good fight and overcome by the blood of the lamb and the word of our testimony while preparing for the great end times HARVEST of souls.

On a side note, I was led to invest in foreign currency several years ago. There seems to be an acceleration in talks about the coming RV or Global Economic Reset which I believe could be ONE means of transferring wealth to the righteous in order to provide for those who will be directly involved in the end times harvest, building safe havens etc. I would LOVE to connect with anyone who has been or is being led in this direction in terms of their future calling. I’m very isolated here in the godless, wicked S.F. Bay Area. Please feel free to reach out to me if you desire fellowship. My email is jenniferlg777@gmail.com or JEN GILBERT on Facebook.

Many, many blessings to all in the mighty name of our KING JESUS! ✝️??

Lately, I’ve been hearing: recompense is on the way. Though I know it is true, we are truly excited to know that we’ll be able to employ his blessings with those we will care for spiritually, physically, and emotionally. (We’re in the 50ish group called to disciple the younger generation.) The vision is his. He will provide all necessary provisions. It has already started with my new harp. Lessons starting in the near future after a consultation with Christy-Lyn in December. Gracious God, thank you so much.

Thank-you Father, Thank-you Jesus, Thank-you Holy Spirit. This is my season of fierce and violent repayment, restoration and recompense with great great weeping like never before at the goodness, the blessings of the Lord. It is so Lord Jesus, it is so.

Oh glorious favor of ABBA Father, oh let it be so Thank you Father, Thank you Jesus

This is amazing -The Lord told me once long ago that the tears I cried out to HIM .That He held in a bottle and HE poured out back upon me as healing ointments- Amazing -the amount of anguish and crushing=equals the amount healing restoration — The blessing pouring out on me this last 2 months have been significant-and just today I have had a much deeper level of deliverance by helping another out of their snares -That I am rejoicing -rejoicing and feeling so so blessed I feel like I am Gods only child ( so much blessing) Praise His name saints –Praise His name all creation– Praise His name everything that has breath -THE KING IS COMING – hallelujah -Praise HIS NAME !!