You are here: Home » Church » Persecution » Persecution of Iranian Christians provides a preview of what’s coming to the United States. 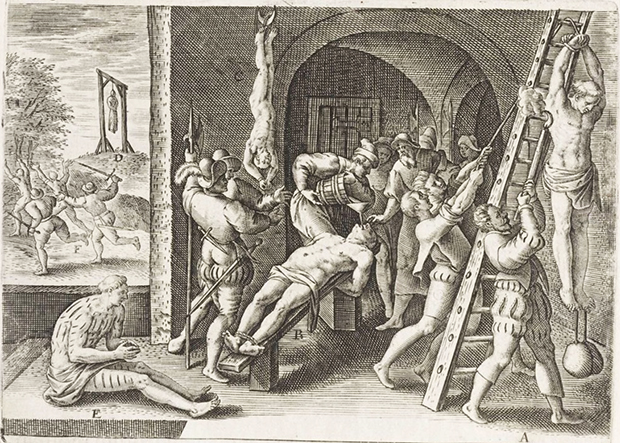 Based on what God has revealed to me in several dreams, I believe the same kind of persecution now happening to Christians in Iran is soon coming to the United States, as shown in the following testimony of Iranian citizen, Dabrina Tamaraz.

“Our family was being followed all the time by Iranian authorities. They even broke into our house. We had spies within the church and at times soldiers standing in front of it. I was detained so many times I’ve lost track of the number,” said Dabrina Tamraz in an exclusive interview with Al Arabiya English.

For 40 years her father, Pastor Victor Tamraz, preached in spite of the persecution. He was frequently arrested and interrogated by Iranian authorities on Sundays just before his scheduled church service. The Tamraz family’s church, the Assyrian Pentecostal Church in Tehran, was shut down in 2009 for offering services in the national language of Farsi –prohibited for churches in Iran.

Now Tamraz’s father is banned from the pulpit. He was arrested in 2014, kept in solitary confinement for 65 days, and sentenced to a 10-year imprisonment for “conducting evangelism” and “illegal house church activities,” acts which the Iranian regime considers threats to national security. Tamraz’s mother was arrested for allegedly training church leaders and pastors to act as spies and is appealing a five-year prison sentence. Her brother was arrested for joining a house church and sentenced to a four-month term. (Source: english.alarabiya.net)

On a brighter note, I believe the Church is now transitioning into a new season which will be far more glorious than anything we’ve seen before, a time of great harvest, as confirmed by many prophetic words posted here on Z3 News. However, I have an odd combination of joyful expectation and solemn sadness due to seeing the best of times and the worst of times coming at the same time. This is a new place I have never experienced before because God has revealed such great blessings ahead, He stretches my ability to believe, but at the same time He has revealed such terrible persecution coming, it has been weighing on me very heavily lately, not so much about what happens to me, but what I find almost unbearable are thoughts of any harm coming upon my family.

Maybe it’s a small sample of what the Lord Jesus experienced during His earthly ministry with so much joy from so many miracles and much fruit while all along knowing the great suffering set before Him. Yet, He endured it all because He was able to see beyond it to the other side, the great joy of His eternal inheritance, and thank God He did.

1 Therefore we also, since we are surrounded by so great a cloud of witnesses, let us lay aside every weight, and the sin which so easily ensnares us, and let us run with endurance the race that is set before us,
2 looking unto Jesus, the author and finisher of our faith, who for the joy that was set before Him endured the cross, despising the shame, and has sat down at the right hand of the throne of God. (Hebrews 12:1-2 NKJV)

Our time here is so brief. Blink your eyes a few times and it will all be over. I pray we can all follow the example Jesus set by keeping our eyes set on our great eternal inheritance which God has promised to those who walk uprightly before Him, so we finish our race with endurance.

Thanks to Expat Gal for sharing this news story.

Maurice Sklar, dream about Iran’s soon major attack on Israel. He says the Holy Spirit wants us to pray that this doesn’t happen. Yesterday at 3:16 PM · I had a night vision/dream last night: I was observing a meeting of military leaders with the “supreme leader” of the Iran regime. They were seated at a very large conference table that was curved like an oval shape on the sides and square at each end. On the far end was the head man who had a white beard and was wearing a white head wrap and a long dark brown robe. Flanking him on both sides were men dressed in military uniforms. They were speaking in their language, but somehow I understood the conversation. In a nutshell, the leader said that Iran is in a crisis that is both from without and within. Within, he said, it was the rise of Christian revival in Iran. From without, it is economic. “The great satan”, as he called the United States, has nearly crippled our economy and is threatening our future. Then, he said, Allah had spoken to him to gather those in that room and tell them, “The time has now come to go to ‘war to end all wars’ and destroy the little Satan and to mortally wound the great Satan.” At first I didn’t understand what he meant, and then I realized this is referring to Israel and the US. Everyone at the table then applauded and shouted together in unison “Our God is Great(er)! And Death to our eternal enemies!” The leader then continued and said. “The mahdi messiah is about to appear and we are to prepare his way! Even if Iran falls, we must destroy the Zionist regime! All is now prepared! We have the weapons… Read more »

Yes, it is a time to gird up our loins and set our faces like flint towards what God has for us to do; not giving in to distractions, fears, or petty arguments. We must keep our hearts tender before him and not allow our love to grow cold. May God give us abundant grace to run this last lap before us with endurance, tenacity and hope for what he has in store for us.

I feel the same as you James and have for years

I read that article earlier. This part was highlighted to me:

“He was arrested in 2014, kept in solitary confinement for 65 days, and sentenced to a 10-year imprisonment for “conducting evangelism” and “illegal house church activities,” acts which the Iranian regime considers threats to national security.”

-“consider threats to national security” “arrested” “kept” “sentenced” for doing the things Jesus told us to do.

There is a youtube movie I shared at church called “Sheep Among Wolves Volume II”. A documentary that tells about what is going on in Iran, among fellow believers in Christ and the church growth in the underground setting. https://www.youtube.com/watch?v=9SAPOLKF59U

Separately, I have seen several Words lately that the Great Famine coupled with a terrible winter is coming which will bring out the underbelly of human nature with people trying to survive. Some believers that have seen this coming tragedy have seen unimaginable things like a mom desperately selling her 10 year daughter to an older man for food and security for herself, cannibalism, etc. 😢. Yet during this time, there will also be an opportunity for believers to witness to non-believers & allow an opportunity for these desperate & hopeless people that did not see what was coming to meet God whom previously they may have had no interest in having a relationship with Him. The entire situation seems very surreal…..

It’s coming and sooner than people realise. Things and events are going to get a whole lot worse before they get better.
The hour is late and the bridegroom approaches…