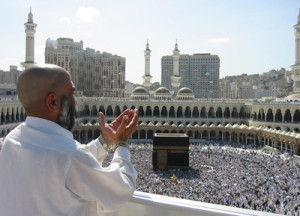 In 2007, prophetic minister John Paul Jackson received a revelation from the Lord regarding a perfect storm that was coming to America and the world. He saw this storm would last approximately 12 years beginning in 2008 and ending in the year 2020.

He calls it the perfect storm because it is a combination of five different storms coming together from five realms, which include military, religious, political, geophysical, and economic. It is the combination of trouble from all of these different areas at the same time that makes this storm so difficult.

This article describes some of the things coming from the perfect storm of religion.

In 2012, we saw some of the religious aspects of the perfect storm being fulfilled as the Arab Spring brought major upheavals throughout the Arab world. Moderate Islamic leaders were toppled and replaced by more radical Islamic leaders in several countries including Tunisia, Egypt, and Libya. Syria has been engaged in a civil war for months as radical Islamic elements, including Al Qaeda, are attempting to topple the moderate Islamic government there.

So what is next for these nations? According to what John Paul Jackson saw in 2007 the religious aspects of the perfect storm are not done yet. He believes any Arab nation that does not already have a radical Islamic leadership will soon have one. He predicts, “Any Arab nation that does not promote radical implementation of sharia law is going to have their leadership replaced.”

John Paul Jackson appeared on a Daystar television program called “Joni Table Talk,” which aired on November 23, 2012, where he warned about the perfect storm and how we should deal with the dangers of Islam. He said, “It is a mistake for any nation to think they can extend a hand of friendship to negotiate with radical Islamic leaders and expect them to accept our friendship. It is not going to happen because the Quran teaches them that anyone who does not believe in the Prophet Mohammed or in Allah must be eradicated or killed.”

Islam is not a religion of peace which has been hijacked and misrepresented by a few radical extremists. This is the current politically correct mantra repeated again and again by leaders in the United States government but it is a lie. The truth is anyone who becomes devoted to the teachings of Islam will become violent and murderous and extremely intolerant of anyone who does not accept Islam because that is what the Quran teaches them to do. This is the very heart of Islam. The Quran instructs them to kill the infidels, the unbelievers. This explains why so much of the violence and so many of the wars waging around the world are instigated by Islamic factions.

John Paul Jackson explained, “The goal of Islam is to form a caliphate, which is a form of government where the officials from all different Islamic nations come together as representatives of Islam to implement a government according to strict sharia law. After they come together their goal is to appoint one worldwide Islamic leader of the caliphate.”

Islam is more of a political ideology than a religion. It hides behind the guise of religion and uses religion to control the people and to deceive them into believing they are serving God. Islam is all about worldwide domination.

The Lord showed John Paul Jackson in the perfect storm things would get to the point where it would become very difficult to identify what is causing the problems. He explained, “Is it the economics that causes the religious upheaval or is it the religious upheaval causing the economic problems? For example people would say in Egypt the upheaval was caused by increased food prices or increased unemployment when the reality was the economic problems were used as an excuse to replace the moderate Islamic leadership of Egypt with more radical Islamic factions. This is not to say that President Mubarak was good but the purpose of the upheaval was to replace him with much harsher leadership.”

The liberal news media in the United States along with liberal politicians, including President Obama, foolishly celebrated and embraced the Arab Spring as if it was a victory for liberty and democracy around the world. Nothing could be further from the truth. Now that it has been a year since the upheaval started it is much clearer that the Arab Spring was a tragedy for liberty and democracy. Wherever Islam is adhered to strictly there is no liberty or democracy.

The only reason liberty and democracy prospered in the United States was because it was founded on faith in the God of the Bible. The Bible says where the spirit of the Lord is there is liberty. The American form of government has lasted for over 200 years because it was built on a firm foundation of faith in the one true God. All attempts to build our form of government on a different foundation will fail. It is God who prospered us and blessed us and raised us up to be a blessing to others around the world. Without Him our system of government fails.

The God of the Bible is not the same as the god of Islam. This is a very important point. This explains why we have enjoyed so many blessings in the United States and why there has been so much suffering wherever Islam is followed.

We are now less than half way into the perfect storm. John Paul Jackson expects the religious storms to continue as radical Islamic leaders continue taking over the governments of other Arab countries like Saudi Arabia, Iraq, and Jordan.

President Obama claims America has achieved victory over Al Qaeda and that the threat of Islamic terrorism in the United States is now over. While many have believed his claims, the day is coming when all Americans will unfortunately see that he was lying. The truth is radical Islamic terrorism is far from over in the United States. Unless America returns to the faith of our fathers and turns away from our sins we will begin to see terrorist attacks in public places similar to the attacks that have been taking place in the middle east for decades.

Islam is only one part of the religious aspect of the perfect storm. The perfect storm is also going to bring shaking to Christianity, exposing false doctrines being taught in Christian churches around the world. Many Christian leaders are conforming to the world rather than transforming it, calling evil good and good evil, embracing homosexuality as an acceptable lifestyle, and teaching heretical doctrines such as the claim that faith in Jesus Christ is not the only way to get to heaven.

God is not causing the perfect storm nor is He pleased by it. The storm is caused by our country turning away from God and removing him from our schools, our public buildings, and our government. We have made it very clear to Him that we do not want Him to be with us. Therefore it should come as no surprise when we no longer have His blessings of provision or protection.

To see more prophetic revelations God has given to John Paul Jackson, please see these posts: