You are here: Home » Prophecies » “Tell them… tell My people to come, I prepared it for them.”
Share this post: 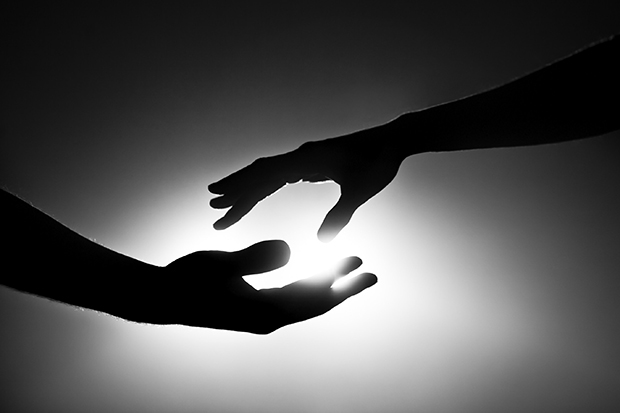 I was just praying and thinking about Gods heart for us as His children. And suddenly, God took me into a vision.

I saw God do the most amazing healings in people’s hearts and bodies, inside and out. I saw Him move from person to person and release from His heart, exactly what each person needed to keep going. I saw people suddenly break through in areas they have been challenged in for years. Some actually ran around as if set free from a cage.

I saw many broken people receive healing physically, mentally, emotionally, financially, relationally and deep heart surgery from our Father. It was like we were all wounded in some way because we came off the battle field in the Spirit, and the battle was fierce and literally tore people apart.

But I saw this absolutely beautiful place with so much light and a warm glow. It just drew me into it. It was very strange that in the middle of a very dark war going on, right in the center of the chaos and confusion, it seemed almost out of place and it seemed impossible.

It was like a Heavenly Hospital, a place of healing, love, and peace, and it was like nothing I have ever seen before. And God Himself seemed to be with each and every patient having this heart to heart, deep to deep impartation. His hands were tender and each place of wounding He just touched and it was healed.

For some people, their entire bodies were literally falling apart and Father God would just hold them so tight, and suddenly they were totally healed and not just healed, but made whole.

I saw much more, but I can’t yet articulate what I saw. So I asked God, “But what is this place?”

He looked at me with the most loving eyes I have ever experienced, like He was looking to me and through me, and He said, “You have found the place I have been wanting My people to find, but they were too busy fighting the war. They were so used to doing things for themselves and their way, they didn’t see what I have for them in this place.”

I asked again, “But Lord, what is this place?”

He bent down and whispered in my ear, “It’s My Secret Place of INTIMACY.”

I began to sob as I heard INTIMACY… It’s a place I knew only too well, but I had found that I was too weak to even go to that place with my Father. It’s like I just kept fighting and yes I stepped many times into that place, but I had no idea that it was right there… right in the middle of the battlefield.

It was at that moment that I knew, God had allowed me to find this place, but not just for me. He looked into my eyes with tears pouring down His cheeks and said, “Tell them… tell My people to come, I prepared it for them.”

Shew. I felt like a bolt of lightening went through me, as I suddenly understood. The children of God had tried to fight their own battles, and they were losing because had not seen the Secret Place of INTIMACY with our Father, a place within the worst battle ever, where we find a depth of healing found only in being saturated and immersed in His Presence.

I asked God to forgive me for trying to do things my way, and I committed to spend more extended time in the Secret Place of My Father, the place of INTIMACY. I realized then, that as a passionate worshiper, I have literally lived in that place of His Presence, but He was about to open up to me, and anyone else who would take the time to be with Him, a level of INTIMACY like we have never ever experienced, a new level that the earth has not yet seen. And it will happen in small pockets all over the world. I realized this is what I wanted, so I took His hand and walked with Him and realized I had to obey His word not only to come, but to tell others, to show others, to impart to others, to come to the Father’s place of INTIMACY.

The writing of this word is my first, be it almost feeble attempt, to share what I saw in this open vision. I know it’s not a big thing, but I will humbly await instructions from my Father. As now as I write, I suddenly see many others coming, who the Father showed the same thing and now they understand what they saw.

We as Your children Lord, we come, and in that Secret Place of INTIMACY with our Father, we await Your instructions. Speak Lord, Your servant is listening.