You are here: Home » Prophecies » Some things and some people are about to come crashing down.
Share this post: 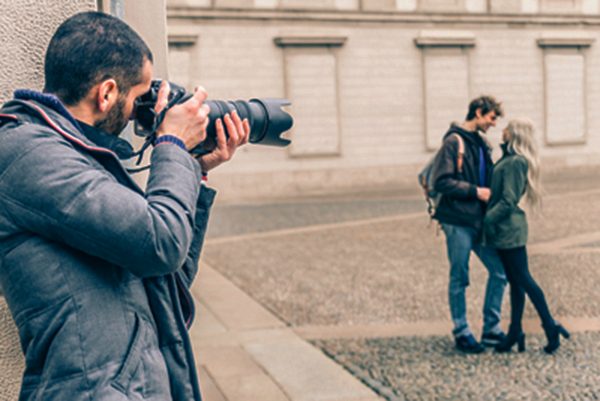 This morning, the Lord was showing me things which are out of balance. I saw things in the nations and in homes which are not level or balanced. I began to understand that some things and some people are about to come crashing down.

Then I began to see people being caught in infidelity. Some of these people were well known as celebrities and leaders. Others were unknown, but what was common to all was that they will soon be exposed.

I asked the Lord if this was about something in the natural or something spiritual, and the Lord said both. Then He said, “I cannot bless those who are unfaithful in their relationships with Me and their spouses.”

Then I saw some people being exposed. Instead of becoming humble and repenting, they became aggressive and defended their behavior based on things contrary to the Word of God and the social norms of the majority of people. Their attempts to justify their behavior made them look worse and increased the danger of their falling away. The real danger is that they have chosen to step outside the Lord’s blessing and favor. When they are exposed, they will not have a defender or advocate, and their fall will be great.

There is a strong need for repentance and getting back into a right relationship with the Lord and other people. To some of you, I am supposed to say, “You are in great danger because you have stepped out from under your cover of protection. Don’t try to mix your faith in the Lord with other belief systems. Do not embrace socially accepted but immoral lifestyles. The patience of the Lord is at an end. Repent now and get back into a right relationship with your first love.”

“Nevertheless I have this against you, that you have left your first love. Remember therefore from where you have fallen; repent and do the first works, or else I will come to you quickly and remove your lampstand from its place—unless you repent.” (Revelation 2:4-5)

Your prophecy is being fulfilled! http://christiannews.net/2017/04/27/irs-investigators-raid-texas-office-of-prosperity-preacher-benny-hinn/

Judgement is at my house….

One month ago I wouldn’t have imagined what has transpired in my life. I was called back to God in November and have gone deeper and deeper into love with Him. I have gone from what I thought was a fairly stable relationship with my husband to nothing. He has told me that he no longer loves me. I do not believe there is infidelity. Where I used to feel love I feel rejection and disgust. 21 years, 5 children, churchgoers.

This forced me to put a mirror on myself to see where my sins were in this and yes, there are many. I have asked for forgiveness for my parts from God and from my husband. My husband, however will not forgive me and will, without God’s help, hold on to this festering anger about “having lost a very large chunk of his life in unhappiness”. He is also unable to see that it was both of us, not just one or the other who is responsible. He believes it is me and my fault.

Regardless of our marriage surviving or not, I am praying for him to be able to love God and let it go. I want our marriage to succeed and had the epiphany from God that it can succeed with HIS love at the center, which has not ever been the case, I believe. My husband is not willing to try. He says he is done with me. I want to have God at the center and have put him in the center of my own life, but God needs to be welcome by both of us.

I have read in many places that God is purifying our lives and burning away anything that is not aligned with His will, so I will accept his will and have put the love of the Lord above my husband. Rather, that is a process that is happening now and I need prayers for that too.

I have felt pains in the past 2 weeks in my heart that I have never experienced, even with the loss of my mother. Deep pains that I know weren’t even the tip of the iceberg compared to Jesus’ pains during that separation you wrote about. I am sorry for my sins that have caused you pain Jesus. I can’t imagine the burden with how much this is breaking me, that our sins cause to Jesus.

Please lift myself, my husband, and our 5 children up in your prayers. Of course I would love for my marriage to be saved which would mean that my husband has come to know God’s love, because without that, I know it isn’t happening. And even if it doesn’t work he still needs to find God’s love in order to release his anger and have a chance at any happiness.

Will pray for you and your family Sarah. Lots of love and hugs xx

Sara will pray for your husband. God can reach anyone. You watch.

“The Jewish Passover was near, so Jesus went up to Jerusalem. In the temple complex He found people selling oxen, sheep, and doves, and He also found the money changers sitting there. After making a whip out of cords, He drove everyone out of the temple complex with their sheep and oxen. He also poured out the money changers’ coins and overturned the tables. He told those who were selling doves, ‘Get these things out of here! Stop turning My Father’s house into a marketplace!'” – John 2:13-16

After I read this verse recently, a person’s name who I will not mention came to mind. This person makes a lot of money by scaring people with alarmist news and end-times prophecies and selling gold, silver and survivalist products. I felt in my spirit that the Lord has had enough of this and will bring judgment for it. The ministry of the gospel and the kingdom of heaven is not supposed to be a commercial enterprise.

Understand it is judgement.
Rev.18:2 (And he cried mightily with a strong voice, saying, Babylon the great is fallen, is fallen, and is become the habitation of devils, and the hold of every foul spirit, and a cage of every unclean and hateful bird. 3 (For all nations have drunk of the wine of the wrath of her fornication, and the kings of the earth have committed fornication with her, and the merchants of the earth are waxed rich through the abundance of her delicacies. 4 (And I heard another voice from heaven, saying, Come out of her, my people, that ye be not partakers of her sins, and that ye receive not of her plagues. 5 (For her sins have reached unto heaven, and God hath remembered her iniquities.
Rev. 18:23 (And the light of a candle shall shine no more at all in thee; and the voice of the bridegroom and of the bride shall be heard no more at all in thee: for thy merchants were the great men of the earth; for by thy sorceries were all nations deceived. 24 ( And in her was found the blood of prophets, and of saints, and of all that were slain upon the earth.
**Dear Lord, Judgement has come to us. My Father, see the judgement has come even to our very door. You have called your people out, as we prepare to leave and be with you, we are cursed and hated by our own loved ones, they cry out to us, it is your fault, you Christian’s, you serve and worship a false god
Father I cry out for my deliverance of this place that is soon to see your full judgement. Your word has given me great comfort in my pain of rejection. As they reject me, so as (Jesus) they have already rejected you. Now it is I who cry’s out “how long Lord”?
Jesus, show me and teach me how to stand a little longer with You and in You, while I am still here on this earth trying to serve and love you Father God with all of my heart. Find me worthy Jesus to escape the things that are soon coming, but are even here now.
The days grow weary and there is no peace except in You, Father God. Help me Jesus to stand a little longer. Impress upon me, this is not a party here right now, we are entering into the end of days, your days Lord. This is judgement and we will begin to start feeling the heat and the dark edges cutting away at our very souls. I pray for this soon deliverance in your Holy name, Jesus Christ, my king!!

“The Way of The Shack Crowd” by Pastor Charles Lawson.
I truly believe that this outstanding message correlates directly with this article.

Thank you Peggy Ann for posting this sermon. What a powerful sermon! What is sad is that my own pastor has promoted seeing the movie “The Shack.” Pastor Faircloth has warned against it too. Pastor Lawson and Pastor Faircloth are 2 Holy Spirit filled men! Love their sermons!

You’re welcome, Sherry, and God Bless You!
Discernment is so imperative in these times!

For anyone that would like to further educate themselves about the pitfalls of “The Shack,” please see the link below. There are several sources of information included. I would also recommend Pastor Charles Lawson’s Sermon which I have posted above.

All I know is that when I listen to Pastor Faircloth and Pastor Lawson preach, I get a stirring in my soul! They are such powerful preachers and men of God! They are not afraid to speak the truth and to let us know we are in the end times. Here is another one of Pastor Lawson’s sermons that goes along with what Pastor Durham has posted above. http://www.sermonaudio.com/playpopupvideo.asp?SID=42171254250.

Sherry,
You are so right. The link you just posted, “The Spirit of Jezebel,” is indeed another relevant and powerful sermon by Pastor Charles Lawson!