You are here: Home » Church » Remnant » Paul Keith Davis: “Moses My servant is dead. Arise now and cross the Jordan.” 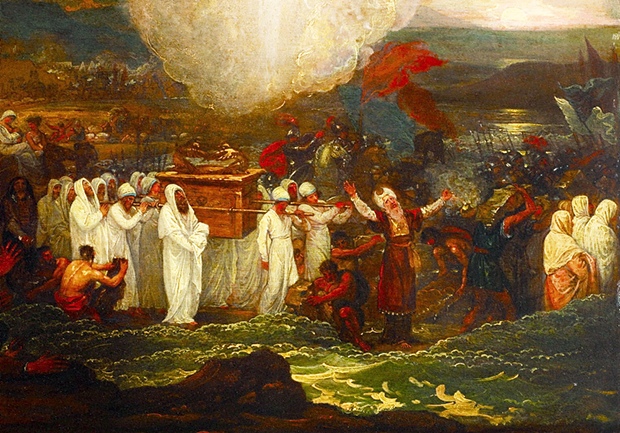 Paul Keith puts it in perspective by pointing out Billy Graham’s death marks the end of his generation because he was the last remaining general from his generation, which included great leaders like TL Osborne, William Branham, and Oral Roberts.

Paul Keith believes we have come to the end of a 14-year season of preparation and have now entered a new 14-year season of harvest. The season of preparation was not only about refining our character, but also refining what we believe because God is going to anoint His word in us, which is what will produce the fruit of the harvest. In this new season, we will see a shift in emphasis from preparation to harvest as the sons of the kingdom emerge, entering our inheritance and beginning to manifest the kingdom of God on earth by doing the greater works, fulfilling the prophesy given to us by Jesus. (John 14:2)

Paul Keith compares the passing of these leaders to the passing of Moses, which marked the end of a season of wilderness and the start of a new season, entering the promised land.

1 Now it came about after the death of Moses the servant of the Lord, that the Lord spoke to Joshua the son of Nun, Moses’ servant, saying,
2 “Moses My servant is dead; now therefore arise, cross this Jordan, you and all this people, to the land which I am giving to them, to the sons of Israel.
3 Every place on which the sole of your foot treads, I have given it to you, just as I spoke to Moses. (Joshua 1:1-3)

And as they crossed the Jordan, God promised, “Every place on which the sole of your foot treads, I have given it to you.” I believe the same promise applies to us today as we are now taking possession of all God has promised us.

Paul Keith concludes with these words,

Please also pray for the family of Prophet Chuck Youngbrandt who I heard passed a few weeks ago. God is calling HIS Generals home, but there is still juch work to do. Let their ceilings be the floor we build upon. Shalom and God bless!

John 12:24 AMP: I assure you and most solemnly say to you, unless a grain of wheat falls into the earth and dies, it remains alone [just one grain, never more]. But if it dies, it produces much grain and yields a harvest.

Brother S. Peter I meet Chuck in 1999 and became a member of the Net of Prayer , he taught me much about Spiritual warfare . Chuck died 11 days before Billy Graham on Feb. 10th at 7:10 AM . I believe in 14 years JESUS will have been sitting on HIS Throne in Jerusalem for 7 years from GODs signs . Chuck Youngbrandt was a Mighty man of GOD and I have seen this with other prophets , when they get into date setting , they are normally wrong & have missed GOD in this area . In 2005 Chuck was sure we would be in the Trib . by 2012 , he was wrong , I have seen this with other prophets too , GOD is the only one that knows the day and hour as HE says , HE is not going to give that info , HE wants us looking up daily . I believe we can only go with HIS signs from the written word on timing . Good word other than the date setting which is probably wrong from my experience , Blessings all & thanks James Bailey .

Join the discussion I have been a member of Chucks prayer operation for about 20 years the things that are happening now with the DOJ, FBI Hillary the memos and the rest of the investigation’s all started the day after we ended the last prayer operation as directed by Chucks letter. Been waiting for next letter I didn’t know that he went home to be with the Lord. The things that happened in all of the prayer operation that were directed by Chuck were truly amazing and faith building for me. I understand that has visions and testimonies were so amazing that they were hard for many to believe but with patience I saw and am still seeing those prayers unfolding before my eyes. It is amazing how that such a small group of people can pray and change the internal working of governments. The evil is held back by us believers we rule as kings with him Jesus our Lord we destroy the spiritual ruler of the darkness we have authority to do that, I speak to them we don’t speak to the air, we all, all believers have this authority but I think that many don’t realize that they have it I think many believes forget what they prayed for and don’t have patience enough to see them happen. The scripture says watch (your prayers) with all perseverance .

Blessings Brother Tom , I was in Gods Glory prayer group , Chuck lead us in some powerful Spiritual battles and we have seen GOD hold back the tide of evil under Chucks tutelage . I don’t even try to tell people the things we have seen in battle with Chuck and how prayer is such a powerful weapon when believers pray together with one heart & mind like in the book of Acts . I am just a prayer warrior , not a teacher , would not know how to even explain it to people . One can put a thousand to flight , two can put ten thousand to flight , Chuck made this so real , I will miss the great battles and who is to replace him . He will not be here now when the tiny star / meteor comes to gather the 1,000 needed to stop it . Blessings my friend .

Join the discussion and blessing to you brother John, I was in living water prayer group for about 20 and know with you are talking about I don’t think even may believers would believe the battles that were won or the things that were seen in the Spirit in those time with Chuck even if there were told. I miss those glorious battle too I am just guessing but I think that something like the mantle like the Elijah and Elisha thing will be passed on to someone because the work that chuck was called to do (trip to the east coast) wasn’t completed. I waked with the Lord when I was 15 years old he came (appeared to me) and talked to me, two nights after Gabriel came to me and said ” the LORD has chosen you to bear HIs name at the time of the end” that was 60 years ago I’m 75 years old now. I have been a reject most of my life I know what the life of Paul was like I lived through a lot the same kind of things he did with miracles signs and wonders I died twice and was bough back I have been in jail one time I was facing 99 years in the beginning I sure didn’t live the life of a saint I had bad beginnings but like Paul I can say out of them all he delivered me He chastened me I needed a lot of teaching I could not read or write in the beginning One time in jail I was going to kill a guard and he spoke to me with a audible voice and said (pray for him ) it is along story my life was one that can testify of His amazing… Read more »

Amen Brother Tom , what a walk . If it makes you feel any better I have always been a bit of an oddball / unique my self . Tom please keep James Baily , Z3 and the people here in your prayers brother , the LORD is telling me HE is going to do a Great work here that will lead to many souls being saved & I sure could use the help if you would stand in the Gap with me for Z3 . Blessings & Prayers John

I have listened to Paul Keith Davis for years. He is a true servant of God, anointed and accurate. This is a really good word.

Thank you James so very much for posting this. Very important and meaningful Word from Paul Keith.

Wonderful message. Harvest is much more than evangelism!

Thank you for sharing this. I feel it in my heart that we’ve entered a new season and it will be unlike any other. I don’t think we can have too high of expectations for what God will do in and through us. His Word will not fail!

I agree, Rachel. I believe from the growing intensity in my dreams that the outpouring that is coming is going to radically revolutionize the way we think about church. I doubt there is much in church history that resembles what is coming.

James take a look at this revelation of Billy Graham and other 9 people by Veronica west
https://www.hiskingdomprophecy.com/heavens-government-being-establish-on-earth/

Paul Keith Davis has grown into a might man of God. In these last days Our Father will use him greatly. Paul has a mantle from Bob Jones on his shoulders and that mantle will be evidenced by signs.