You are here: Home » Prophecies » Orchestrated Attacks Will All Occur at The Same Time in Different Time Zones
Share this post: 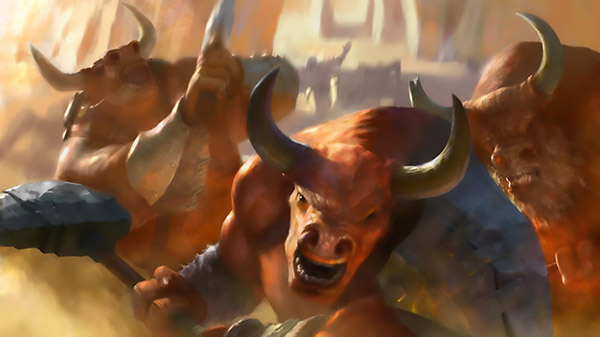 While I was praying on Wednesday November 11, two days before the coordinated Paris attacks, I began to cry uncontrollably. This only happens when I know “something” is going to happen. I begin to feel like this when a major earthquake or other major disaster is approaching.

Then Friday, early in the morning, the day of the Paris attacks, I had a dream. I saw huge bulls roaming loose on the streets. They did not seem like normal, cattle bulls. They were huge, muscular, and they looked aggressive. They were in various locations, all roaming loose. I knew their mission was to hurt the people.

Then I saw fire engines and police racing to locations where the bulls were. I was in a car and could see the bulls running. I was not fearful.

Later that evening, when I read about the Paris attacks, I knew the dream was linked to this event.

Additional Revelation Given to Debra Walker:

The bulls are certain demons or demonic spirits, some of which pushed the Muslims to act in Paris. Paris was practice. They wanted to see whether they could be successful in getting various groups to synchronize watches and then also hit their assorted attacks at the same time.

These bulls/spirits have been sent to many locations around the globe, especially where there are significant numbers of Muslims among non-Muslim populations. I received understanding from the Lord that the upcoming huge, coordinated Muslim attack is not limited to the USA. When the attack comes, it will be everywhere they are in the world. Their dual purpose is to instill terror as well as annihilate those who will not convert to Islam. Thus their intent is to have the orchestrated attacks all occurring at the same time in different time zones. It will only take three time zones for people around the globe to realize this, and then as the planet turns and the designated time comes upon each area, people there will be exceedingly fearful, terrorized even before a single, local person is killed. I believe the attacks will start in the Eastern time zone.

Some “fire engines” will actually be the paramedic engines, and some will be the fire engines and fire trucks sent to extinguish the fires resulting from explosions.

Most of this dream is understood in the revelation, because it is primarily a literal dream (“night vision”) rather than a parable or metaphorical dream. (Although one must keep in mind that the “bulls” will only be seen by certain saints to whom the Lord has given that particular gift of visual discernment. Those who see, pray to break their power!)

Nicole’s car represents her vocation from the Lord, her ministry. She was driving because this event marks the time of transition she will experience in expanding into the apostolic. She had no fear because she is founded on the Rock.

Every saint who still experiences fear when reading a post like this, or who worries that they will be afraid when the time comes – decide now to stand on the Rock, Jesus. Out loud, in Jesus’ name, break the power of fear in your life. Renounce the hold fear has had on you. Declare the truth, that you are a child of the Most High God, and fear has no right to attack you. Bind fear in hell, to stay there until Jesus sets it free, and forbid it to return. Decree that from this day forward, you will fear none but God. Read out loud your favorite Psalm(s) that declare you are protected by God. (Psalms 63, 80, and 91 are all good examples with different emphasis; there are many others.)

The people who will conduct this jihad are evil to the core. And yet, God created them in love. We feel for all those that are not saved – including the jihadists – and who have no hope. Think of all the lives lost on the Russian plane, and in Paris, who rejected Jesus. Our hearts should hurt for them, being separated from our heavenly Father for eternity.

Pray, saints, pray! Pray like never before! Pray for their salvation. Pray that as people realize this jihad is coming to their time zone, they repent and turn to Jesus! That is the heart of the Father. Pray that these shakings bring repentance and revival for the harvest proclaimed in God’s word.

Matthew 5:44-45a KJV: “44 But I say unto you, Love your enemies, bless them that curse you, do good to them that hate you, and pray for them which despitefully use you, and persecute you; 45 That ye may be the children of your Father which is in heaven…”

Revelation 14:15 KJV: “And another angel came out of the temple, crying with a loud voice to him that sat on the cloud, Thrust in thy sickle, and reap: for the time is come for thee to reap; for the harvest of the earth is ripe.”

Nicole Moore is a devoted Christian, mother, and church member. She devotes herself to prayer and fasting and receives prophetic dreams from the Lord.

I had the sense yesterday that there may be coordinated attacks at movie theaters nationwide when the new Star Wars: The Force Awakens is released on Dec 18th. If pre-ticket sales and hype are any indication, the movie-goers and theaters would be considered a relatively easy “soft” target by terrorists. An attack of this nature would definitely effect the Christmas shopping economy and potentially cause disruptions and mayhem prior to Christmas. The movie title alone may serve as a metaphorical influence for terrorist’s inspiration, as well. Pray that conspirators and possible perpetrators will be discovered and plots uncovered.

More good logic, Matt. And I’ll join you in that prayer!

Anonymous is another controlled opposition organization run by secret service agencies like the CIA.

Matt, the only worldwide-jihad-in-a-few-hours Target line item that includes the USA (Rome and worldwide) is the Feast of Christ the King, celebrated primarily by Roman Catholic but also many Protestant churches. Since I don’t remember ever hearing about it before, I’m not thinking that it’s a huge deal, but I could be Way off. In any event, how much detailed knowledge about which churches celebrate it and which don’t would ISIS have? Or would they care? I’m not declaring that it is, but I wonder if this is the fulfillment of Nicole Moore’s jihad warnings as posted in multiple articles on this site?

Thank-you Nicole and Debra for the post, including all the insights.

You are always welcome, Peggy. But the insights are from the Lord.

The first “event” that came to mind pertaining to this post is New Years Eve. It’s celebrated by everyone but at different times depending on what time zone you are in. This would be a great time for terrorist because lots of people will be in public areas, it will be dark, and most will be impaired due to alcohol.

Good logic, Miles. But the Lord has Not revealed a date.

Wow, wow, and Wow! Thank you for sharing, Max.

This post reminds me of the warnings by Michael Boldea, Doug Metzger and a few other men of God plus a few military intelligence experts that the next 911 will be a series of nukes going off simultaneouly across a number of major American cities. Check these links for more info:

Another thing I heard about from “The Hawk” broadcast is Operation Blackjack. . . it was a series of “cartoon strips” from the UK in 2012 . . . basically lines out what will occur to make Canada, USA and Mexco into the N. American Union. It includes terrorist attacks. (can we say “prep the masses”?)

Here’s the link for a video about it: http://youtu.be/TEK55TanhbI

Yes, Linda; I saw that too. It is at least plausible, and certainly fits the elite’s pattern of making these “warnings” via movies, comics, and whatever (to assuage their guilt, I assume) public.

Found this on one of Lindsey William’s interviews

Revelation of the Method

The elite’s do tell us through their books and publications, movies and news releases what they are doing – this is called Revelation of the Method. If you are too stupid to recognize it for what it is that is your problem from their point of view. It is a form of ritual mocking of the victim.

“required by THEIR god (Lucifer) to tell you.”