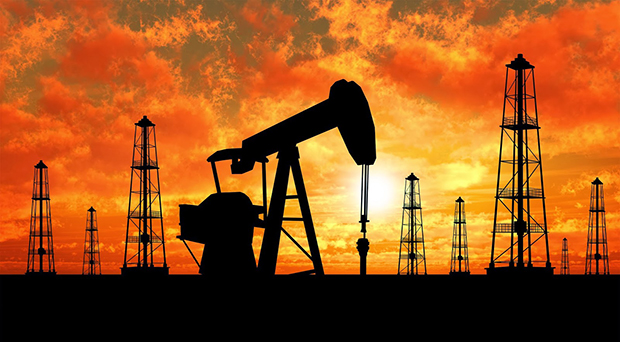 During my prayer time today, I saw oil prices shown in bold black numbers on a white background. At first, the price was $21.50. Then instantly, the first two numbers changed places and the price was $12.50.

Crude oil is currently trading for $46.94, so dropping to $12.50 would be devastating to the industry and our economy overall. Investors get concerned when oil prices get too low because overly leveraged oil companies are no longer able to service their debt payments, which causes trouble for financial institutions as their outstanding loans go into default. So, extremely low oil prices can damage and severely weaken our entire financial system.

Dropping to $12.50 per barrel sounds hard to believe. It would likely require another massive disruption in global demand. However, there have been recent prophetic warnings about a disruption coming. Economist Martin Armstrong has also issued a warning of a possible military conflict on September 11-12.

In a previous post, I shared prophetic insights showing silver prices dropping to $9.50, which also sounds hard to believe. As commodities, silver and oil often move in the same direction. The last time silver was that low was September 2008, during the peak of the housing market collapse. So when we see prophetic warnings of silver and oil prices dropping to these extreme low levels, it tells us extreme trouble is coming.

Everything God reveals is important, so I believe the price instantly changing from $21.50 to $12.50 indicates a sudden drop from a price that is already dangerously low. I was not shown any dates.

Hi James – On Aug 2 last year you posted at article from Dorothy Degman titled “Prophetic Dream Reveals Spike in Oil Prices Followed by Crash” – which adds context to this artilce (which has had very few comments) – Thought I would add a conjecture and observation here. First – a conjecture – about a spike in oil prices – might this be caused by fear over the middle east. Seems 2018 will see conflict break out – many propetic words on this. Add to this the general sense that we are nearing a crash, and a rise in FAZ (financial sector in trouble) – might we see a subsequent drop in oil as commodities across the board drop in price – which would cause untold stress on the banking sector. Now for an observation – looking at the monthly chart of WTI oil. – there were two noticable drops in oil price – the first in 2008, starting in July lasting 7 months – a drop of over 100USD. The second in 2014, again starting in July and lasting 7 months – a drop in 60USD. Although a conjecture – it would seem there is a good chance we will see similar action this year. I am currently looking at end of the year options on Oil Futures (CME Group Options page) – where they become inexpensive the furhter out of the money you go. Perhaps the ‘spike’ in oil prices as shared by Dorothy would signal a time to get into PUT options – with expirations about 7-9 months out. A lot can happen over that period of time. I am just putting this out there for consideration – by combining the insights of both of these posts (yours and Dorothy’s)

Thanks for those insights John NZ. It makes sense with the rumblings of war and the news coming from the Middle East, so maybe this is when oil spikes. I think silver will be spiking too.

Hi James – I just heard an interview of Gerald Celente on Greg Hunter’s USA Watchdog channel on Youtube. His outlook underscored a lot of concerns – since he is a very astute trends forecaster – he mentioned during the interview the impact of a Middle East war and what effect it ‘might have’ on the price of oil. He mentioned the possibility of it breaking 100USD/barrel. I did some resarch – and there seems to be various views on the matter – but with the prophetic words shared here at Z3 – particualry Dorothy Degman’s seeing a sudden and dramatic rise in oil (before its dramatic fall) – I have decided to enter some CALL positions – Strike 71.50 – Expiry April 18th. They are relatively inexpensive (150USD) – these are offered on my IG Markets (Australia) platform – but I think they can be had even through american brokerages – since they are settled by NYMEX. I wanted to share this idea with the Z3 community. Effectively these instruments are options on monthly oil futures. I plan to enter a second position for May expiry – once it becomes available.

There are several prophetic warnings of war starting soon, but so far none have identified where. If it is in the Middle East, oil prices should move up. I am also expecting silver to move up when equities are falling.

anyone following correlation of gold/silver to oil? If oil dropped that much what would speculation be toward silver/gold?

As I mentioned in this post, prophetic insights have shown silver dropping to $9.50 per ounce.

James, I see that oil is at about $25 per barrel this morning. I wanted to remind everyone of this post as we are getting close to the $21.50 you saw in your prayer time. With the economic crash we are now experiencing and the glut in supply, it now seems plausible that it could suddenly drop to $12.50 sometime soon. It also seems plausible that silver could quickly drop to $9.50 per ounce as seen by Pastor Louie McGeorge.